Mundaka, the capital of surfing

Apart from having an amazing coastline, Biscay has something else to offer as well: great surfing for the board enthusiasts

Mundaka beach holds a special place in European surf. It is considered to have a dream left-handed barrel wave, the best of the continent and possibly the best river mouth wave in the world.

Once there you will see why Mundaka is held in an almost mythical status. This reeling left hander attracts hundreds of surfers and can produce 4-metre-high waves giving rides of up to 400 meters.

The waves are perfectly groomed by a S-SW wind and strong NW swell that can break along the triangular sandbank, resulting in leg burning rides and deep barrels.

Huge swells roll in from the Bay of Biscay and slam into the rocky coastline of the Basque Country.

The estuary at Mundaka has created a perfect sandbar which forms hollow waves that can be watched from the town’s harbor wall.

This perfect left wave is next to the port and town of Mundaka, a delightful fishing village unspoilt by its surfing fame.

The left wave has turned Mundaka and the whole Basque country into a favorite destination for all board enthusiasts. Mundaka welcomes all kinds of visitors and surfers with open arms, delicious food, breathtaking scenery and friendly people.

Ever since it was discovered in 1970s, this beach has become a favorite for surfers from all over the world. Autumn and wind conditions include strong winds and together with the incoming low tide create waves for the more experienced surfers. When the waters are calmer, less experienced surfers can enjoy the waves that are less than a meter high, but always minding the currents coming from the river.

If you visit Mundaka to try its famous wave and it is reluctant to appear, do not despair. Because of its orientation, Mundaka wave breaks less often than the waves on the surrounding beaches, but good things come to those who wait, right? However, if you are impatient, even though it is not exactly the same, there is surfing on the other side of the river, at Laida beach, with long and soft waves.

But there is much more to Mundaka, than just surfing. One of the prettiest areas is Mundaka’s old port area, surrounded by colorful traditional Basque houses, small fishing boats and a lovely little sandy beach. It’s a great place to walk around, have a drink or a meal in some of its numerous bars and restaurants and a perfect place for the bravest to take a dive off its dikes. Casco Viejo (the Old Town) is the best place for poteo (bar crawl including drinks and snacks) with narrow cobble stone streets and dozens of bars to choose from.  A few kilometers away, you can make a day trip to the iconic San Juan de Gaztelugatxe sanctuary.

If you find yourself in Mundaka in mid-July, you are in luck, and you should not miss the Bay of Biscay Festival. sThe Festical takes places at Bermeo, a small fishing village located very close to Mundaka and it has become a go-to festival for national fans of indie, pop and rock music. It is a unique festival that combines music and culinary scene in an exceptional natural setting that attracts thousands of visitors each year to see artists like Rufus Wainwright, Caravan Palace, Fuel Fandango, Mon Laferte and Tarque, between other groups.

Mundaka is very well connected with the rest of the towns by bus and train. From central Bilbao, the best way to get to Mundaka is by taking the train to Bermeo in Bilbao at the station of Casco Viejo/Zazpikaleak and getting off at the Mundaka station. Have a look at the schedules. 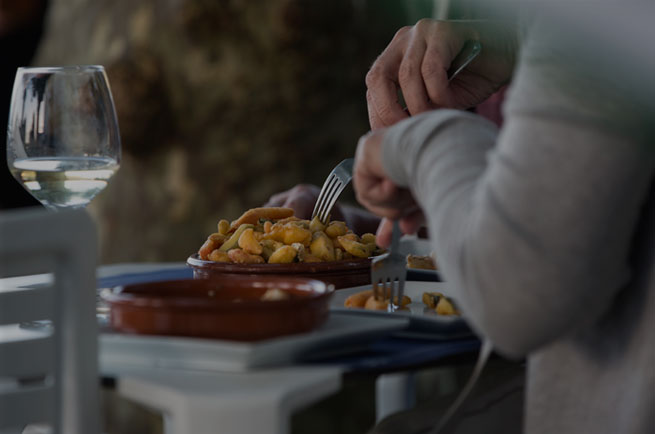 When the hunger strikes, the best place to have some pintxos are bars in front of Atalaya, a lookout with the best views of the Mundaka wave. 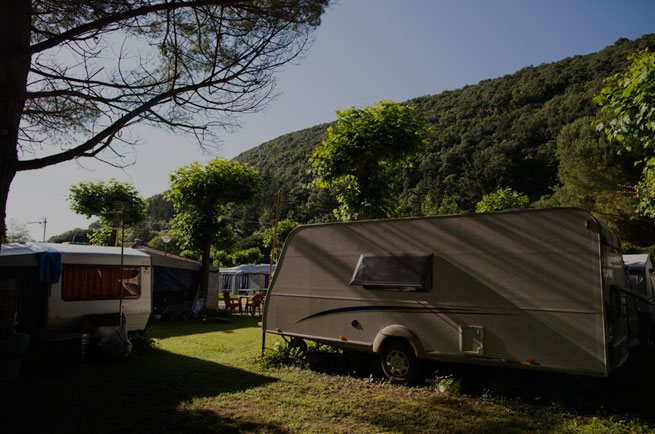 Although Mundaka is a small town, you can find different accommodation options like tourist apartments, camping sites and bungalows, different hotels and inns.

If you are traveling to the Mundaka Festival, a local travel agency offers tickets + accommodation package.