The oldest town in Bizkaia has managed to maintain its medieval character over centuries since its foundation in 1199.

Balmaseda is located in the area of Las Encartaciones (Enkarterri in Basque) just at half an hour’s drive from Bilbao. This villa, built over the Cadagua river, preserves a special and charming aspect that sinks its roots in the Middle Ages. During this period, Balmaseda was a recognized passage of goods between the Castilian plateau and the rest of Europe.

This medieval past can be seen in its buildings, traditions and festivals that are still celebrated today. Its cultural heritage is vast. In the very centre of the city the imposing churches of San Severino and San Juan Bautista can be seen, both from the 15th Century. The convent of Santa Clara and the palaces of Horcasitas and Urrutia also stand out. The iconic Puente Viejo (Old Bridge), in addition to being such a beauty, it is also noteworthy for having functions as a customs office, due to its strategic location for the transport of goods. 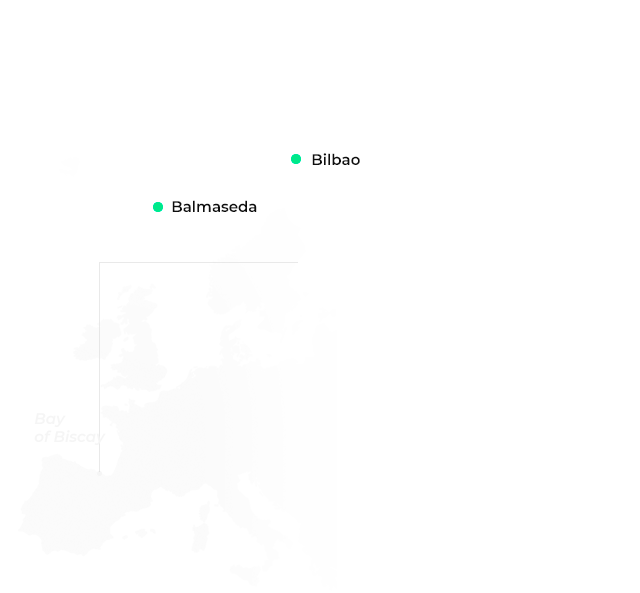 Balmaseda is renowned for its important historical heritage, its rich traditional gastronomy and the forests, mountains and rivers that embrace it. An excellent place to relax, enjoy the environment and learn about the history of Biscay.

Beyond the city centre, many outdoor plans can be made as this area is surrounded by mountains. One of the best known routes is climbing the top of Mount Kolitza (879m.). This summit is one of the bocineros mountains, the five Biscayan peaks from which horns used to thunder to announce to the villages the celebration of the General Assemblies of the Lordship of Biscay, through sound and luminous signs.

Balmaseda is the oldest town in Biscay. Although the first vestiges are prehistoric, it was endowed as a town in 1199 by the Lord of Bortedo, D. López Sánchez de Mena, granting it the Charter of Logroño. There were two main reasons for doing so. On the one hand, its strategic location between the mountains and the river and, on the other, the favorable trade routes between Castile and Biscay, since an old Roman road ran through there. Thus, the most important custom office between the Kingdom of Castile and the Cantabrian Sea was located in Balmaseda.

Throughout its history, Balmaseda has suffered three wars: the Convention War, the Independence War and the Carlist Wars. The three of them caused the economic debacle of the municipality. However, between the end of the 19th century and the beginning of the 20th century, with the arrival of the railway and industrialisation, it managed to recover its economic health. In this sense and with the aim of facilitating the exploitation of nearby mines, in 1888 the Cadagua Railway Company was created, which linked Balmaseda and Zorroza by train.

In the heat of industrialization, other important industries were created in the area, such as the pioneering Mariano Murga Tamayo furniture factory or the La Encartada beret factory. The last one, is now converted into a museum that covers the beginnings of industrialisation in the Basque Country as well as the history of one of our most recognized garments: the txapela (beret).

Since the discovery of America, many inhabitants of the Encartaciones have emigrated looking for a new way of life. Some managed to enrich themselves and returned to their motherland where they built spectacular mansions thanks to their immense fortunes. If you are interested in its history, you can enjoy a guided tour to learn about the Indiano legacy in Balmaseda.

San Severino Church: Built in the 15th Century on the wall, it is located in the square of the same name in the heart of the old town. It is a church with three naves in different heights and has an octogonal apse with seven drapes. It must be noted that although the decoration contains Neo-Gothic forms, the images of the saints are romantic.

San Juan Bautista Church: This church of the 15th century is located on Martin Mendia Street, on the eft bank of the Cadagua River. The temple consists of a single Gothic-Renaissance apse. Here the remains of the body of Saint Boniface was venerated. The Balmaseda History Museum is now located inside.

Horcasitas Palace: This tower house is located between Martin Mendia and the Middle Street (Erdiko Kalea). It is an imposing building built on four floors with windows in all its facades. Due to its impact, the Corinthian columns that flank the facade stand out. The coats of arms decorates the front of the building and identify the surname of the promoter, Horcasitas de Arcentales. Although it was privately owned, it is currently part of the municipal heritage.

Puente Viejo (Old Bridge): Built during the Late Middle Ages, this stone bridge crosses the river Cadagua and is the oldest witness of the old walled Balmaseda. It was the only point of passage for traffic between the coast and Castile in this area. It consists of three semicircular arches, with a central one much more elevated than the others, which was uncomfortable for the transport of goods. Its Gothic turret is also very characteristic.

Santa Clara convent: It was built with an Indiano legacy sent from Panamá on the way out to Burgos for strategic reasons. In 1666 the first abbess, María Jacinta de la Puente, arrived. Nowadays nobody lives in it and it can be visited. What it used to be a convent has been converted into a hostel-restaurant, the old Grammar Preceptory into a private home while the church has been deconsecrated to host the Center of Interpretation of the living passion of Balmaseda. If you come to Biscay during Easter Week, we recommend you to visit the village as the festivity is lived here with real fervour.

Urrutia Palace: The architect Ibáñez de Zalbidea built this palace in a severe classicist style. Built on three floors, it occupies the Correria Street and part of the Canton de la Fuente, it also has openings in all its facades. Currently, its interior structure has changed as there are three private homes inside. The coat of arms of the Urrutia family, derived from the Salcedo-Ayala family, descendants of the royal houses of Leon and Aragon stands out.

Balmaseda is located in the Encartaciones region at the western end of Biscay. It is well communicated both from the capital, 28 kilometres away, and from other parts of Biscay. You can choose between trains, intercity buses and a comfortable road to reach this destination.

You cannot leave Balmaseda without trying its dish par excellence, the putxera, a traditional stew whose origin dates back to the 19th century. In those days, the engine drivers of the Bilbao-La Robla (León) railway line cooked a delicious stew of beans, bacon, sausage and blood sausage in the heat of the machines. Its name comes from the putxera, the railway pot where everything is cooked over a low flame. This tasty dish is still being cooked today, reaching its maximum splendor on the day of San Severino, the day on which the International Putxeras Competition is held.

If you would like to try another typical dish, we encourage you to try the potatoes with anchovies. Quite a delight. 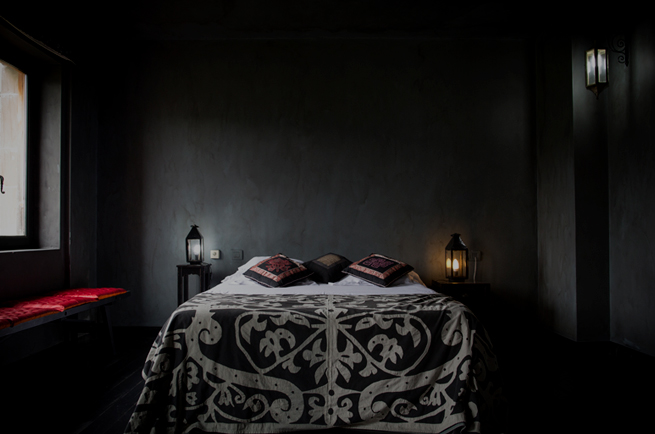 As well as in Balmaseda as in the rest of the Encartaciones area you have at your disposal a wide range of hotels and accommodations, specially rural houses abound. If you want to enjoy a few days of relaxation, we recommend you to opt for on of these houses submerged in nature.

On the other hand, although not yet available, this year sleeping in Balmaseda in caravan will soon be a reality. According to the town council, in April a parking area will be set up for caravans in the Last Laceras neighbourhood.