Basque language and Basque identity are two sides of the same coin. In Bizkaia, every region has its own way of speaking the language

Basque or Euskera is a very old language. It has helped shape the character of Basque people. Today, there are a little over 92,000 speakers of Euskera. Efforts are constantly being made to keep the language alive.

Until recently, Euskera was not among the official languages spoken in the Iberian Peninsula. Although it was spoken in every community in Euskal Herria, some never used it in writing. In the early twentieth century, the Academy of the Basque Language, Euskaltzaindia, was founded. Later in the century, the ban on the use of the language imposed during the Spanish Civil War, which continued under the dictatorship, was lifted. The first ikastolas (Basque schools) and night schools were established in the 1960s. This marked the revival of the Basque language.

Euskera is a dynamic, ever-changing language. It is extraordinary indeed, its features changing according to the region where it is spoken. These characteristics make it richer.

In 1964, all the varieties of Euskera were conflated to produce a standard variety, known as Euskera batua. The existence of a standard language made it easier for Euskera to be recognised as an official language of the Spanish State. Euskera batua was introduced in the educational system and the administration.

Each variety of Euskera (they should not be called dialects) is a Euskalki. Like any modern language, Basque can be adapted to a local usage in its phonetics, grammar and lexicon. The varieties spoken in Zuberoa and Bizkaia are the ones that stand farthest apart.

Vizcaínos speak the Euskalki of the western area, which is used in most communities in the Deba Valley, as well as in Aramaio (Álava), Urola and Goierri (Gipuzkoa) and La Burunda Valley (Navarra).

The western area Euskalki is characterised by its diversity. There are big differences between Busturialdea and Otxandio's varieties

Bizkaia’s Euskalki in turn comprises two varieties (east and west) and eight different ways of speaking. There are big differences between the Euskera spoken in coastal areas like Busturialdea and the varieties from the hinterland, as in Otxandio-Oleta-Ubide.

The Euskalki in the west is in turn divided into northern and southern varieties. Uribe Kosta, Mungialdea and Txorierri fall within the northern variety, while the Arratia Valley, Zeberio, Orozko, Arrankudiaga, Arakaldo and Galdakao speak the southern variety. In between, in the valley of the river Nervión (Bilbao, Etxebarri, Zaratamo, Basauri, Arrigorriaga and Ugao), people speak a variety of Euskera known as Azpieuskalki.

The east variety is spoken in Lea-Artibai and Durangaldea (two very similar varieties). The Euskera spoken in the coastal area has beautiful, strong sounds, especially in Lekeitio (Lekitto) and Ondarroa (Ondarru). In Debagoiena and the Deba Valley, you can hear a transition between the Euskalkis spoken in the central and western regions. 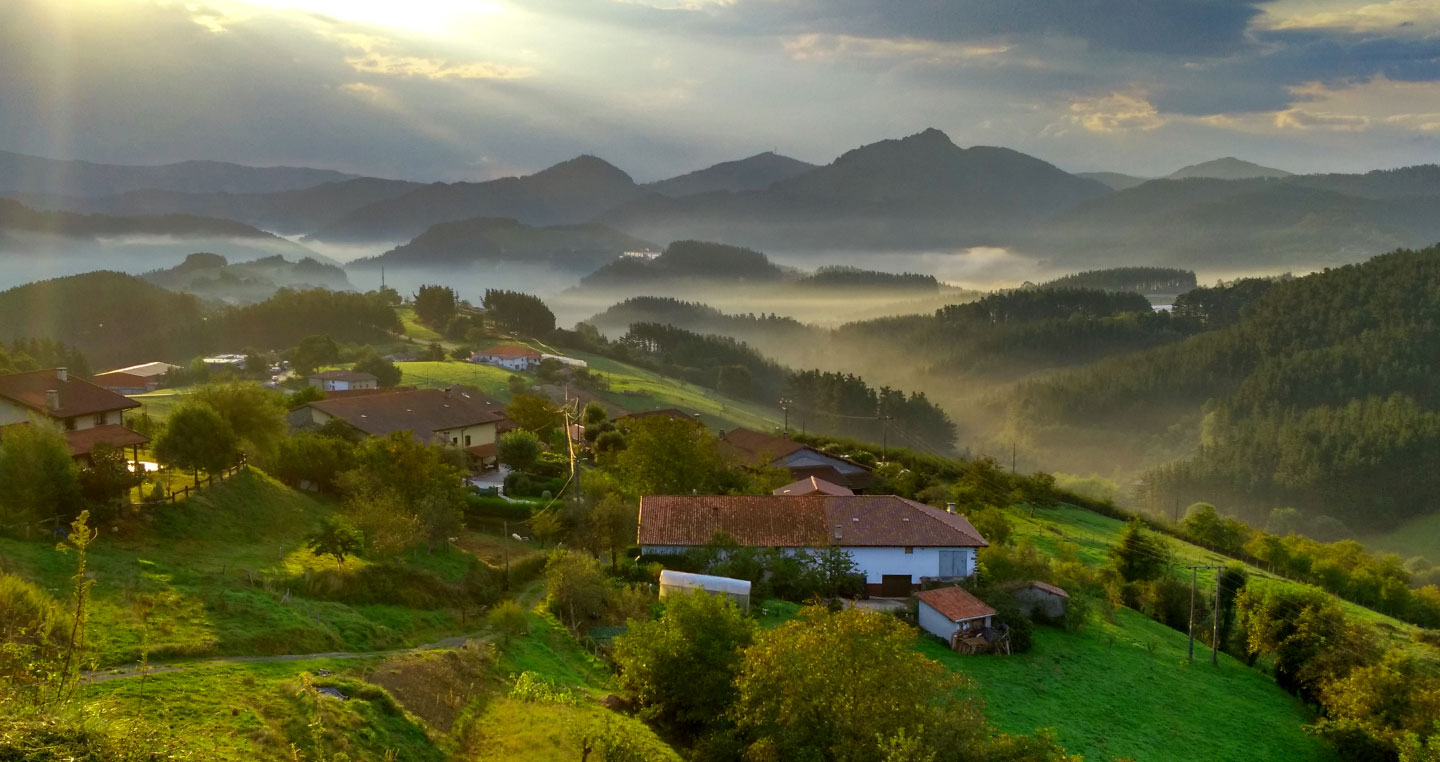