In the wake of an industrial past

In the past two centuries, the steel and iron industry shaped the landscape of Bizkaia, especially the so-called Iron Mountains and the banks of the river Nervión.

Iron ore exploitation was responsible for socio-economic growth in Bizkaia, revolutionising the way of life. The cry ‘all iron’ meant that mines were rich in iron. The term, pronounced alirón in Spanish, was later borrowed by fans in football stadiums.

In the late nineteenth century, several local steel and iron mills got together into a powerful conglomerate that became a big player in the metal industry in Southern Europe: Altos Hornos de Vizcaya (AHV), located in Sestao and Barakaldo.

It was the driving force of the industrial revolution in Bizkaia. Iron traces can still be seen on both banks of the river Nervión, the so-called Iron Mountains and a few museums. 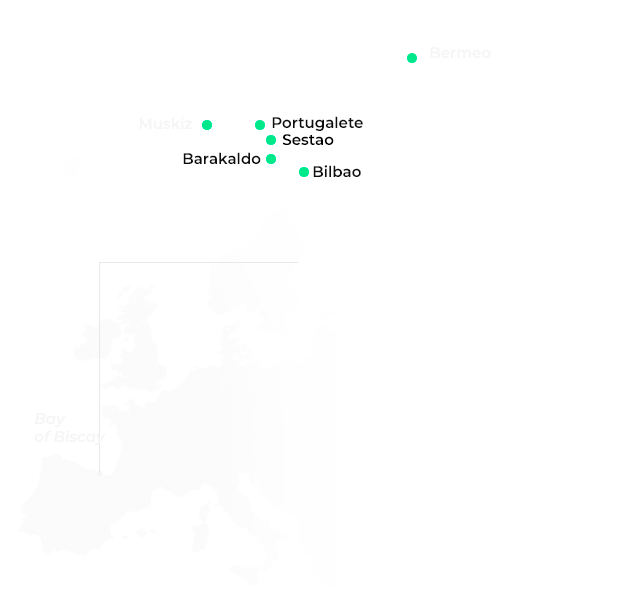 In the wake of an industrial past

The steel and iron industry in Bizkaia found its raw materials in the Mining Area (in Basque, Meatzaldea). The Triano Mountains, a range cutting across the villages of Abanto-Zierbena, Muskiz, Galdames, Trápaga and Ortuella, were key to its development, offering large amounts of quality iron.

"The high factory smokestacks (…) will come to be an archaeological curiosity, a silent witness to the world that was and is now dead."

The mining sites, manufacturing plants and shipbuilding drew banks and steel and iron companies that settled in Bizkaia. The Bizkaia Bridge, or Puente Colgante, was built in 1893 to connect the working-class neighbourhoods on the left bank to the bourgeois districts on the right. It soon became a sort of triumphal arch for Bizkaia. Today, this World Heritage Site connects Portugalete to Getxo by spreading over the river estuary.

If you are interested in Bizkaia’s industrial past, you can visit the Rialia Museum of Industry, in Portugalete. It displays items from companies like Altos Hornos de Bizkaia or Babcock & Wilcox, and works of art with industrial flare  by Agustín Ibarrola, Luis Badosa, Ignacio Ipiña, and others.

To learn more about iron ore exploitation, visit the Mining Area. In Muskiz there is Ferrería El Pobal, a forge where iron ore was transformed into metal that was used to make all kinds of tools. Today, El Pobal is a living museum in the vicinity of the river Barbadún. It features hydraulic machinery at the mill and in the forge itself.

From the mines to the estuary

Take a trip on La Reineta funicular rainway, or a walk or boat ride along the river estuary for a close look at Bizkaia's industrial past.

The tour of industrial Bizkaia begins at the Mining Area (Meatzaldea) where the iron ore used to be found. In the Triano Mountains there is the cave of La Magdalena, which features a humble shrine and traces of iron ore exploitation. Close to Muskiz there is El Pobal, an old forge converted to museum.

Once in Meatzaldea, get on La Reineta funicular railway, which used to carry the iron from the mountains to the district of Zugastieta. Today, it takes visitors on a scenic 2000m-long route affording the best views of the area: the natural setting, the traces of industrial activity, the Abra and Gran Bilbao. Close to Zugastieta, you can also visit the Peñas Negras Environmental Visitor Centre.

Another way of being in contact with Bizkaia’s industrial past is going on a boat ride along the river estuary or a stroll along its banks. On the left-hand side (Sestao) you will spot the first blast-furnace owned by Altos Hornos de Vizcaya. It is still standing there. On your way to Bilbao, you will also see the large plant of Grandes Molinos Vascos, a flour-making company. For more industrial vestiges, look out for the premises of the biscuit factory Artiach in Zorrotzaurre. The Euskalduna Conference Centre and Concert Hall was built on the site of the Euskalduna Shipyard, in Abandoibarra. 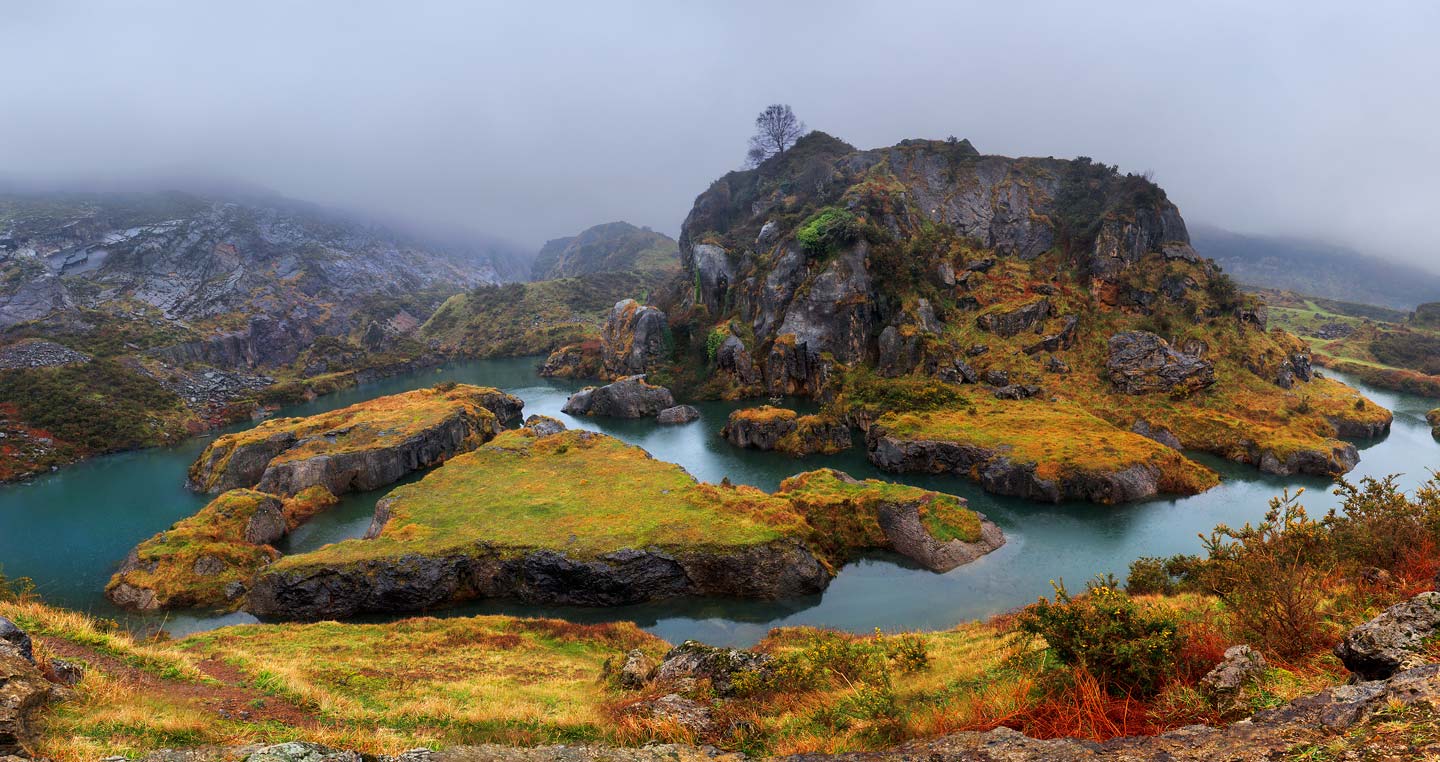