The Assembly House and the Tree of Gernika are the best representatives of our essence. Authentic symbols of of Basque freedom and identity that not even the tragic bombing of 1937 managed to overthrow.

World-renowed for Picasso’s touching namesake masterpiece, the town of Gernika (Gernika-Lumo, officially) has been for centuries the venue for assemblies of representatives of the towns and villages of Biscay.

Located in the Urdaibai Biosphere Reserve, the earliest records of the meetings beneath the famous oak tree date from the 14th century. It is here where the fueros, the set of laws that granted autonomy to the Basque people and where the Lords of Biscay and Kings of Castile swore to respect the liberties of Bizkaia.

Today, the tradition is still alive and next to the Tree of Gernika is where the Lehendakari (president in Basque) swears the office before facing his tasks as leader of the Basque Government. 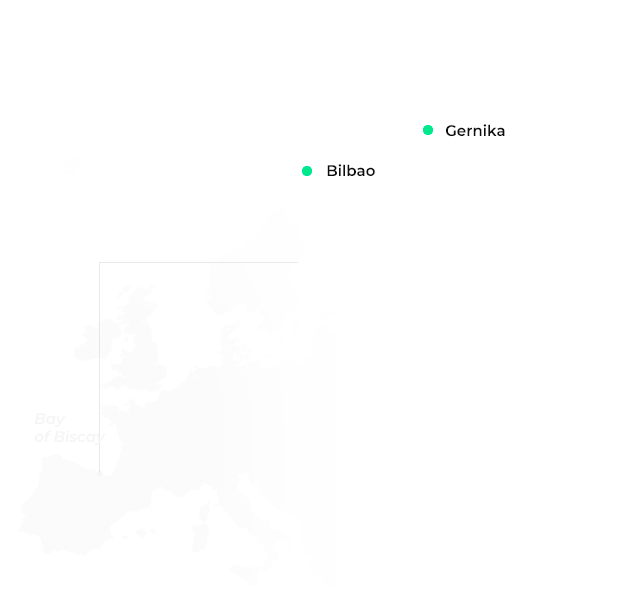 April 26th of 1937 is a black day in our history. On that day, a conglomerate of German and Italian air forces razed the town in support of the Francoist side during the course of the Civil War. The population was massacred, however, the Assembly House and the Tree of Gernika survived. Their survival contributed even more to turning this oak into a symbol of the Basque people and the town into an anti-war icon.

In the Middle Ages, it was common for the leaders of different peoples, of the nowadays known as Europe, to gather under a tree to enact their laws and reach for agreements. In fact, the Assembly House of Gernika hosted the assembly in which the legislative power of Bizkaia was exercised. At that time, the call for the appointment was made by making the horns thunder from the horn mounts, hence its name, five summits strategically located to spread its sound throughout the territory. From west to the east; Kolitza, Ganekogorta, Gorbeia, Oiz and Sollube. You can climb any of these peaks and get an idea of how the horns sounded simultaneously and the bonfires were lit to summon the Assemblies.

The visit to the Assembly House and the Foral Oak tree is an obligatory stop if you are interested in learning about not only the history of Bizkaia but also of the towns of the whole of Euskal Herria, with a shared cultural, linguistic and ethnographic tradition. In neoclassical style, the architect Antonio de Etxebarria designed the Assembly House. The construction was completed in 1833.

The main room is called Assembly Room and it is here that the plenary sessions of the General Assemblies of Bizkaia are currently held. The room is decorated with portraits of the different Lords of Vizcaya as well as with elements from the hermitage of Santa María la Antigua, the church that used to occupy the same place.

In addition to this room, the Stained-glass Room stands out, with a clear protagonist, the stained-glass window that covers the ceiling and in which both the Tree of Gernika and the history of these assemblies are portrayed.

Entrance to the building is free and guided tours are offered in Basque, Spanish and English. It should not be forgotten that for this service it is important to make an appointment beforehand as Assembly House is still active.

Our tree, the oak

The Tree of Gernika is the past, present and future of Basque history. It is a symbol of our identity. Even today, the lehendakari swears his office under its branches, in the same way as the Lords of Vizcaya did in ancient times. It is represented in the coat of arms of Bizkaia and inspired the song "Gernikako arbola", by José María Iparraguirre, which has become an unofficial Basque anthem.

The first Gernika Tree, the “Father Tree” dates back to the XIV century. However, the tree we see today was planted in 2015. The remains of an older Gernika tree can be seen in the gardens surrounding the Assembly House. This "Old Tree" was planted in 1742 when the "Father Tree" dried up.

The symbol of Basque identity and sovereignty has crossed borders thus extending its legacy. In recent years, around 60 sprouts of this noble oak have been planted in various communities of the faraway Basque diaspora, such as Argentina, Mexico, Colombia United States and Australia. These trees are given to entities and institutions that veil for the public and social interest. Each one of these are accompanied by a certificate of authenticity signed by the presidency of the General Assemblies of Bizkaia.

We recommend that you complement your visit to Gernika-Lumo with a stop at two fundamental museums: the Peace Museum and the Euskal Herria Museum. The Peace Museum Foundation is an interactive museum that takes you back to April 26th 1937, the day when bombs reduced the town to rubble. Its impressive photographic exhibition and the emotional audio-visual testimonies of the survivors of the massacre make it an essential stop.

If you want to complete your route through Basque history, do not forget to visit the Euskal Herria Museum and Peace Museum

As for the Euskal Herria Museum, located in a baroque palace, you will be able to get inside the history of the Basque people, our culture and traditions, as well as to familiarize with our folklore and sport (herri kirolak) in an interactive way.

What's more, if you are interested in taking action, nearby is the world's largest active fronton, the Jai Alai, where you can discover the history of the zesta-punta (basket tip) and even play a game of this famous sport. The best at 15 wins.

The yellow arrows and the number of pilgrims you will find in your walk through the town, betray the passage of the Way of St. James through Gernika-Lumo. It forms part of the northern route, which stands out for the beauty of its landscapes. Pilgrims come from the Monastery of Ziortza and in Gernika they rest before facing the next stage heading to Bilbao. 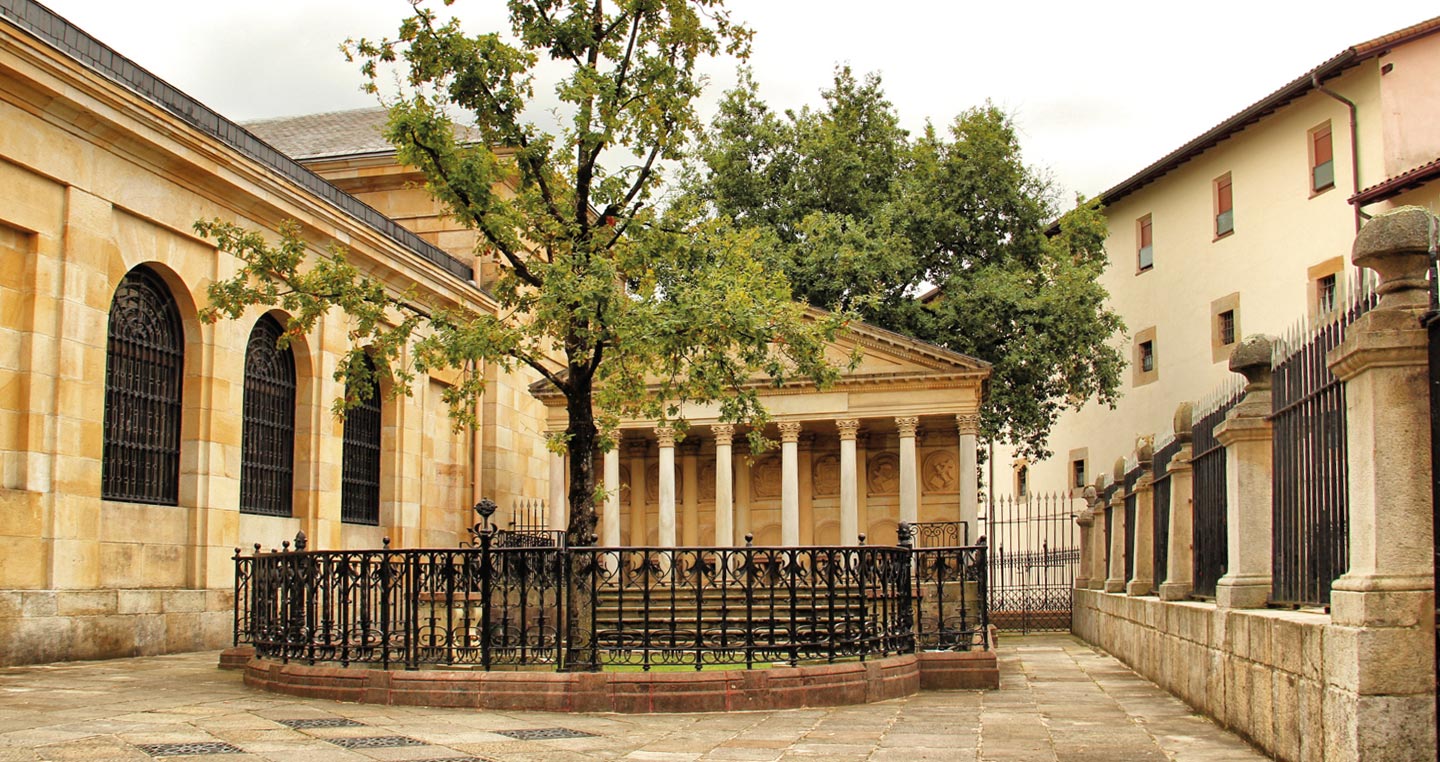 Gernika-Lumo lies in the area of Busturialdea, in the heart of the Urdaibai Biosphere Reserve. Relevant to the history of the Basque people, the town is well connected, with excellent links to Bilbao and other towns in Bizkaia by road or rail, both by public and private transport. 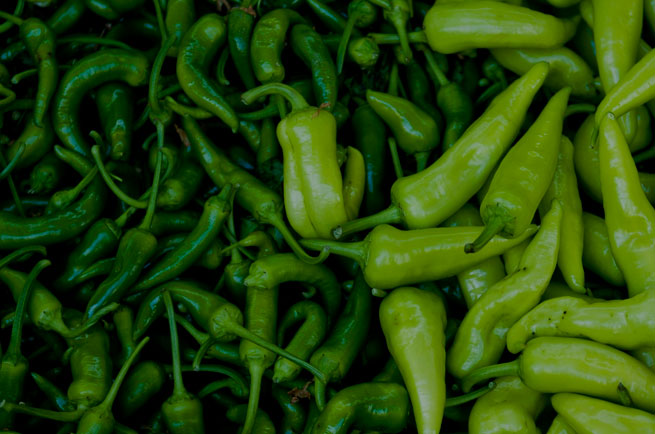 Before leaving Gernika, taste a good plate of beans, especially in winter, or fried Gernika peppers – they are delicious! Talo (corn tortilla) and chorizo or Idiazabal cheese pintxos are traditional artisan foods they sell at bars, markets and fairs. In fact, the best moment to visit Gernika is on Mondays, the weekly market day.

Gernika lies in the heart of the Urdaibai Biosphere Reserve, a natural area surrounded by small vineyards. We recommend a tour of a DO Bizkaiko Txakolina winery to sip txakoli, the typical Basque wine made mostly in coastal areas. On a winery tour, you will learn the basics of wine tasting and food-wine pairing. 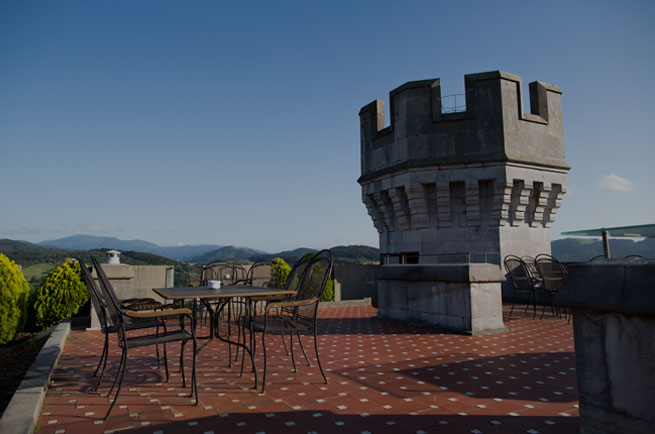 If you are planning to spend the night in Gernika-Lumo, you will need to book a hotel, country house or apartment in advance, since there is not a wide choice of places to stay.

If you are driving a car, the nearby lovely towns in the area are only a short drive away from Gernika-Lumo.