Fresh air in your backpack

Get ready to enjoy nature at its best in Bizkaia, hiking through the mountains and coastal areas

In its rugged terrain, Bizkaia displays an extraordinary beauty. The soaring mountains, the green valleys and the vertigo-inducing cliffs overlooking the Cantabrian Sea have everything you want to see and experience on a day in the open air.

Bizkaia’s three nature parks – Armañón, Gorbeia and Urkiola – and the Urdaibai Biosphere Reserve feature all kinds of paths, from the hikes anyone can do to the most thrilling trails that require a degree of skill.

Besides, the Green Ways lead to awe-inspiring destinations where you will have the chance to soak up part of the history of Bizkaia. What are you waiting for? Come here and enjoy our natural paradises! 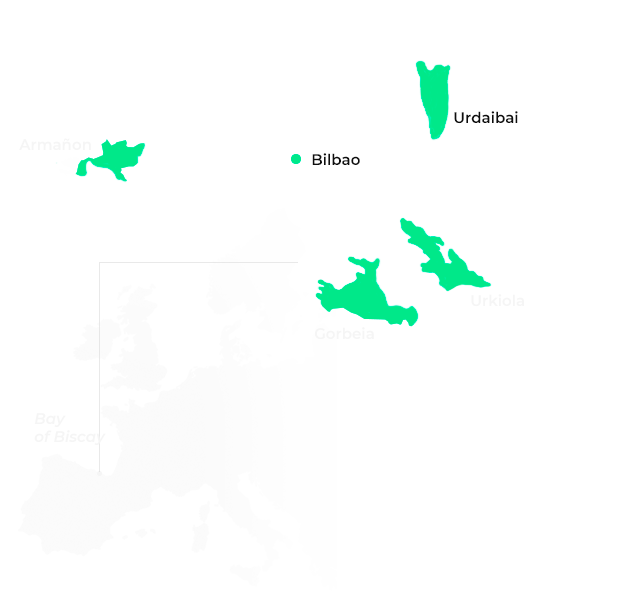 null Fresh air in your backpack

The Green Ways (Vías Verdes) are former railway lines that have been converted to pedestrian or cycle paths. In addition to walking or riding at your own pace, you can see the cultural, historical and practical side of these routes.

Bizkaia has four Green Ways (Arrazola, Atxuri, Itsaslur and Montes de Hierro) for pedestrian and bicycle traffic. Arrazola runs for 5km along the old mining rail line across the Atxondo Valley to the foot of Mount Anboto, the highest peak in Urkiola Nature Park and the dwelling of the goddess Mari.

Atxuri is almost 4km long and very popular with hikers. It provides for a nice walk that follows the trail of the former Chocolatera, the railway line connecting Sondika to Mungia. Part of the route runs through meadows and forests, to end at the foot of Mount Artebakarra.

With the Cantabrian Sea as your travel companion, you can take the Itsaslur Green Way, an easy 2.2km-long walk along the seaside. In the Muskiz coastal region, from Pobeña to the mines of El Hoyo, you will find what remains of our industrial past as well as a rich flora and fauna, and follow part of St James’ Way Northern Route.

Lastly, the Montes de Hierro Green Way will take you deep into the core of Bizkaia, when it was not even dreaming of the Guggenheim Museum, when iron ore mining was the largest industry in the local economy. This Vía Verde spans 42.5km from Traslaviña (Artzentales) to Kobaron (Muskiz). It is ideal for travellers who want to catch a glimpse of the landscape, the life and character of Bizkaia’s inland, forged for centuries by the iron in the rocks.

Bizkaia is a great destination for hikers, crisscrossed with Grandes Recorridos (GR, long-distance routes) and Pequeños Recorridos (PR, short-distance routes). No wonder the greatest mountain expeditions are led by Basque climbers. Heaven comes in the form of mountains in Bizkaia, a natural wonder not to be missed.

Bizkaia is a heaven for hikers, crisscrossed with long and short routes to enjoy nature at its best

Armañón, Gorbeia and Urkiola Nature Parks invite you to walk to the top of the mountains, whose rocks tell the stories and legends of our people. In Armañón, you can go deep into the earth to explore its caves and caverns.

In Gorbeia, you can climb the eponymous mountain – the highest in Bizkaia. Get close to the famous cross and breathe in the history of this symbol of Basque mountaineering. In Urkiola, close to Mount Anboto, the goddess Mari, Sugoi, the lamias and other characters of Basque mythology will be waiting for you.

In the Urdaibai Biosphere Reserve there are paths through the wetlands, the river Mundaka estuary or across the valleys and inland mountains of Busturialdea. All these routes get into rural or coastal areas, haunted forests and an iron ore mines. 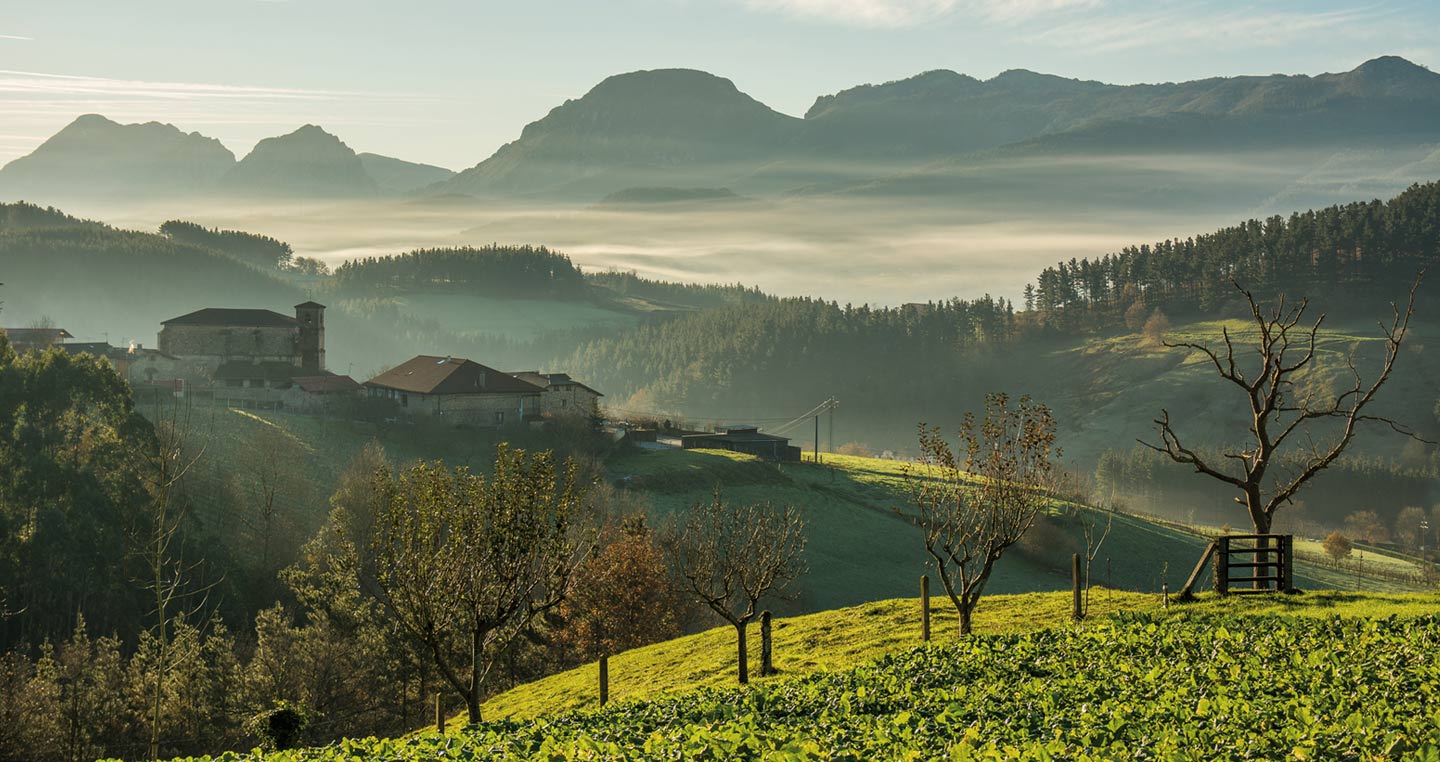