Legends from our ancestors

Basque mythology is the collection of myths and legends told in Euskal Herria, and Bizkaia has many places where Basque mythological creatures live

Bizkaia is a region where customs and traditions are intertwined with myth and magic. In the dawn of time, the land was inhabited by the Jentil, lamias, sorgiñas and other characters.

If today we know most of the Basque legends and creatures, it is thanks to the work done by the anthropologist Joxe Migel Barandiaran, who collected and published these stories. In so doing, he has helped the Basque people understand where they come from and contributed to keeping their traditions alive.

In Mungia you can visit Olentzero’s house. Olentzero is the character associated with Basque Christmas tradition.

In Santimamiñe you can feel the presence of the Jentil. The caves of Baltzola, in Urkiola, sheltered the lamias and the Jentil, while the caves in Mount Anboto were home to the mother goddess Mari, whose strong role reflects the nature of the Basque society. 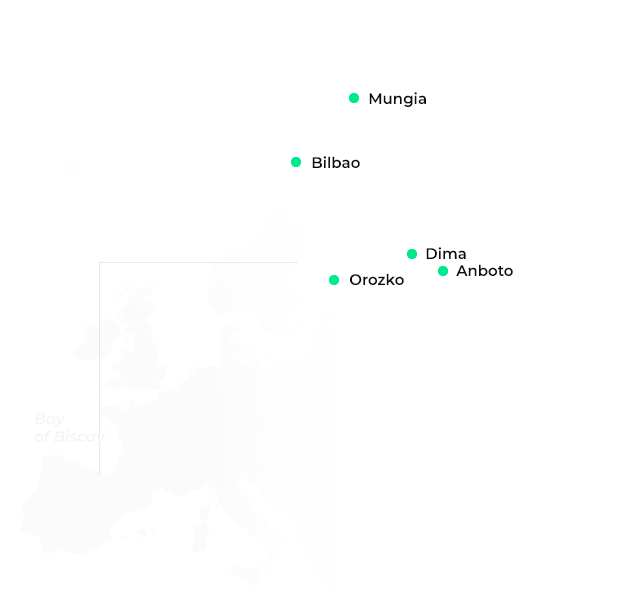 Legends from our ancestors

On a country walk, you will see that many doors bear an eguzkilore (carline thistle) to ward off evil. Legend has it that, when Amalur (Mother Earth) created the moon to protect man from evil spirits, she saw that it was not enough, so she added this flower for additional protection.

Of all the mountains in Euskadi, the mother goddess Mari chose Mount Anboto for her main dwelling. The summit, 1331m above sea level, offers breathtaking panoramic views of Bizkaia. Her rocky abode can only be reached by experienced climbers. On sunny days, they say, you can see her combing her long hair with her golden comb, while the clouds are said to be the smoke of her cooking.

Just like goddess Mari, it is time to make yourself into a ball of fire and roll from Urkiola to Gorbeia, where she has another residence: the cave of Supelegor in the Itxina massif. She lives there with other creatures, mainly sorgiñas (witches) and lamias (half women and half animals). On stormy nights, nobody dared come close to the cave, as the witches gathered around a bonfire at the entrance.

Take a look at the ruins of Castro de Arrola or Marueleza in Nabarniz, on the site of an ancient fortress. According to legend, on St John’s Eve, as the sun goes down, a mysterious cauldron shows up, buried next to a treasure. In Baltzola, you will find the bridge built by the Jentil for protection against the Christian newcomers: Jentilzubi. In the cave of Santimamiñe, along with the rock paintings and other traces of prehistoric men, you will feel the presence of Jentil too.

In the magnificent Itxina massif, in Gorbeialde, there is a cave, Supelegor, where the goddess Mari is believed to spend time, along with the lamias and the sorgiñas. The witches gather here around a bonfire to hold witches’ Sabbaths or akelarres. The fastest way to reach the cave is through the Pagomakurre recreational area.

This tour leads to the cave of Supelegor, home to the goddess Mari, the lamias and the sorgiñas

Cut through the forests to the meadows surrounding Itxina. A winding trail leads to Ojo de Atxular, which marks the entrance to the massif. The area used to be populated with shepherds and coalmen.

Skirt the sinkhole on the right and climb down to the crossroads. The path on the left leads downhill past Lexardi to Supelegor. Keep an eye on the sinkholes, huts and other signs on the way.

At this point, you can take the detour to the cave of Axlagor or head for Supelegor, one of the most important mythological places in Euskadi. Bring a flashlight if you want to explore the cave, but it is only for the bold: 16 of the 25 bat species listed in the Iberian Peninsula can be found here. 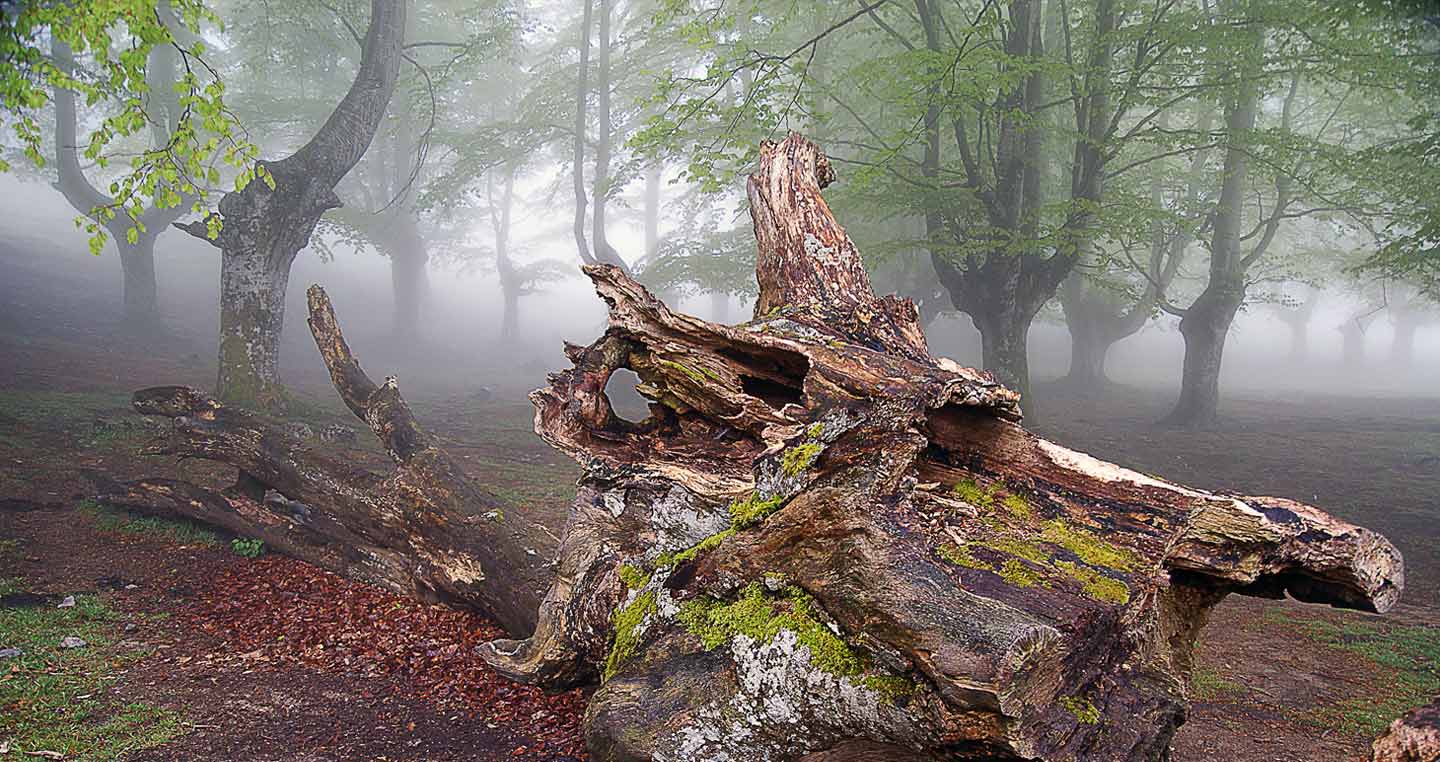