A hidden gem on the border between Bizkaia and Cantabria

With its thick woods and a wealth of underground caves, Armañón Nature Park shows nature at its finest.

On the border between Bizkaia and Cantabria, Armañón Nature Park offers a karst landscape dominated by a limestone massif, and characterised by rich ecological diversity and a singular climate. Holm oaks and beech trees that are commonly found in the Mediterranean region paint the park in green.

Beneath the surface is a maze made of 200 caverns, underground treasures and exciting places to visit. The best-known cave is Pozalagua, rich in eccentric stalactites. Actually, it is the cave with the most extensive collection of this type of twisting and turning stalactites in the world.

In the park, located between Karrantza and Turtzioz, you can walk along numerous paths, ride a horse or mount an MTB. Besides, you can do bird watching and spelunking. Get ready to take in the fresh air of the mountains in one of the most beautiful places of Bizkaia! 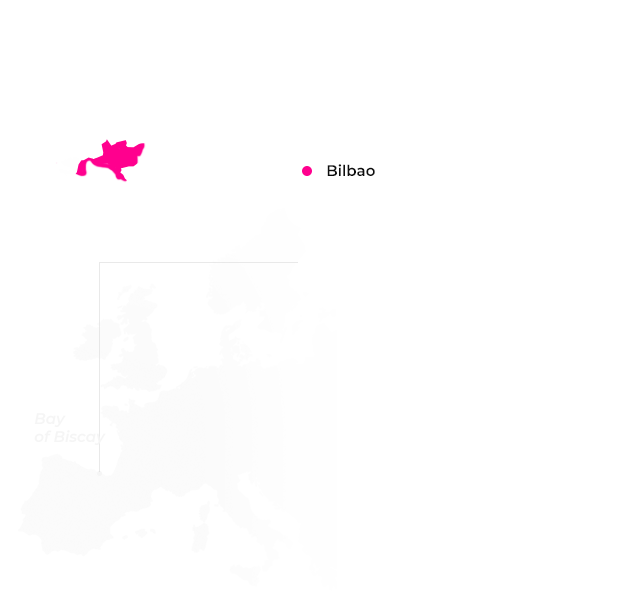 Armañón Nature Park is home to areas of huge ecological and natural value, like Encinar de Sopeña (oak grove) and Peñas de Ranero (crags), where the Pozalagua Cave, Torca del Carlista (sinkhole) and the Santa Isabel Cave are to be found.

When you come to Encinar de Sopeña, you will fail to distinguish between this setting and a Mediterranean landscape. The oak grove stands on the slopes of Mount Sopeña. The rocky wall protects the trees from the chilly winds and transfers heat from the sun. This creates a singular microclimate perfect for holm oaks, heathers and oaks.

Established as a nature park in 2006, Armañón has a rich ecosystem where communities of eagles, vultures and different bat species, some of them endangered, coexist.

At Peñas de Ranero, in the neighbourhood of Ranero, in Karrantza, there lies the park’s main attraction, Cueva de Pozalagua, a cave whose amazing stalactites seem to defy the laws of gravity, as they grow in all directions taking on peculiar shapes. Inside the cave, try to find the face of a witch or a sirloin steak. Just a few metres away, at the top of Mount Ranero (729m high), there is Torca del Carlista, the largest sinkhole in Europe, open only to expert cavers.

If you are travelling with kids, do not miss Karpin Fauna, a wildlife recovery centre. More than 200 animals – including bears, bison and wild cats – have become residents of the facility. The visit takes around 90 minutes.

Armañón Nature Park spans 3519 hectares, featuring soaring limestone walls, amazing underground caves, thick oak and holm oak forests, and a scenic countryside peppered with grazing cattle. There is a myriad of trails you can choose in the park.

From Pozalagua, the path to La Zoja leads to the Venta Laperra gorge. The scenic views of the park are nice

The path to La Zoja, running along 1.5km, is suitable for kids. The walk starts in the parking area at Pozalagua and takes to the vantage point over the Venta Laperra gorge, which offers panoramic views of the park.

Also, it passes through the oldest prehistoric shrine in Euskal Herria: Venta Laperra. The cave has evidence attesting to the earliest human presence in Las Encartaciones. It was inhabited by Nearderthals some 25,000 years ago. On the cave walls are paintinings/drawings of four bison and a bear. The cave is not open to the public, since research work is still underway. 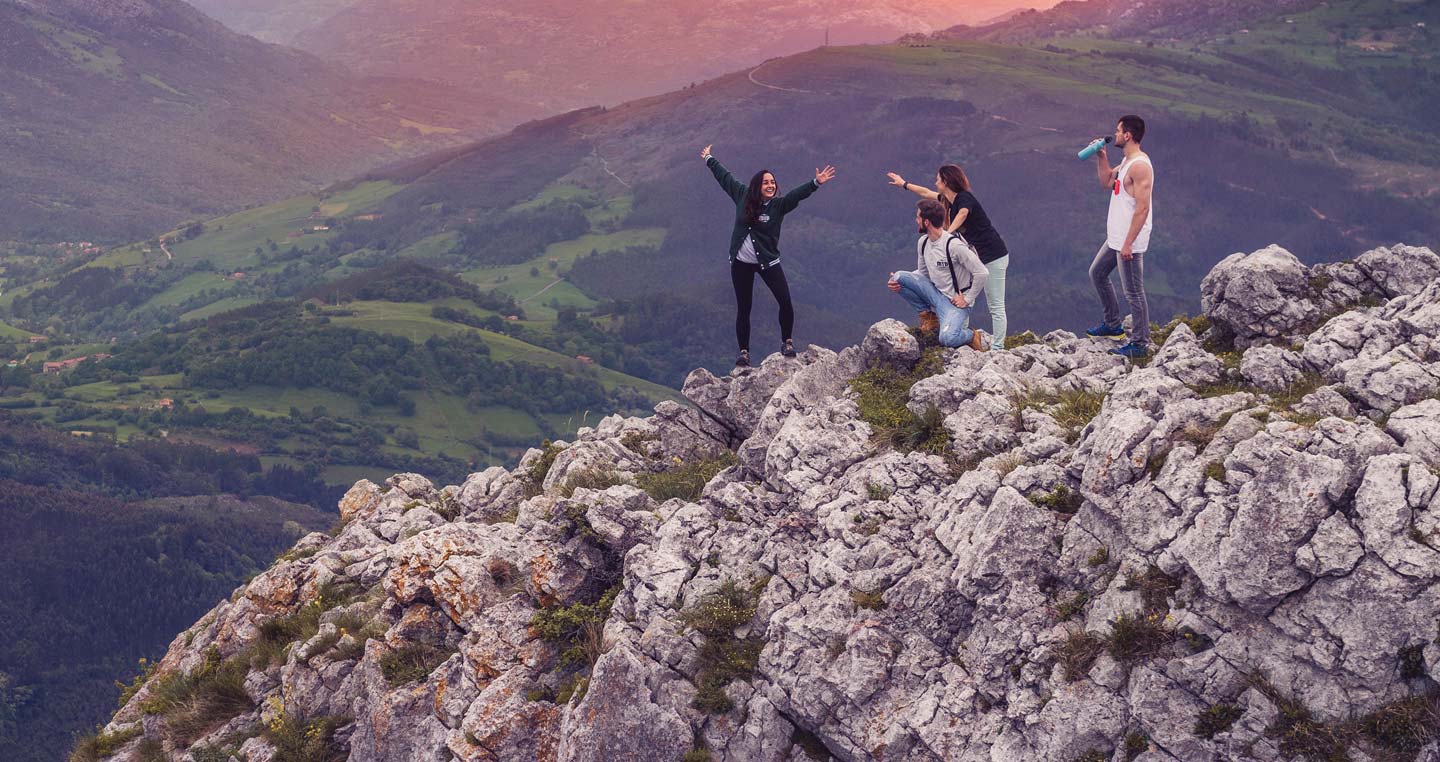 Armañón Nature Park is in Las Encartaciones, on the border with Cantabria. The easiest way to get there is by car, since the attractions are far away from one another, as are Encinar de Sopeña, on the east, and the Pozalagua Cave, on the west. 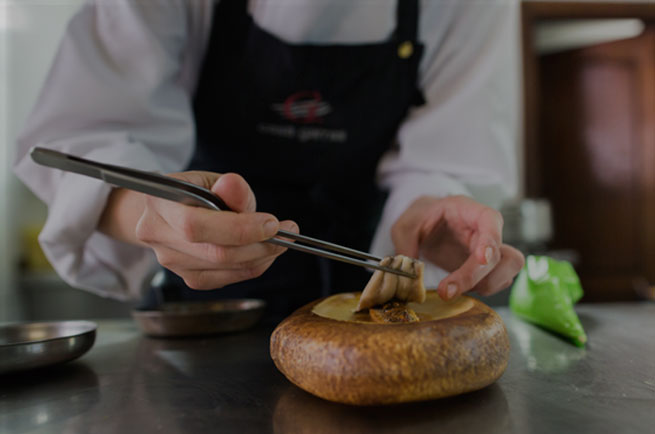 The park has nice picnic areas with benches to sit down and regain energy after a long walk. One of them is next to the Pozalagua Cave. If you are not used to carrying your food with you on excursions, then go to Karrantza or Turtzioz, where you will find bars and restaurants that serve homemade food (for example, red bean, vegetable or lamb stews) at affordable prices. 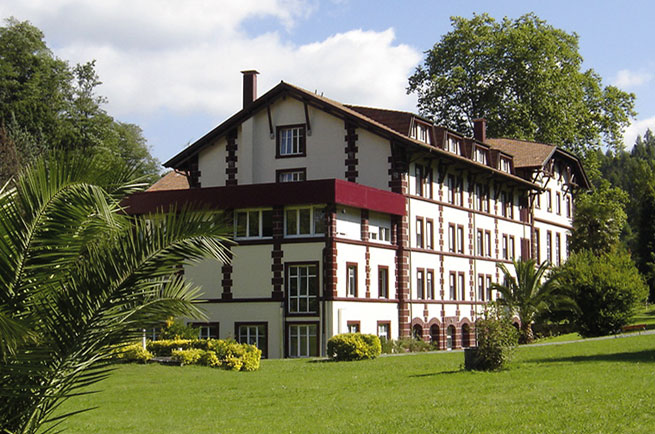 Lodges, country houses and hostels are the best places to stay near Armañón Nature Park, in a rather unknown yet fabulous natural setting in Bizkaia.

For an extra treat, try the healing waters from the hot springs at El Molinar, in Karrantza. The spring water, whose temperature ranges between 29 and 33 ºC, has been used since the nineteenth century. They say it works wonders for rheumatism and arthritis, among other musculoskeletal conditions.