An impressive islet off the coast of Bermeo and one of the most magical places in Bizkaia. Don’t forget to book your free entrance ticket!

San Juan de Gaztelugatxe is really a must if you are coming to Bizkaia. A tiny yet amazing cone-shaped islet, 35km east of Bilbao, in the coastal town of Bermeo, bearing a humble shrine dedicated to St John the Baptist at 150m above sea level.

San Juan de Gaztelugatxe is unique, surrounded as it is by cliffs, islands and unspoilt beaches in the towns of Bakio and Bermeo, just next to the Urdaibai Biosphere Reserve. A tour of the coastal area from Bakio to Bermeo to Mundaka is a perfect plan for a day trip. 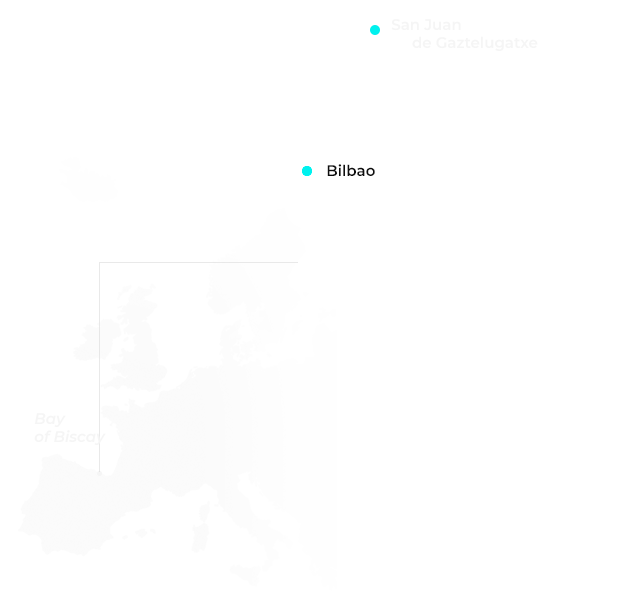 The shrine is not easily accessed, but the road is worth the while, as it shows some of the most breathtaking landscapes in the beautiful rough coast of Bizkaia. When you reach the belfry at the top, ring the bell three times to ward evil spirits off.

San Juan de Gaztelugatxe is connected to the mainland by a stone bridge and a stretch of land forming two arches. At a point, the bridge turns into a zigzagging narrow 241-step footbridge leading to the top of the rock, where the picturesque shrine stands. There is the belfry with its popular bell. Legend has it that once in Bermeo, St John reached the shrine in three strides, the last of which, on the final step, is still marked by his footprint. Touch it for good luck!

In addition to being a place of great beauty, San Juan de Gaztelugatxe is very popular with arrantzales (Basque word for fishermen). Inside the shrine, there are votive offerings from sailors saved from shipwreck, scale models of boats and paintings of ships close to wrecking. Even today, most tuna fishing boats in Bermeo dodge to port or starboard to get protection from the saint in the open sea.

Already popular enough with tourists, San Juan de Gaztelugatxe became a site of pilgrimage among Game of Thrones fans after featuring in the HBO series (2011-present) as Dragonstone, the location from which character-favourite Daenerys Targaryen has been plotting war against her enemies. In the show, the shrine is no longer on the islet; instead, there is a fantastic castle. But the stunning setting is perfect for the Mother of Dragons: the meandering shoreline, the narrow footbridge to the top, the rock that delves into the sea… Fantasyland on Earth.

The shrine standing on the rock today is not the original temple. The target of battles and fires alike, the church has been built and rebuilt throughout the centuries. Historians believe that the first version was built in the ninth century by the Knights Templar. In the twelfth century, it was turned into a convent. The last rehabilitation dates back to 1983, following a fire.

Given its strategic location on the coast, Gaztelugatxe was used defensively as well. In the fourteenth century, it was one of the strongholds of resistance of the Lord of Bizkaia against the attacks of King Alfonso XI of Castile.

In 1596, Gaztelugatxe was under attack from Francis Drake and his company of privateers. They plundered the area, taking everything they could and killing the shrine’s keeper by throwing him into the sea. During the Spanish Civil War, it was the site of the infamous battle of Cape Matxitxako.

In 1963, a statue of Our Lady of Begoña, the Patroness of Bizkaia, was taken underwater in the vicinity of Gaztelugatxe, for sailors and locals to make flower offerings to Her.

It takes about 75 minutes to get to San Juan de Gaztelugatxe and back, on a 3km hike. Given the lack of stability in the area, it is no longer possible to reach the bridge by car: Now you have to walk all the way down the hill. There are three car parks by the old road, for visitors to leave their vehicles there and walk down the slope. But do not panic! The hike should not deter you from visiting this wonderful place.

A featured location in Game of Thrones, San Juan de Gaztelugatxe has become a major tourist attraction at the global level

There are two ways of reaching San Juan de Gaztelugatxe on foot. The first route is shorter but sharper, starting at the Eneperi restaurant and going downhill along asphalt and dirt paths. It is peppered with benches where you can take a break.

The second, longer, route, is paved from beginning to end and includes a viewpointfrom which to soak in the whole landscape.

In an effort to protect the local marine and terrestrial ecosystems, Gaztelugatxe was  designated as a Protected Biotope in 1998 and a Special Area of Conservation (SAC) in2013.

Visitors are strongly advised to respect the wildlife and mind their own waste. 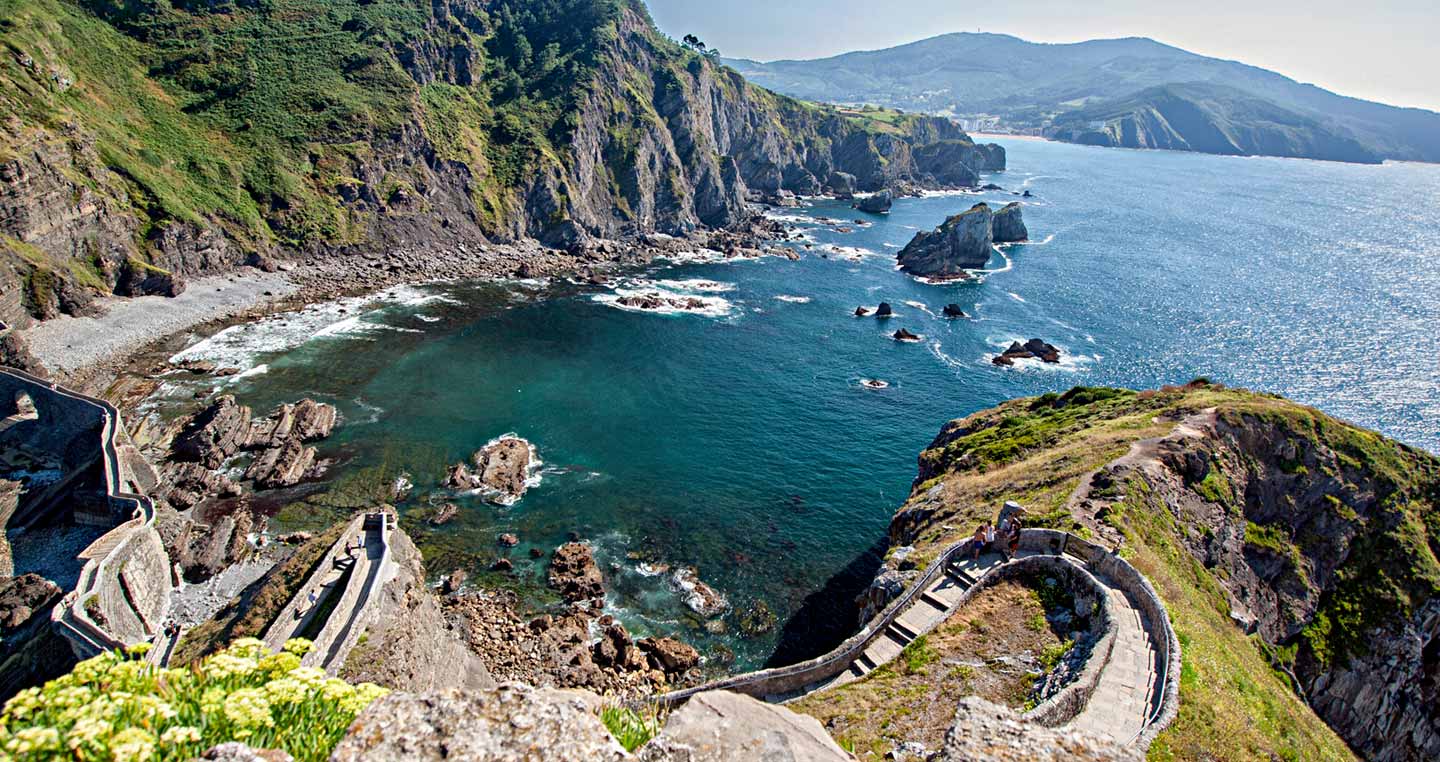 San Juan de Gaztelugatxe lies in the heart of the Basque coast. It is part of Bermeo, but actually it is closer to Bakio. You need to come by car or bus to the area and then waly your way downhill to the shrine. It is really worth the hike! 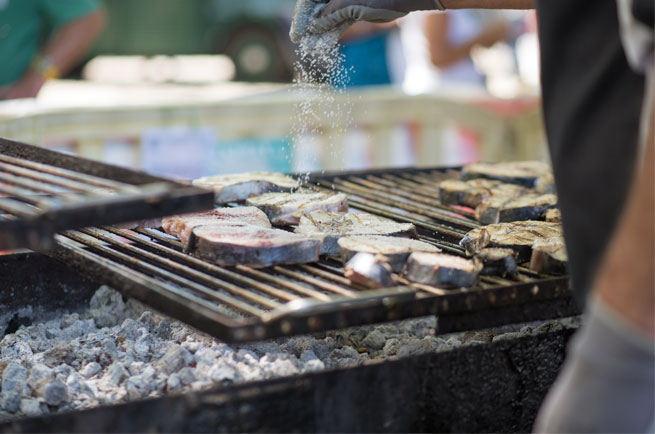 The hike to San Juan de Gaztelugatxe and back will certainly whet your appetite. Moreover, it is a golden opportunity to try local fish and seafood dishes. In addition to the restaurant facing the shrine, there are plenty of lively establishments in Bakio, Bermeo and Mundaka whose menus offer the most traditional options: marmitako (tuna and potato stew with onions, peppers and tomatoes), chipirones (baby squid), merluza a la koxkera (hake with eggs, asparagus, peas and clams)… To wash them down, have a glass of txakoli (white wine) from Bizkaia. Just delicious!

Also, you could grab a hamaiketako (afternoon snack) for the road. It will replenish your energy reserves as you take a break and enjoy the surrounding landscape. 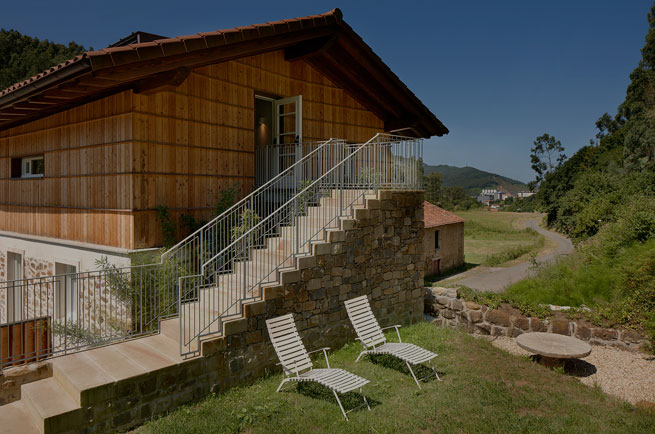 You can get accommodation in Bermeo, Bakio or Mundaka, from lodges or rural homes affording great views of the sea to cosy hostels or nice hotels in the centre of town. If you want to be in contact with nature, the best choice could be a local campsite.

Since San Juan de Gaztelugatxe is one of Bizkaia’s top tourist attractions, you might need to book your room in advance, especially if you are coming in July or August.