Countless festivals are held in Bizkaia throughout the year, wrapped in a most enjoyable festive atmosphere

From modern events like Basque Fest or Aste Nagusia (Bilbao’s Big Week) to folk celebrations like Carnival in Mundaka, Goose Day in Lekeitio or the Feast of the Magdalena in Bermeo, they are all worth a visit.

On festival days, people take to the streets. There are cookouts, dances, processions and parades, herri kirolak (rural sports) competitions, krewes or kalejiras playing traditional musical instruments – the txistu (a fipple flute), the trikitixa (an accordion) and the txalaparta for percussion –, bertsolaris (singers of musical verse in Basque), and much more. 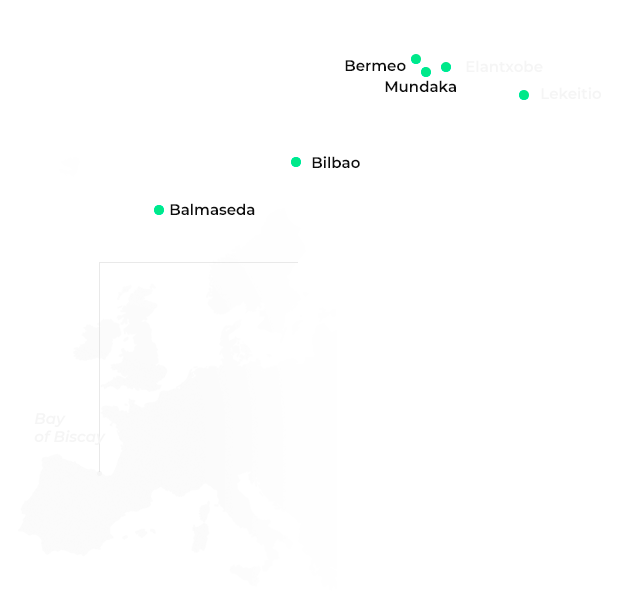 There is no festival without food in Bizkaia. In port cities, charcoal-grilled sardines are a must. In Santurtzi, on the occasion of the feast of Our Lady of El Carmen, they grill and hand out up to 1.000 kilos.

Our Lady of El Carmen is the Patroness of sailors and fishermen (arrantzales in Basque). She protects them from the perils at sea. Many seaside towns, like Ondarroa or Santurtzi, pay tribute to Her on Her feast, popularly known as Cármenes.

Coastal towns also pay tribute to St Peter, considered to be the patron saint of fishermen. The feast is known as Sampedros. In Lekeitio it is celebrated with a traditional dance known as Karraxanka, which has its origins in the fifteenth century. The musicians play the txistu and drums. Lekeitio is also home to the most famous sea-related festival: Día de los Gansos (Goose Day). Groups of young friends get on txalupas (swift small boats) and hit the sea, trying to catch a goose hanging from a rope. The goal is to lop off the goose’s head. The winner is the competitor who secures the body. Whereas in the past a living bird was used, today they use a dead goose. The competition is about 300 years old.

The coastal festival known as Madalenas commemorates the historic battle between Bermeo, Mundaka and Elantxobe to conquer Izaro Island. Before Elantxobe (the judging authority), Bermeo and Mundaka agreed to have a trainera regatta to decide which town the island should belong to. The regatta went to Bermeo. Since then, on 22 July every year, the Bermeo authorities take a boat ride to the island and, once there, throw a tile into the sea – a symbolic act to mark the ownership of the island and the beginning of the celebrations.

On the eve of the feast of St Agatha (5 February), groups of friends (known as cuadrillas) take to the streets hitting the ground with a stick as they sing traditional songs. On the feast day of St Blaise (3 February), people wear neck ribbons for the Blessing of the Throats. They also eat torta de San Blas, a delicious pie.

From Big Week to Holy Week

Aste Nagusia is Bilbao’s Big Week. The Saturday following the feast of Our Lady of Begoña (15 August) marks the beginning of this nine-day festival. Marijaia – the 4m-tall figure of a plump lady with her arms forever raised in dance – is the official symbol of the holidays. The figure is burnt when the celebrations come to a close. Almost everyone takes to the streets in Aste Nagusia – alone, in groups or in krewes. On 21 December, St Thomas’s Day, Bilbao draws thousands of people willing to try the best foods from every baserri (farmhouse) in Bizkaia.

If you are coming to Bizkaia in Easter, you may be able to enjoy Basque Fest, a festival where Basque traditions and the avant-garde shake hands. Bilbao is both a proud Basque city and a cosmopolitan capital. The Basque Fest programme reflects this: There are art exhibitions, bertsolaris, dance shows, food fairs, traditional sports competitions (rowing, Basque pelota, etc.), and a Basque design expo.

For more traditional Easter celebrations, head for the region of Las Encartaciones. The Passion Play in Balmaseda is quite famous, re-enacting scenes from the last days of Jesus Christ (Maundy Thursday and Good Friday) in the streets and squares of the medieval village. 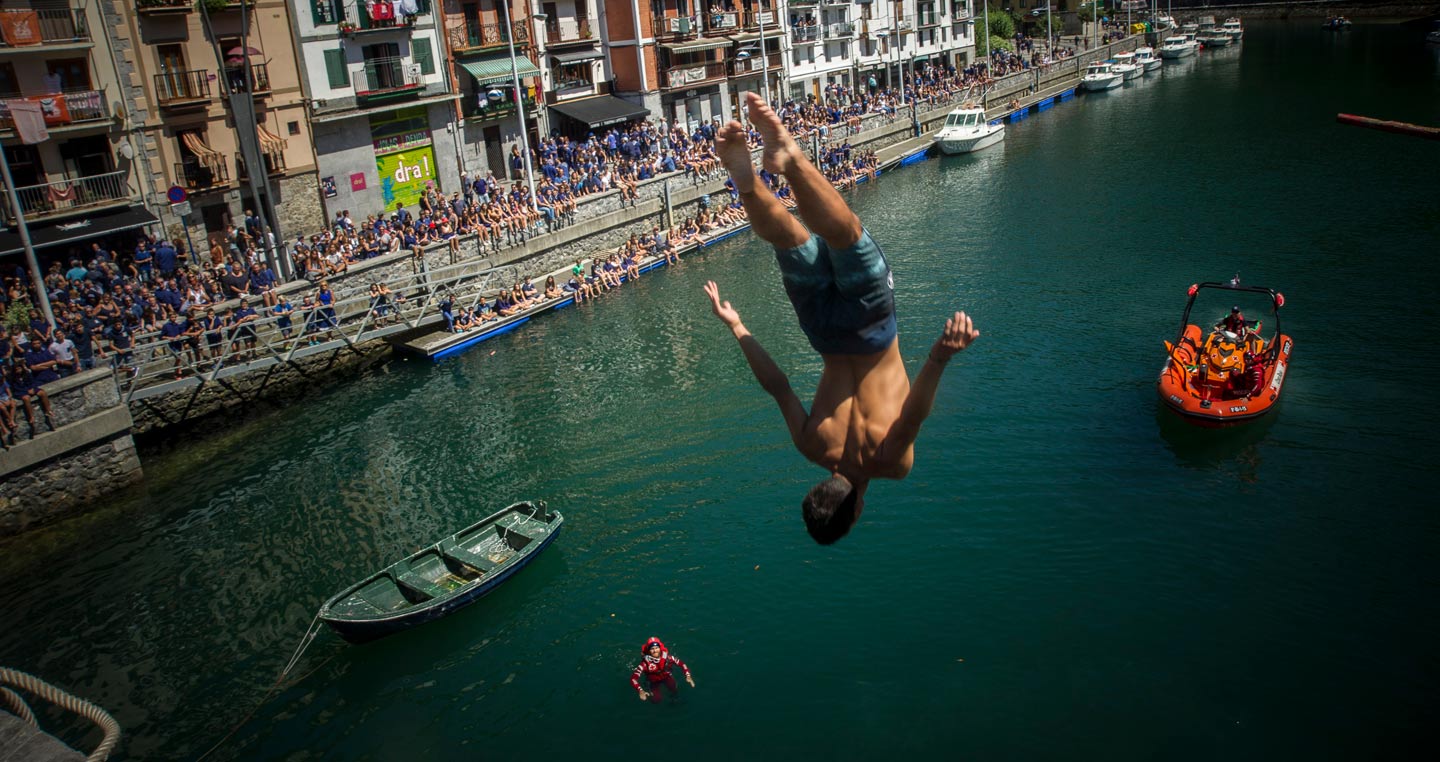