The majestic walls of the Cantabrian Sea

In Bizkaia, we usually say that the sea is always exciting. The Cantabrian is a rough sea. Mountainous waves crashing against the rocks for thousands of years have left their mark, in the form of an irregular coastline characterised by the vertigo-inducing cliffs of Punta Galea in Las Arenas and peculiar geological formations such as the flysch in Getxo and sections of the western coast in the protected biotope of San Juan de Gaztelugatxe, between Bakio and Cape Matxitxako (Bermeo), or the pillow lavas on Meñakoz beach, in Barrika.

This breathtaking scenery makes Bizkaia’s coastal area the perfect destination for lovers of natural landscapes and adventurous visitors who enjoy doing water sports – surfing or scuba diving – or air sports, like paragliding off the mountains into the sea. If you are less of an adventurer tourist, you can just enjoy a long stroll on extraordinarily beautiful beaches. 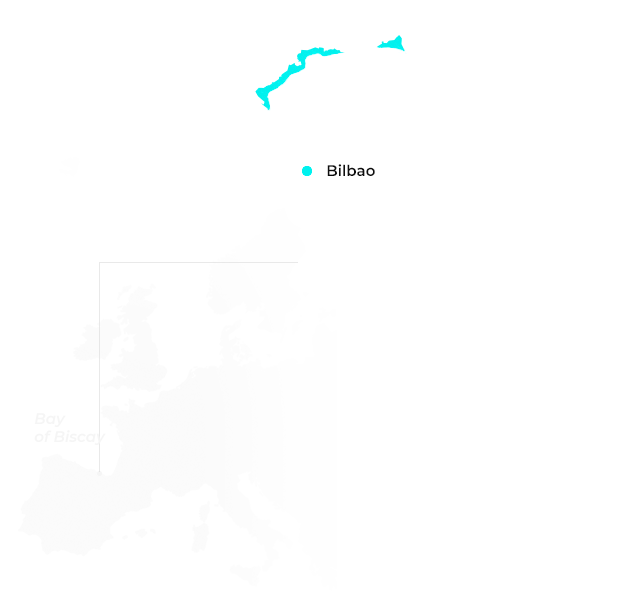 The cliffs in Uribe, designated as assets of tourist geological interest, run from Getxo to Armintza along the Bizkaia shoreline. Of great geological value, these dramatic cliffs tower 80 metres above the sea, giving rise to fabulous landscapes.

The area features a wonderful walkway and a bidegorri (cycle path) that reaches the lighthouse in Punta Galea, a spot that affords spectacular views of Superpuerto, mount Serantes and the beaches in Getxo and Sopela.

On this coastal slice, you will feel the power of nature at its fullest. The area offers peculiar formations such as flysch, which can be seen from Punta Galea. Flysch is a band of laminated structure made of hard and soft rock from different geological periods. This beautiful, peculiar geological feature dates back to the era when dinosaurs went extinct. In addition, there is the tidal platform that can be seen from the top of the cliff at low tide. The views are amazing!

The beaches in this area are idyllic… Sopela, Getxo and Barrika can be compared to heaven. They are perfect for visitors who want to mix leisure and sports, as they are great for surfing, bodyboarding, paragliding, cliff climbing or mountain biking. Barinatxe, also known as La Salvaje (The Wild), for the powerful waves that break on its shores, draws surfers and naturist beach seekers. Strange as it may seem, a nude race is organised every year on this location. As to Arrietara-Atxabiribil beach, it is very popular with tourists and locals alike. Open to the sea, this spotless beach is flanked by cliffs.

If you prefer solitude, pick a more secluded strip of sand like Meñakoz beach in Barrika. The spot has spectacular pillow lavas – amazing structures originating from the extrusion of hot lava into water, where it cools rapidly, forming sequences of pillow-shaped mounds.

On a walking tour of the cliffs from Getxo to Armintza, you will experience the beauty of the Bizkaia coastline. It is an easy hike, suitable for all ages, that passes through such lovely coastal towns as Getxo, Sopela, Barrika, Plentzia, Gorliz and Armintza. Below we are offering a description of all six stages, so that you can decide whether to pick just a few or follow the tour from beginning to end.

The tour of the cliffs begins in Getxo and ends in Armintza, passing through the towns of Sopela, Barrika, Plentzia and Gorliz

Leave your base behind for one day and head for the coast. The trip is long, so dividing it into stages is a good idea. We suggest the following: Bizkaia Bridge-Aixerrota windmill (Getxo), Aixerrota-Sopela, Sopela-Barrika, Barrika-Plentzia, Plentzia-Gorliz, and Gorliz-Armintza.

Getxo is your point of departure. It has more than one must-sees: the cliffs of Punta Galea and the flysch; the Bizkaia Bridge, a UNESCO World Heritage Site; the stately mansions; the aquarium; the picturesque Old Port in Algorta; the windmill in Aixerrota; and La Galea fort, a fortified place from the eighteenth century that was used to deter pirate attacks and, later, as part of the defensive belt surrounding Bilbao during the Spanish Civil War.

The tour of the cliffs begins in Getxo and ends in Armintza, passing through the towns of Sopela, Barrika, Plentzia and Gorliz.

Halfway from Getxo to Sopela there is La Salvaje, a beach that draws surfing and paragliding enthusiasts. Following a nice splash on the beach, the walk will get you to an old bunker from the Spanish Civil War era that affords great views of Sopela, Meñakoz and Arrietara-Atxabiribil. Watching the sun go down from one of the lively bars on the beach makes a perfect plan.

In Barrika, apart from the pillow lavas in Meñakoz, you will find beautiful small pebble coves like Muriola beach. In the nearby dunes, prehistoric flint tools have been found. The place affords stunning views of Gorliz bay. Upon leaving the low wetlands in Txipio behind, by the estuary of the river Butrón, you will reach the bridge designed by Javier Manterola next to Plentzia underground station.

Plentzia is a charming fishing village and a port for recreational boats. Make a detour from the riverbank to walk the streets of the Old Town, down to the local beach. Plentzia shares the bay with the neighbouring town of Gorliz, where the fossil dunes of Astondo are to be found. The dunes, which are 6000 years old, are well worth a visit. Continue along the bay to reach the remains of the Azkorriaga Fort, a stronghold built in 1755 to defend the bay in case a new Anglo-Spanish war broke out.

From Cape Villano to Armintza

The Cape Villano lighthouse offers spectacular views of the coastline. On sunny days, the blue colour of the sea is amazing. Get closer to the sea to find bunkers and other types of strongpoints set up during the Spanish Civil War on the Ermua mountain. Bring a torch with you; it might come in handy inside the bunkers. And bring your camera too for a picture of the cannon – a significant part of twentieth-century history to take back home.

Back from the lighthouse, you can retrace your steps to Gorliz or take the road on the right (facing the sea) to find Armintza. It is a bit tucked away, so you will need to pay close attention not to get lost.

This tour is as beautiful as it is special, running from Gorliz to Armintza along the cliffs. The road offers views of Villano island on your left-hand side. The island is also known as Isla del Fraile (Friar’s Island). Look at it and guess why: It is shaped like a group of monks wearing monastic cowls. Allow about one hour for this stretch. From Armintza, you can go to Bakio and enjoy its beach, the longest in Biscay, and the Txakolingunea, the Txakoli Museum, where you can learn about the history of our wine. 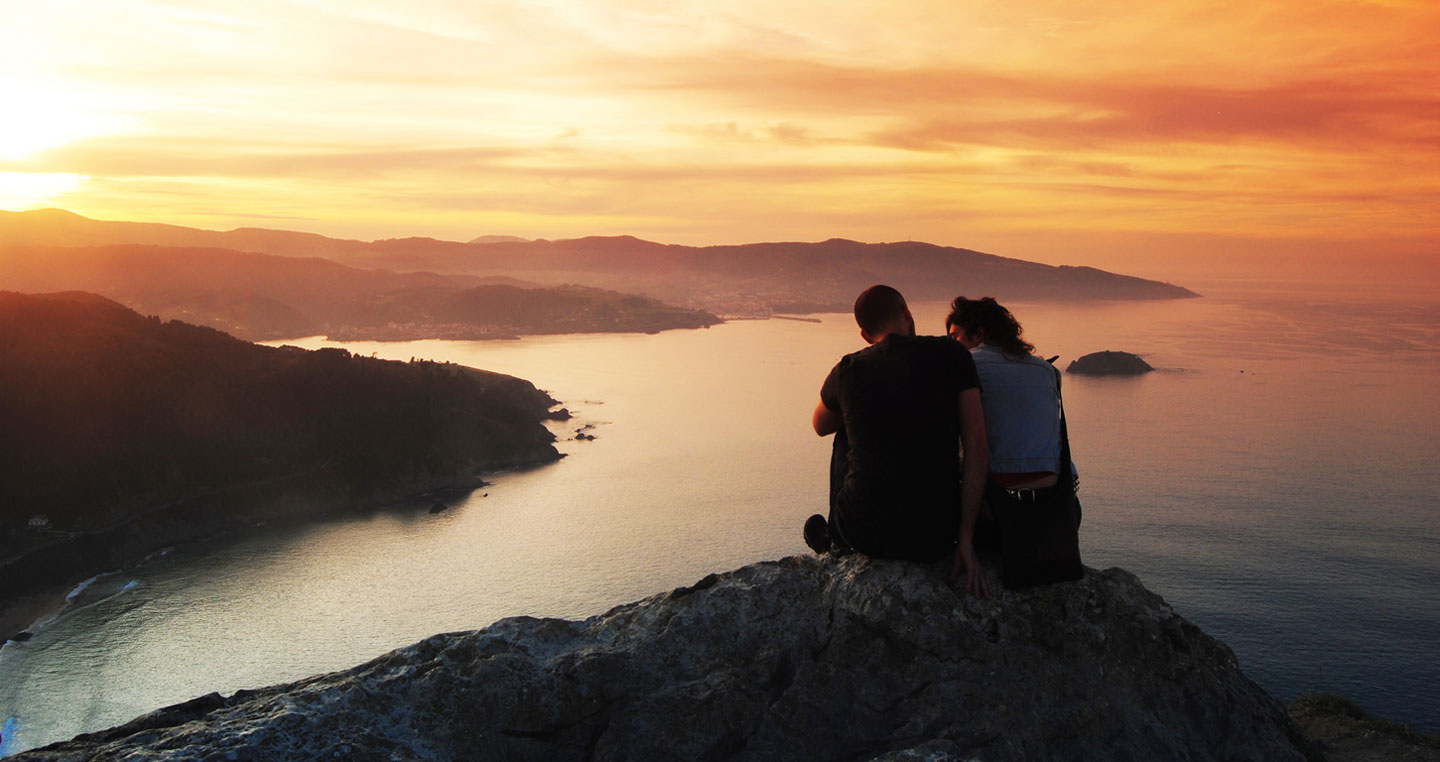 The Uribe area can be easily reached from Bilbao. Our tour has been designed to be undertaken on foot. Several cliff stretches feature bidegorris (cycle paths), but bear in mind that you will need to carry your bike up a number of flights of stairs. 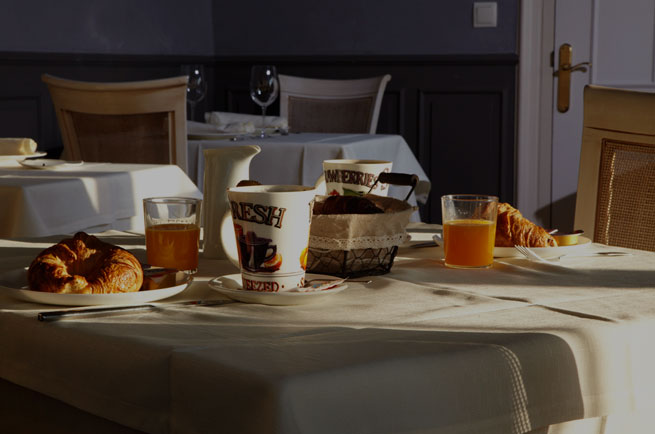 The tour passes through six coastal towns in Bizkaia. Do not stay on the shoreline; instead, walk the streets of these towns for a break enjoying a delicious meal. At the restaurants and bars, the atmosphere is lively and the people are really kind.

The lovely Old Port in Algorta is packed with bustling bars and restaurants, and the beach in Sopela or the ports in Plentzia and Armintza, at the end of the tour, have a lot of places for a snack and a refreshing drink. Being by the sea, there is no better choice than grilled fish caught on the day. But if you are not a seafood fan, pick a table in one of the many restaurants for other types of food or a plate of assorted pintxos. It is up to you!

After the long walk to Cape Villano, you will probably be hungry on arriving in Armintza. You can try katxopo (similar to veal cordon bleu). Although it is not a dish typical of seaside resorts, its huge size and affordable price will seduce you. Good restaurants are busy, so call to book a table. 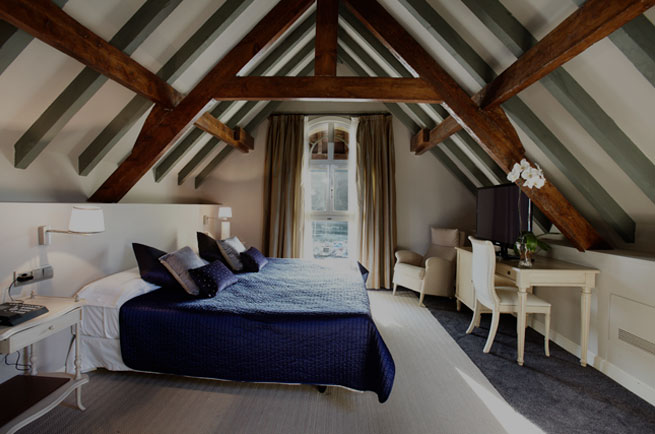 The busy touristy area of Uribe offers different types of accommodations all the way: hotels, hostels, lodges and rural homes. Out of the six towns in the tour, Getxo, with a population of over 78,000 in its four neighbourhoods (Las Arenas, Neguri, Algorta and Romo) has the largest number of bars and restaurants and boasts the most vibrant nightlife.

For a quieter environment, you can head to smaller towns like Sopela, Gorliz, Armintza or Bakio. Book your accommodation in advance, especially in the summer months, since the area can get crowded.