Gaze at the Cantabrian Sea from terra firma

The cliffs in Uribe Kosta festoon the coastline from Getxo to Armintza, with upright walls of up to 80m in height and great environmental value.

Besides, our coast boasts four lighthouses: Punta Galea, in Getxo; Santa Catalina, in Lekeitio (the only lighthouse open to the public in Euskadi); Matxitxako, which was a school for lighthouse keepers; and Gorliz, standing at the highest altitude in the Cantabrian Sea.

In this unrivalled setting, you will find secluded beaches like Meñakoz in Barrika. Our coast is the perfect destination for surfers, canoeists and paragliding enthusiasts. 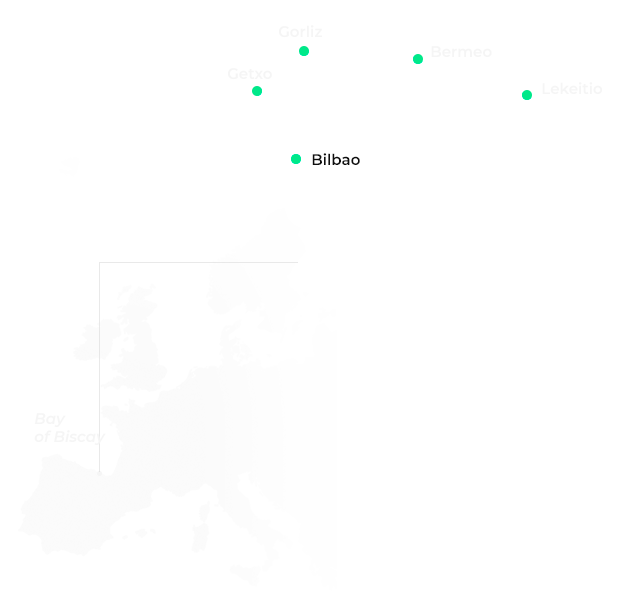 In Bizkaia, the coastal waters can be powerful. The waves from the Cantabrian Sea are constantly crashing against the rocks, shaping the coastal landscape with towering cliffs as in Punta Galea, valuable geological formations like flysch in Getxo, or pillow lavas as in Meñakoz beach, in Barrika.

Since time immemorial, the people of Bizkaia have had strong ties to the sea. For centuries, Basque fishermen have set sail in search for fish. For them, lighthouses were of vital importance on their way back home. In Bizkaia, there are four lighthouses set in spectacular coastal environments.

The Santa Catalina lighthouse, in Lekeitio, is probably the most important of the lighthouses on the coast of Bizkaia. For one thing, it is the only one open to the public. Its visitor centre provides information on the interesting world of lighthouses and takes visitors on a virtual voyage from Lekeitio to Elantxobe.

In Punta Galea, Getxo, you can look at the cliffs from the lighthouse. In the old days, large fires were made on this site to guide the boats on their way to the port of Bilbao. Also, the place was used to watch whales. As you come closer to Gorliz, you can visit a bunker and batteries built during the Spanish Civil War. The views from the Gorliz lighthouse – at 165m, the highest lighthouse on the Cantabrian coast –, are fantastic.

The last lighthouse you will come across on the coast of Bizkaia stands on Cape Matxitxako, in Bermeo. Actually, there are two of them, but one of them is only remnants: the tower and the old school for lighthouse keepers, in use from 1854 to 1863. The last lighthouse keeper in Bizkaia worked here until he retired. The new Matxitxako lighthouse stands 110m away from the other one. Although it is active and closed to the public, you can still enjoy the beautiful vistas from a privileged viewpoint.

The coast of Bizkaia features numerous scenic routes you can follow on foot, by bicycle or by car. Soaring cliffs festoon the coastline from Getxo to Armintza. You can stop on the beaches, at the lighthouses and in the villages along the way. Our picks: Getxo, Sopela, Barrika, Plentzia and Gorliz.

There are two main routes: the cliff route from Getxo to Armintza and the Bizkaia lighthouse route. Both are awe-inspiring

If you are looking for calm, secluded beaches, go to Meñakoz in Barrika. It features a peculiar geological formation: pillow lavas, created by incandescent lava flowing under water. Come and take a close look: They won’t disappoint you.

Meñakoz is a 400m-long nudist beach. Its huge wave is a favourite of expert surfers from all over the world.

The lighthouse route will take you to all the lighthouses along the coast of Bizkaia. There are four of them, in Getxo, Gorliz, Bermeo and Lekeitio, travelling east. Get out of your car at each of these locations, have a little walk around, and stand on the edge of the impressive cliffs to gaze at the horizon and feel the salty breeze from the sea on your face. 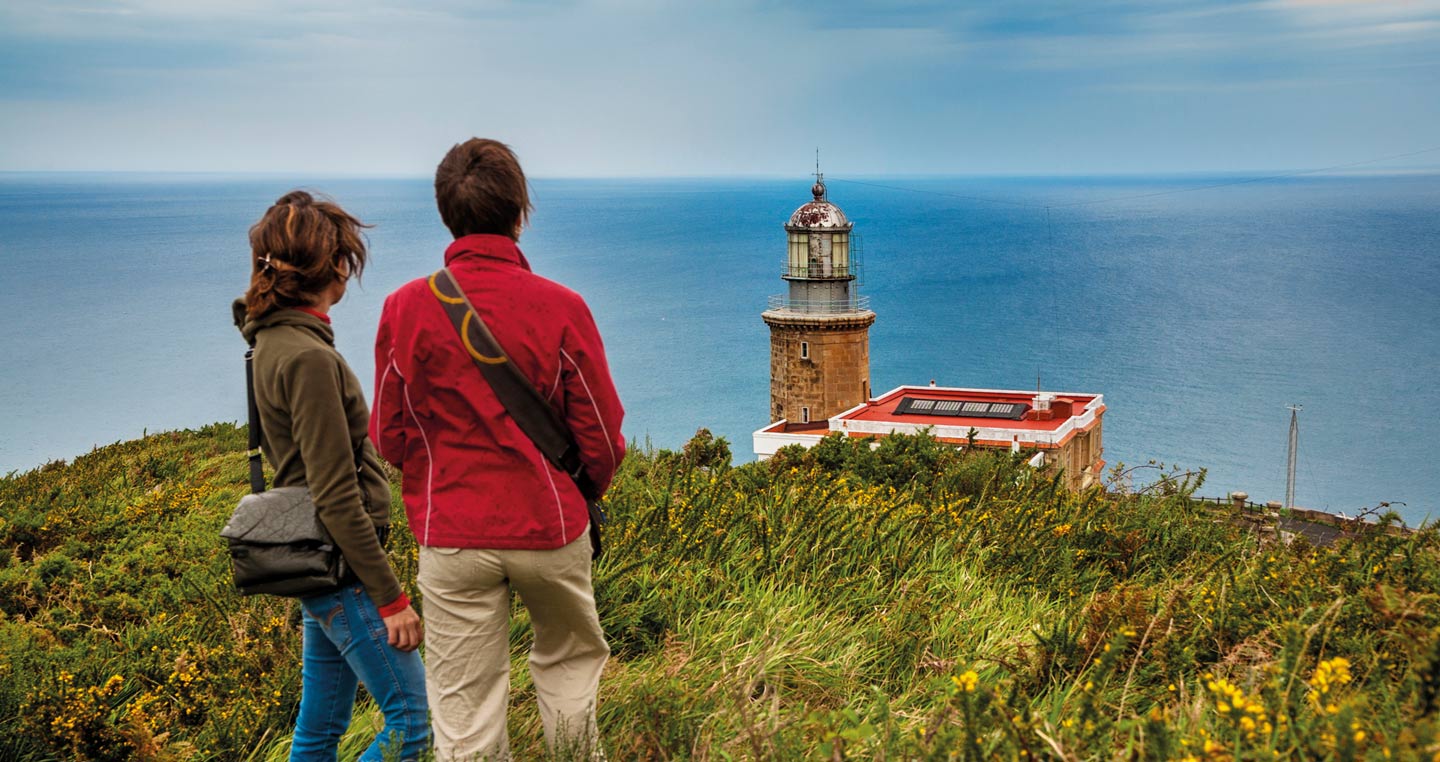 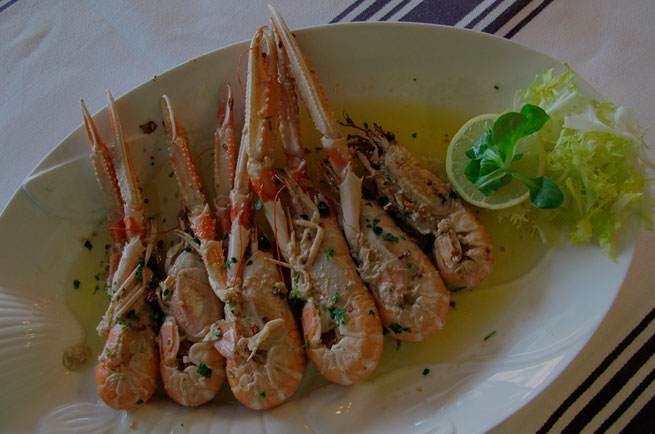 In the coastal region they make dishes with the freshest, top-quality fish from the port. Basque classics on the menu are bacalao al pil-pil, a simple but delicious dish made with cod, garlic and olive oil, marmitako (Basque fish stew), baby squid prepared in black ink sauce or with onions, sardines, and many others.

In the fishing village of Bermeo, nearby the Matxitxako lighthouse, you can buy canned tuna or anchovies. Bermeo has a flourishing canned fish industry, so pick your tasty souvenir to bring home from Bizkaia. 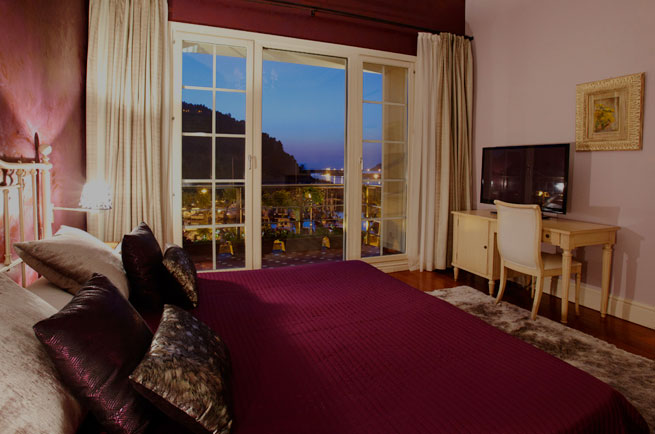 In Bizkaia, the distance between one town to another is never too long, so you can stay in Bilbao or in the fishing village you like best. For a quiet stay, book a room in a country house in Sopela, Barrika or Gorliz. However, if you are more of a night owl, stay in Bilbao or Getxo, where there are hotels, B&Bs and hostels for every taste and budget.

Bear in mind that the coast of Bizkaia is a favourite with tourists, especially in the summer and in Easter Week. This means you will need to book your accommodation in advance.