Where the water flies with the birds

The river Nervión, Bilbao’s main waterway, flows from a jaw-dropping waterfall near Orduña that attracts thousands of tourists every year.

The north-flowing river runs from its source at the provincial boundary between Álava and Burgos, and soon enters Bizkaia, passing through Orduña while it is still young. It gradually grows wider while flowing across Bizkaia and enters Bilbao as a mighty river that runs into the Cantabrian Sea.

A 270m-high waterfall resembling a ponytail, Salto del Nervión is the source of the river. It is the greatest waterfall in the Iberian Peninsula – and the most beautiful in Europe.

The waterfall is a natural wonder located in the majestic and rather unknown Sierra Salvada, in the south of Bizkaia, on the border with Álava and Burgos. This mountain range is home to one of the largest flora and fauna reserves in Europe. 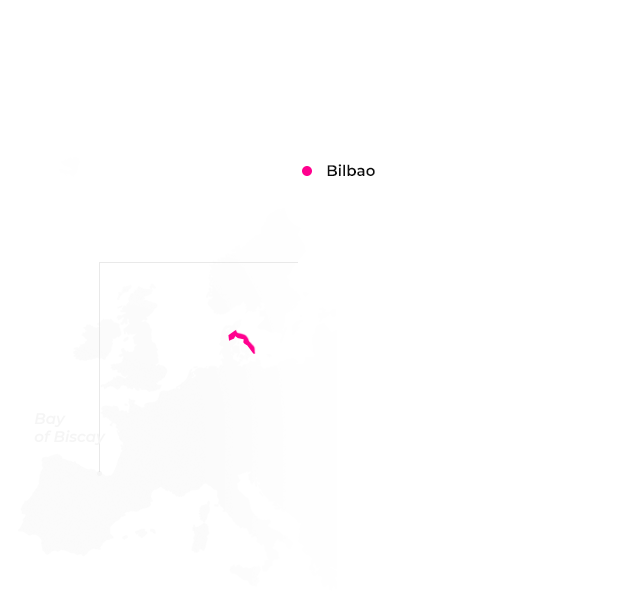 The interior of Bizkaia offers a wide array of diverse landscapes: high mountains, rolling hills, deep valleys, pasturelands… The valleys of Arratia and Orduña are areas of breathtaking beauty, and Salto del Nervión is part of it.

The waterfall stands in an incredibly beautiful area on the border of Bizkaia, Álava and Burgos. It is surrounded by beech trees in the Gibixo Forest, close to Orduña, the only city in Bizkaia that has been granted a town charter.

Still young, the river flows along the Delika canyon, making a hiking route that leads up to the cascade.

The best time of the year to come to Salto del Nervión is the wet months, in winter and spring mostly, since after a heavy rain the spring carries a larger volume of water, which flies 270 metres down in free fall. Close to the pass of Orduña is a viewpoint that offers the best panoramic views. In the summer, the cascade becomes weaker or even dry. However, the landscape is still worth a visit, offering great photo ops even if the water is not falling in the background.

The most popular route leads to the Nervión viewpoint. Drive up road A-2625 to the Orduña pass and continue to exit for Monte Santiago. You will see a cottage next to a parking area. Park your car there.

The walk from the parking area to Salto del Nervión takes one hour. It will take you through grassland and forests. There is also another path, less popular but equally worthwhile

The path is clearly signposted, so you will not get lost. Getting to the waterfall takes one hour. Follow path PR-BU 42 Fuente de Santiago-Salto del Nervión. It will take you through grassland and forests. You will find many parking areas; the one that is closest to the waterfall is free. Wild animals are not rare, but they hide away when people come close to them.

About 45 minutes away from the starting point, you will see the wolf traps in Monte Santiago, built by shepherds. Actually, they consist in hidden stone pits. Pass through them to find a huge wall and a crossroads. The road to the left leads to the Nervión viewpoint. The balcony, which extends out over the rim of the canyon, offers breathtaking views of the valley. You will be able to watch griffon vultures hovering over the Delika canyon. It is a thrilling experience!

The path to the right takes to another viewpoint, less popular but equally worthwhile. After crossing the Delika stream, head for the waterfall. Watching the magnificent cascade can make you feel you are just a small speck before the grandeur of nature. 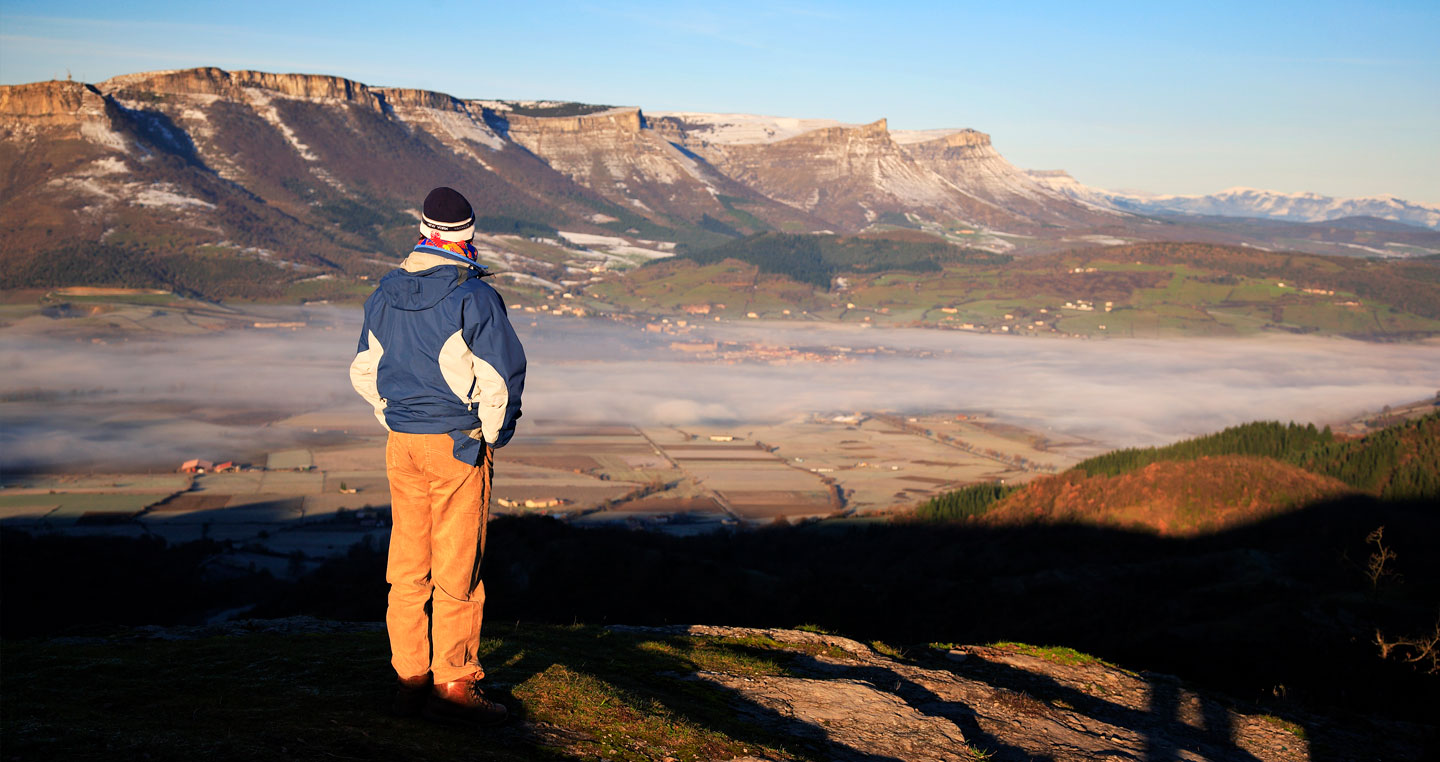 You can travel to Orduña by car or train. The train is a good choice, as you will avoid the traffic; besides, the train station is at the very heart of town. Unfortunately, there are no buses serving the route from Orduña to Salto del Nervión. 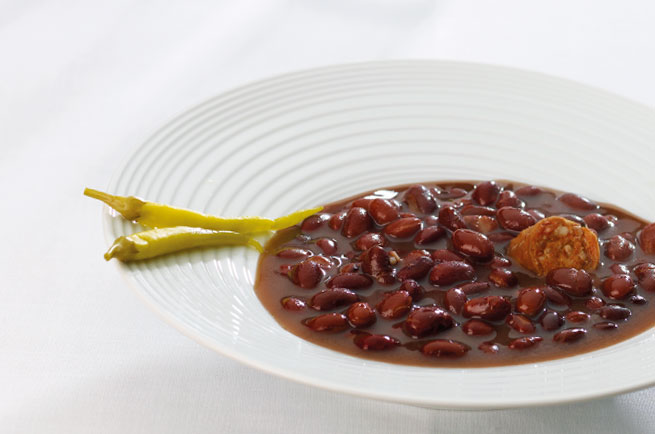 In the area of Salto del Nervión you will not find any restaurants or bars, so you should bring your hamaiketako (light lunch) and a bottle of water. Back from the waterfall, in Orduña and its surroundings, there are a number of bars and restaurants to choose from.

In the city, you can taste traditional Basque dishes like: bacalao al pil-pil (cod in garlic and olive oil sauce), marmitako (tuna stew), etc. Snails are a local delicacy, as are the Arratia beef and the organic eggs. The Arratia Valley accommodates wineries that make txakoli from Bizkaia. If you are a white wine enthusiast, do not miss the chance to visit one of these winemaking establishments to sip our refreshing txakoli wine. 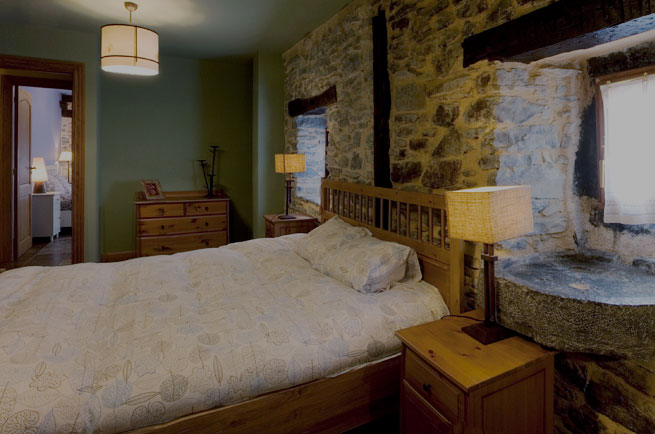 The best place to stay is the city of Orduña. You will not find accommodations closer to the waterfall. However, in Orduña you can stay in a country home set in a quiet and beautiful rural area.