Bilbao Bizkaia hides surprising gems in every corners. An excellent way to get to know them and live a great adventure is to walk around them. Hiking is one of the most deeply rooted activities in Bizkaia and, without doubt, one of the best ways to get to know Bilbao Bizkaia, its landscapes, history and culture.

Our routes will guide you through impressive mountains, valleys and natural parks, but also along beautiful beaches and cliffs that will leave you speechless. Routes with a taste of freedom, nature, fresh air, but, above all, great moments with the family.

In addition to the 'Green Routes' Vías Verdes of Bizkaia, in the following article  we suggest 5 simple and fairly flat routes, to enjoy a perfect family day.

Bizkaia and Araba, sisters and neighbours provinces. They share valleys, mountains and rivers. Nervión, a river that runs through Bilbao, becomes air between both provinces, specifically in Orduña. Around the enormous waterfall of Salto del Nervión you will find an infinite number of routes. Here we would like to suggest the circular route, which begins at the Fuente Santiago car park and will take you to Rubén viewpoint and finally to the one located at Salto de Nervió. It is a flat route with little unevenness, of less than 7 km, that can be completed easily in less than an hour and a half. In spite of being a easy track, it is very grateful. Plus, it will allow you to contemplate and enjoy the great waterfall!

Itxina, a journey through Basque mythology

One of the most genuine spots located inland is of our interior is Gorbeia Nature Park. Gorbeia holds the honor  highest mountain in Bizkaia. In addition to its emblematic cross, the Gorbeia Cross, located at the top, its surroundings combine soft grasslands and forests of beech, oak and pine trees, with countless huts, reflecting an important pastoral tradition. Perhaps one of the most impressive places is the massif of Itxina, a labyrinth of chasms and caves full of mysticism such as the Ojo de Atxular or the Supelegor Cave, inside which there are great secrets and characters from Basque mythology. We recommend starting this family route from Pagomakurre car park. Be careful with the wet stone and the foggy days, don't get lost and pay attention to all the signs and indications! Another fairytale landscapes that this Natural Park offers us is Hayedo de Otzarreta, a magical beech forest.

San Juan de Gaztelugatxe is one of our treasures that needs no introduction. Gaztelugatxe has been one of the most visited places in Bilbao Bizkaia for years. Although the most common thing is to climb its steps and visit the magical chapel, we encourage you to access the most emblematic place on our coast from Bakio. From this town, located 30 minutes from the centre of Bilbao and host of the Txakolingunea, museum of Txakoli, our wine, you can reach the islet of San Juan, through two routes of 6.5 km approximately (hour and a half). One route offers a parallel route to the Cantabrian Sea and the other will take you through the greenest forests. Either route will surprise you with its incredible beauty. Once you have reached the chapel, don't forget to pull the bell three times! Remember also to book your free ticket.

The sea, a great travel buddy

The benefits of the sea are undeniable. That is why we recommend you travel along the eastern coast of Bizkaia, with the sound of the sea as your background. From Portugalete or Las Arenas to the charming town of Armintza, you will find an infinite number of tourist and historical attractions such as Bizkaia Bridge, the Old Port of Algorta or the Aixerrota Mill, as well as other towns that will not leave you indifferent, such as Barrika or Plentzia. The route is long, approximately 20 km. However, it is possible to choose and walk some of the stages. In addition, you can also get there by public transport, both the metro or bus will leave you very close.

A walk through the Biosphere Reserve

The marshes of Urdaibai are a great choice if you are looking for simple and grateful routes. The river Oka will guide you from Gernika to Mundaka (left bank) or to Laida beach (right bank), through dreamy landscapes and interesting places such as the Castle of Arteaga, Ozollo tide mill or the Urdaibai Bird Center, as well as emblematic towns such as Gernika-Lumo or Forua. An easy route, 9 km long, in an unbeatable natural environment. Both on the right and left banks, the route will give you the opportunity to get to know the wetlands, marshes and the most authentic ‘baserris’ (farmhouses in Basque) first hand. Strolling around Urdaibai is always a good idea. 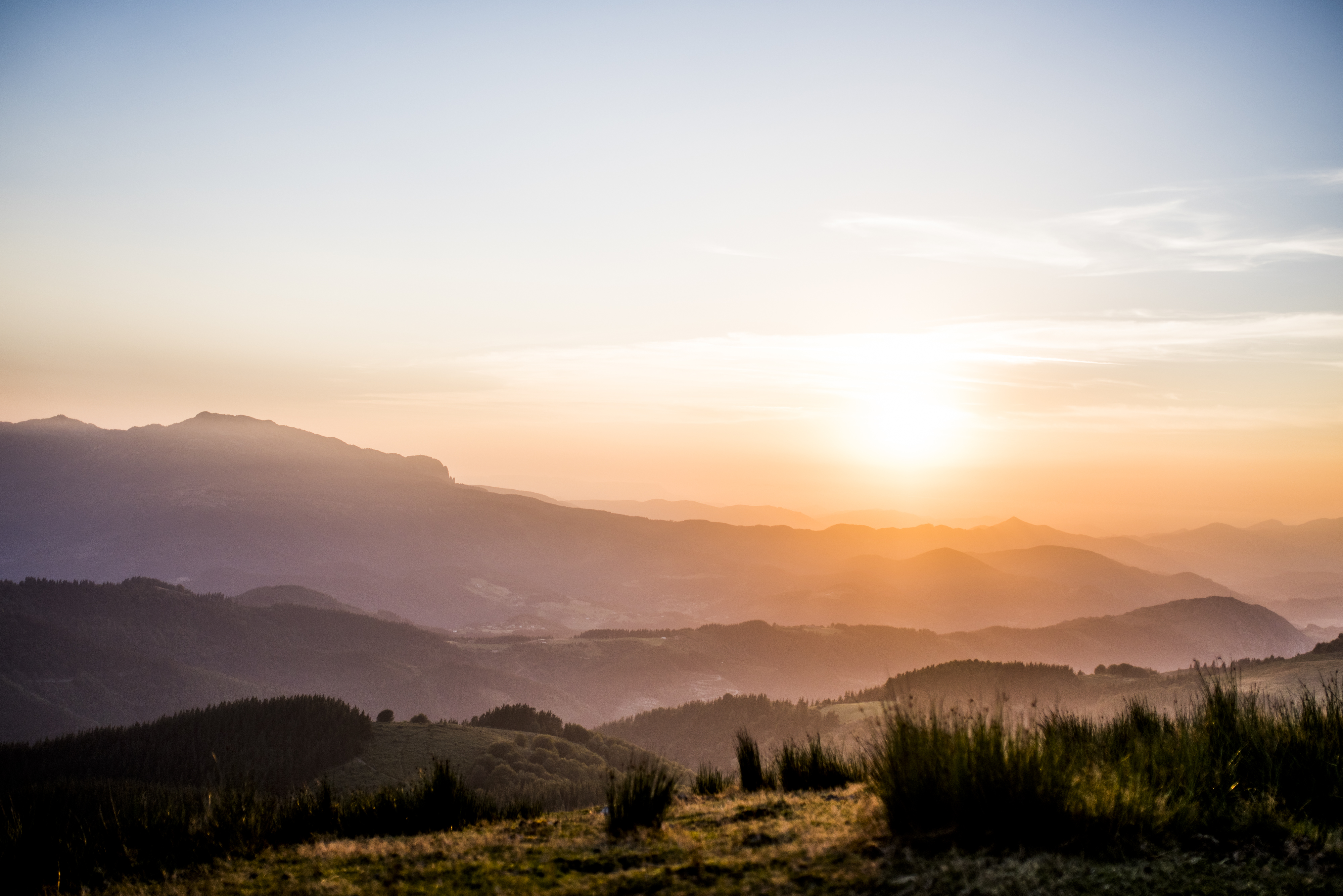