Old Port of Algorta: the seafaring soul of Getxo

Picturesque, beautiful and emblematic, but above all, unforgettable. This is the Old Port of Algorta, the lovely fishing heart of Getxo.

In the municipality of Getxo, at just half an hour from Bilbao on the underground, we can find the Old Port of Algorta. Also known in Basque as “Portu Zaharra”, this location is an obligatory stop on your journey through Biscay. It will win you over with its small white houses huddled together in steep alleys in which old bars have survive to the pass of the years.

All over the year, this is a very busy and lively place in which it’s wide gastronomic offer of fresh fish and seafood stands outs. In addition to enjoying its gastronomy, the views of the bay of Abra will leave you speechless. Do not forget your camera or you will probably regret it. 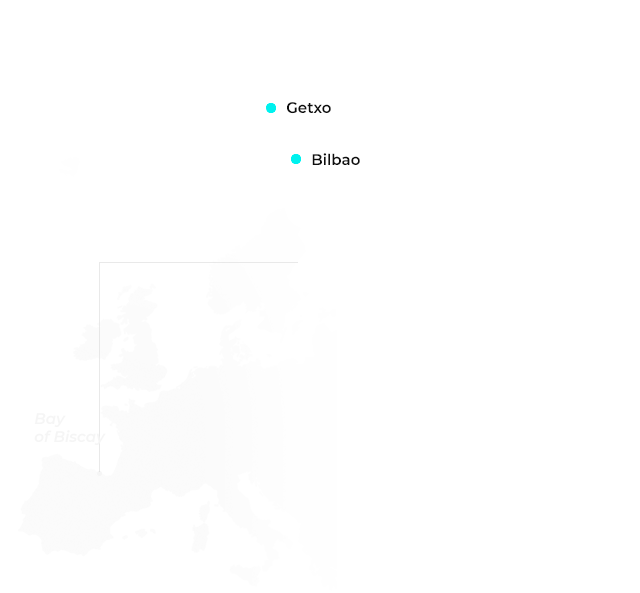 Its steep slopes and staircases, its small, white and crowded houses and its typical fish restaurants have turned the Old Port of Algorta into one of the most beautiful destinations on the Basque coast.

Walking through the streets of the Old Port of Algorta means a journey through time. The old fishermen’s houses, their alleys and slopes smell of saltpetre, fish and “arrantzale” tradition. The Portuzarra and Aretxondo streets are the two main arteries that make up this small space, although there is no shortage of parks and squares full of bars with the best atmosphere. Usually, the “cuadrillas” gather in the streets of the Old Port to have some drinks and enjoy the pintxos of the traditional bars while they enjoy the magnificent views of the bay of Abra.

Surrounded by the sea, cliffs and the beaches of Getxo, the Old Port belongs to the monumental complex classified by the Department of Culture of the Basque Government with the category of Cultural Heritage.

History of the Old Port

The former fishing village has now been converted into a leisure and recreation area for locals and visitors. Now it constitutes one of the places with the biggest history and tradition of Getxo. Its origins date back to the 17 and 18 centuries and are closely linked to the special physical and meteorological conditions of the Port of Abra.

The Old Port became very important due to the combination of inshore fishing in small boats and the “lemanes” (experts of the seabed) that helped the boats to avoid the sandbanks when arriving and getting out of Bilbao. In fact, this sandbar was the main reason why many ships were wrecked in the area. Eventually, even a rescue team was created to react in these cases: the “Estación de Salvamento de Náufragos” (Castaway Rescue Station).

As maritime activities grew, the sailors of Algorta felt the necessity to create an organization to regulate them. That way, the “Cofradía de Mareantes de San Nicolás de Algorta” was born.

You cannot miss it

Old hermitage of San Nicolás:  The origin of this old hermitage of San Nicolas dates back to 1634, when the “Cofradía de Mareantes de San Nicolas de Algorta” chose it as the venue for their first meetings. In the 19th Century, the hermitage was closed by it became a Nautical School. Later, at the beginning of the 20th century and after the great reform, it was reconverted into a neighbouring house, losing this way, all its religious essence. Currently, only the central apse of the building is conserved.

Arrantzale and Sardinera: Both sculptures pay homage to two old professions that are no longer practiced in the Old Port. The arrantzale (fisherman) and the sardinera. They are located in the parapet of Riberamune from where the Lemans could see the ships that were trying to get into the port to help them in this task.

Arrantzale Square: a few metres from Riberamune is the Arrantzale Square, surrounded by trees and the charming typical houses of the Old Port. A perfect area to have some drinks and enjoy pintxos.

Etxetxu: This emblematic house was built in the 18th century by the “Cofradía de Mareantes” as their head office for their meetings. It is considered the epicentre of the Old Port. For some time, the ancient Getxo Town Hall was also located in this building. It has a single closed floor, with an open porch and a continuous bench.

Riberamune: It is located on the landing of the stairs that lead to the port, just next to the Etxetxu house. For generations, this parapet was the usual meeting place for seafarers and fishermen. From this place, they could look to the horizon in search of boats to help them to get into the port.

Getxo’s merman: This is not a mythological being but a photograph by the Argentine author Marcos López. It was exhibited at the Getxophoto International Image Festival and bought by the municipality Town Hall to be exhibited in the Old Port. 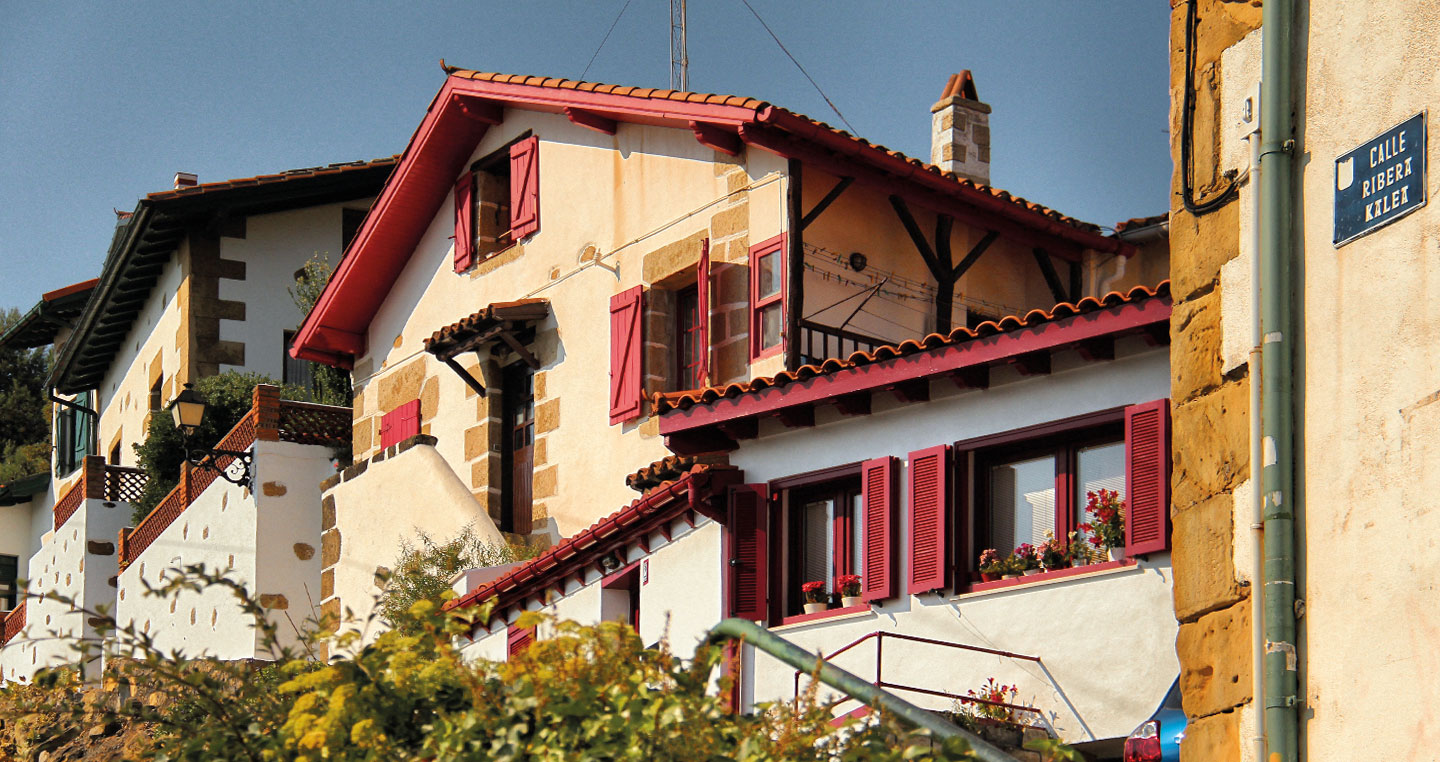 The Old Port is located in the lower area of Algorta, at just 15 minute walk from the cruise terminal of the Port of Bilbao, next to the Ereaga beach. There are many different ways to reach this place: by private transport, by underground, Bizkaibus or by taking a walk from any of the Metro Bilbao stations. 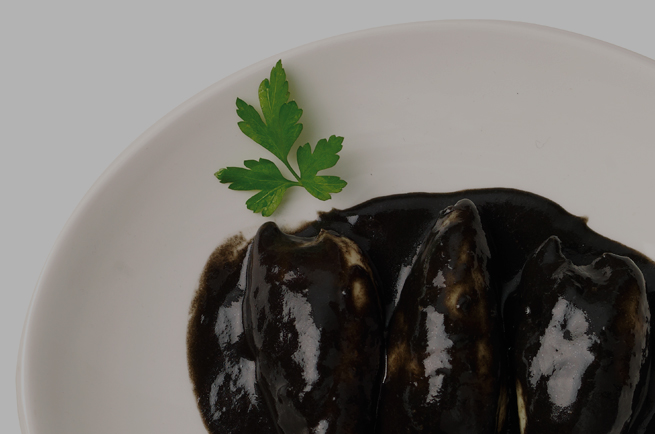 It is typical to enjoy pintxos in the area, full of squares and charming bars where you can satiate your apetite with the best views. Do not miss the Arrantzale Square and they delightful pintxos of the bars close to it. If you want to take a guided tour of the Old Port or other areas of Getxo, the local tourist office offers pintxo routes with expert guides. Moreover, Thursdays of all over the year, the bars of the area offer a pintxo with a drink (beer, txakoli, wine...) at really affordable prices. This practice is known as Pintxopote and is very common throughout the Basque Country.

Do you like kalimotxo? If so, you will be glad to know that its origin is linked to the Old Port of Algorta. In fact, although at the beginning of the 20th century it was a minority drink, during the San Nicolas festivity of the Old Port of 1972 the Kalimotxo as we know it today was born. The inention is attributed to the “Antzarrak” group of friends, organizers of the festivity that year. They bought 2,000 litres of red wine, but this was chopped. Trying not to throw away all this wine, they decided to mix it with the necessary quantity of cola to disguise the bad taste of the wine. What about the name? The ideas for it were not coming together until a friend of the group nicknamed “Kalimero” or “Kali” appeared. This boy was not exactly beautiful, and as someone told that in Basque “motxo” meant ugly, the name “kalimotxo” came to existence. Taste it in its place of origin! 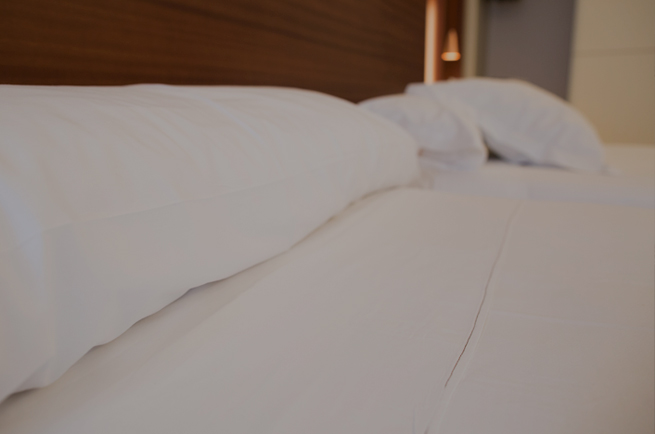 In Getxo you can find accommodations of all types and adapted to all budgets, from the most economical pensions to the most exclusive hotels. In terms of tourism, the most interesting option is to sleep in one of the hotels located on the first coastline to be able to rest with the relaxing sound of the sea. A unique experience.