The Casco Viejo (Old Town) in Bilbao keeps historical treasures like the Gothic Cathedral of Santiago, the Bidebarrieta Library or the Palacio de Yohn. From the basilica in the upper part of town, Our Lady of Begoña protects the city.

Other historical sites in Bizkaia include the General Assembly Hall and the Tree in Gernika, the Butrón Castle in Gatika and the shrine of San Juan de Gaztelugatxe, off the coast of Bermeo.

In addition, Bizkaia has three Unesco World Heritage Sites: the cave of Santimamiñe, the Bizkaia Bridge in Portugalete and the Urdaibai Biosphere Reserve. 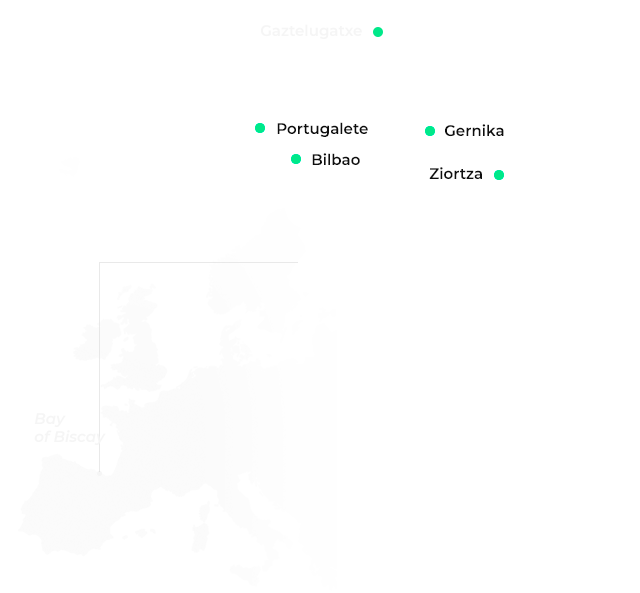 Bizkaia’s historical heritage includes places of worship, burial sites, medieval castles and industrial facilities, which can be found in cities, in the hinterland or by the sea.

The roaring tiger standing on the roof of a building in Deusto watches over Bilbao’s river estuary. The sculpture was commissioned by industrialist Miguel Mendizabal, who asked the Spanish sculptor Joaquín Lucarini to create an intimidating figure to ward off his bourgeois competitors. The concrete tiger is an icon of this district, just like the University of Deusto, alma mater of many leading men and women in Bizkaia and Spain. On your way from Deusto to the Old Town, you will come across Bilbao City Hall, whose Salón Árabe is a Neo-Mudéjar gem, with echoes of the Alhambra.

At La Concordia Station (1902), you can take the train to Bizkaia’s industrial days: the remains of Altos Hornos de Bizkaia in Sestao and the nineteenth-century Bizkaia Bridge across the estuary in Portugalete, designed by architect Alberto de Palacio y Elissague after the Eiffel Tower and designated as a World Heritage Site in 2006.

The quintessential Bizkaia can be found in some of the region’s must-sees: San Juan de Gaztelugatxe, off the coast of Bermeo, with its strategic location at sea and its long, narrow stairs; the General Assembly Hall and the Tree that stands for the freedom of the Basque people in Gernika; the Kurutziaga Cross in Durango; the Monastery of Santa María de Cenarruza in Ziortza; the Old Bridge in Balmaseda; the Eugenia de Montijo Castle in Arteaga; and the Argiñeta Necropolis in Elorrio. They are all worth visiting.

Although they are but a few pieces of Bizkaia’s interesting jigsaw puzzle, here are three historical tours connecting the most iconic cultural sights. The first is a medieval route in coastal Bizkaia, across medieval villages like Larrabetzu (part of St James’ Way and the Oath-Swearing Route), Zamudio, Mungia, Gatika and Plentzia (boasting a strategic coastal location).

The second follows the river Nervión down its estuary, from Bilbao to Portugalete, so that you can feel today’s vibrant atmosphere and the strength of the iron days.

The itinerary should highlight the role of bridges across the river – especially the Bizkaia Bridge, a Unesco World Heritage Site since 2006 – and show the vestiges of Bizkaia’s powerful steel and iron industry, such as the Altos Hornos facility in Sestao. If you are not too tired, go all the way to the port in Santurtzi for an invigorating plate of charcoal-grilled sardines.

Finally, you can go on a tour of Balmaseda, Bizkaia’s first village, with a persistent medieval atmosphere and remnants of a strong railway industry. Sightseeing gems include the famous Old Bridge, the fifteenth-century church of San Severino and the gothic church of San Juan. For a culinary treat, try putxera (bean stew). 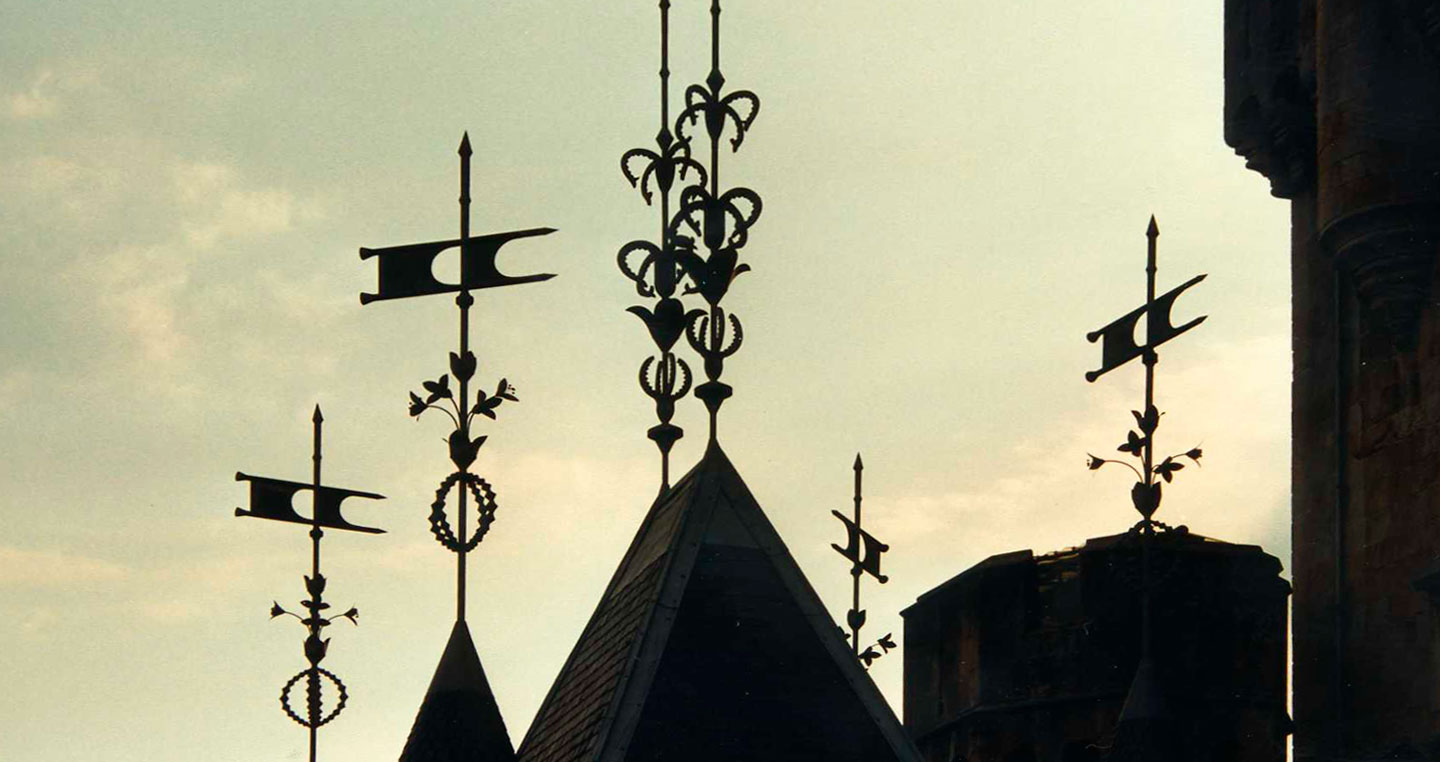