Touching the sky in Gorbeia

Nature and myths on the roof of Biscay

Summits that reach the clouds, jagged rocks that rise from the pastures, caves where legends abound, wetlands full of life, hundred-year-old peaceful woods, ‘caseríos’ in which our old traditions are kept alive, towns and villages with a colorful history…

The variety of landscapes within the 20,000 square meters of its Natural Park, together with the rich cultural and historical heritage of its people, make Gorbeia a perfect paradise to discover our roots and reconnect with nature.

With a height of 1,481 above sea level, Mount Gorbeia is something more than the highest peak in Biscay. The mountain is a really special place, full of symbolism, a magical setting where legends are born and the myths of our ancestors dwell. To proclaim their faith, Biscayan Christians decided to set up an 18-metre cross on its top at the beginning of the 20th century. Gorbeia is a mecca for mountaineers in Biscay too, and even nowadays, it is customary to climb its summit every New Year’s Day.

Declared Natural Park in 1994, the rich natural heritage of Gorbeia and its surroundings is zealously preserved. Among its wide diversity of landscapes is the Wetland of Saldropo, in Zeanuri, whose unique ecosystem developed on formerly peatland soils and now houses distinct forms of vegetation that have great ecological value for the species of amphibians, reptiles, birds, and mammals that inhabit the area.

With its range of karst formations, Itxina Protected Biotope is another of the memorable settings found in Gorbeia Natural Park, featuring a display of rocks that hide innumerable caves and chasms –some of them over 1,000 metres deep. Located in the heart of the Natural Park, Itxina is replete with priceless treasures such as century-old beeches or unique species of plants, and it gives us the most exceptional panoramic views of the incredible grey rock formations that stick out of the ground. Standing out at the top of the massif, there is a hole in the rocks, known as Ojo de Atxular, that looks like a portal to a magical land.

The Natural Arch of Jentilzubi in Dima, the bridge on which the giant ‘gentiles’ of our legends walked, is equally fascinating. The Baltzola Cave located nearby, dwelling of Sugoi –the consort of the goddess Mari, the most important deity in the Basque pantheon–, is the place of choice for climbing enthusiasts.

Ubide, the highest town in Biscay –at an elevation of 581m– lies at the foot of Mount Gorbeia. In San Juan and Madalena, the neighbourhoods in which this small border town between Biscay and Araba is divided, the essence of the past rural lifestyle can still be felt. It preserves important heritage assets, like the remains of a medieval road that, after making its way across the town via the town hall –where the streams Undebe and Zubizabala meet–, takes you to the Church of San Juan, dating back to the 16th century.

The bridge of the town and the Ermita de la Magdalena are also worth a visit, the same as ‘baserris’ Landazabal and Latxa –two traditional country houses–, all of them witnesses to a way of life that has always been deeply linked to the region’s natural environment.

The Casa de Aréchaga, a house with a clear British influence, was designed by Alfredo Acebal in 1910. The architect, who was famous for having designed the Campos Elíseos Theatre in the Ensanche de Bilbao, was given The National Architecture Award of Spain that very year thanks to this project.

In the vicinities of Ubide, sheltered by the adjacent peaks, there are plenty of attractive places for you to explore. Enjoy the pastures and forests of oaks and beeches that surround the town or have a walk along the recreation areas that run parallel to its small rivers. You can always go on a hike or a bike ride alongside the course of the stream Undebe, one of the many routes that Gorbeia has to offer.

Apart from the traditional ascent to the summit, which locals made on every January 1st to watch the first sunrise of the year from the highest point in Biscay, there are numerous routes of different levels of difficulty that you can take in Gorbeia Natural Park at any time of the year. Either on foot or by bike, just pick a trail and get ready to discover the park’s most secret corners.

Areatza, for instance, has two interesting trails. Along one of them, you will be able to see a dolmen, an icehouse, a lime kiln, and a little marsh, while if you follow the other, you will pay a visit Areatza’s historic town centre and admire the wonderful vista of Gorbeia from Pagomakurre. In Arrankudiaga, you can go for a gentle walk close to Mount Ganekogorta and enjoy the quietness and beauty of Zollo Reservoir. In Orozko, you can follow the trails that wend their way around the crags of the Itxina Massif – locally known as “Atxas” – and take you to Aldabide Waterfall, you can explore Izarza beech forest and the mountains in the proximities, you can head for Atxulo – one of the entrances to the Itxina Protected Biotope –, or you can stay in town and acquire a deeper knowledge of its architectural heritage.

In Zeberio, one of the local routes will allow you to discover the vestiges of Bilbao’s Iron Ring, a defensive line built during the Spanish Civil War, other will show you the small chapels that dot the local mountains and valleys and take you to the Church of Santo Tomás de Olabarrieta. This church, with its unique pavement, is one of the best examples of the architecture of the 16th century in Biscay.

In Otxandio, heading in the direction to Barazar pass, Presazelai beech forest is a true delight for the eyes, especially in the autumn, when light shines on its red, ochre and yellow leaves, creating a magical scenery. In the recreation area of Presazelai, small wooden bridges span the River Urkiola, cross local runoffs and streams, and mark the paths that will guide you through these serene woods.

Urrunaga Reservoir, a space that Otxandio shares with the municipality of Legutio in Araba, is like an inner sea sited among mountains into which the waters of the River Zadorra flow. Apart from offering amazing views, this natural park is a great place for those who are interested in watching the birds that nest on the banks of the reservoir, but it is also ideal for those who just want to unwind, relax, or go for a pleasant nature walk. Following one of the routes that Urrunaga offers, you can explore the small neighbourhood of Mekoleta and the recently restored icehouse –a hut with a well, used to preserve snow in past times– situated between Mount Aztikurutz and San Bernabé.

The waters of Urrunaga flow into Undurraga Reservouir, a well-worth stop in the Ruta de los Molinos or Trail Mill. Here, you can know more about the watermill heritage of the region and the ironworks that used to populate the streams near Zeanuri. Built in 1785, Errotabarri is one of these watermills. It maintains the original machinery and the same millstones that were once used to grind cereal. Also found along the same Trail Mill is Ibargutxi, a former ironworks that nowadays works as a watermill. 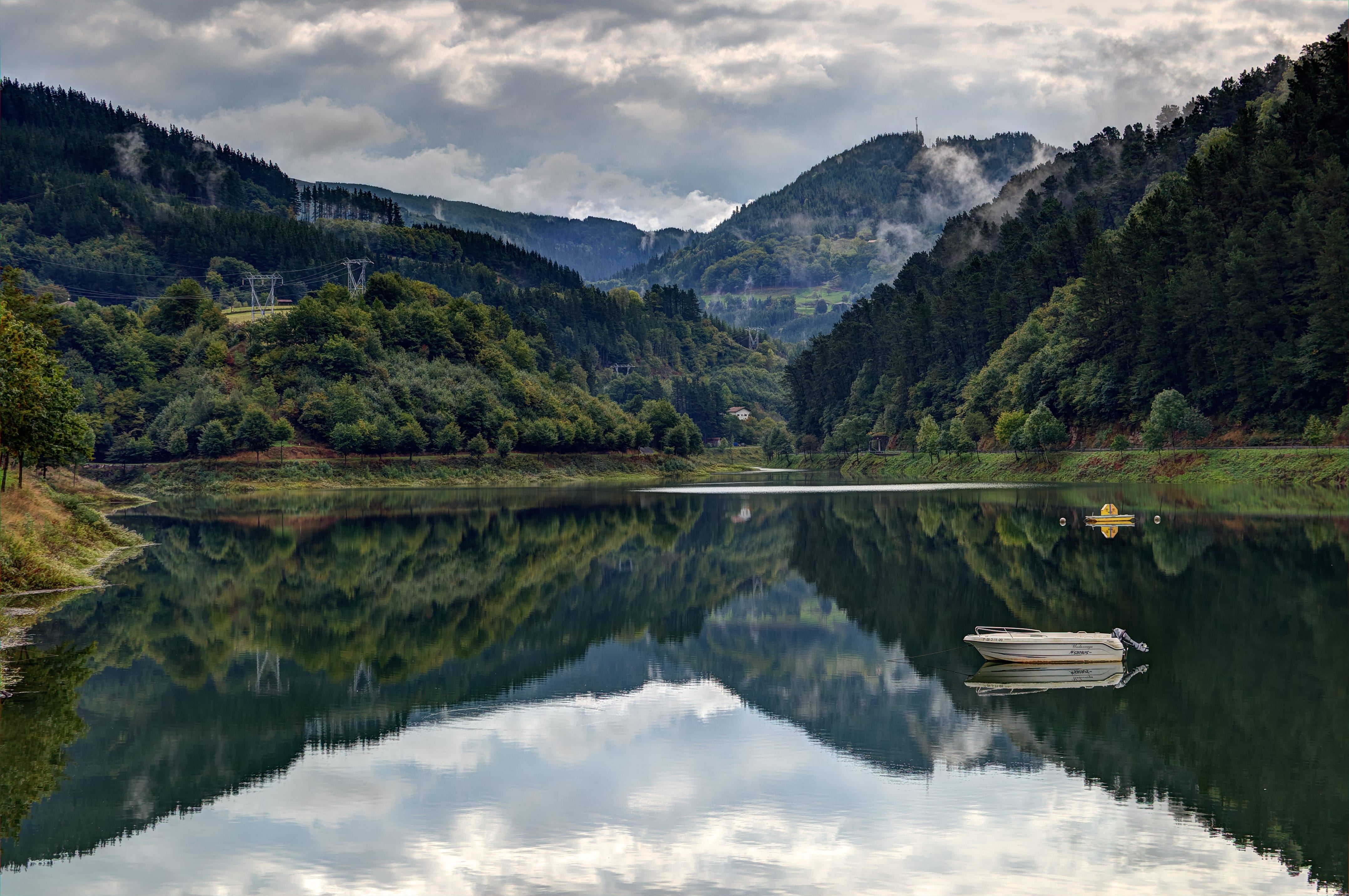