The water routes in Lea Artibai

In Lea Artibai, land and sea come together to offer an unforgettable experience

If there is anything that defines Lea Artibai is water. The water of the multiple streams that descend from the local mountains and its rivers, after which the region is named. Rivers whose banks were inhabited by our ancestors thousands of years ago and which later witnessed the emergence of hamlets, towns, ironworks, shipyards, and mills.

In the Cantabrian Sea, whose waves break with great force on the cliffs, its fishing ports and beaches provide both shelter and entertainment.

Discover the top secrets of Bizkaia

From the top of Mount Oiz to the blue Cantabrian Sea, water has shaped the hills, valleys, forests, roads, caves, bays, islands, and marshes that are spread all over Lea Artibai.

To get to Lea Artibai, you just have to follow the light of the Santa Catalina Lighthouse, the only lighthouse in the Basque Country where visitors are allowed. Today, as yesterday, it continues to light the way for those people who come to this region, located in the easternmost part of Biscay. It also houses an interpretive centre for navigation technology, a fun way to learn more about how people have managed to find their way in the sea from ancient times to the present day.

Lea Artibai's 20-kilometer coastline is dotted with cliffs, islands, beaches, and ports, so the sea is undoubtedly part of its essence. Ondarroa, the most important port town in the Cantabrian Sea, has always kept its seafaring atmosphere. There, the fruits of the sea are, even today, collected and brough to shore by local fishing boats. At the mouth of the River Artibai, Ondarroa draws your attention not olnly because of the narrow streets that make up its medieval town centre, but also because of its Puerto Viejo (Old Harbour), its varied bridges (built in different periods and styles), and religious buildings such as Nuestra Señora de la Antigua and the ornate Gothic church devoted to Andra Mari (Our Lady).

Lekeitio sits next to the mouth of the other river that gives its name to the region, the Lea. Wandering along its streets in the old town and walking past its impressive locations, like the Basílica de la Asunción de María and the town's port, is like going back to the time when sailors and travellers departed from its docks eager to discover new worlds. Off the coast, only accessible on foot at low tide, the magical island of Garraitz stands in the middle of the bay.

This stretch of Biscayan coastline also offers some unbeatable views of the Cantabrian Sea from the viewpoints in Mendexa and Berriatua (in the Asterrika neighborhood), as well as from the imposing steep cliffs that fall towards the rocks. There are beaches suit all tastes: the beach at Ogella is quiet, the one at Ispaster changes shape every year depending on the tides, Isuntza (in Lekeitio) is the most urban beach and its sand is perfect for those who enjoy sunbathing or playing in it, Karraspio (right next to Isuntza but belonging to Mendexa) has recreation areas and waves that invite you to surf, and multiple services are offered in Arrigorri (Ondarroa) and its 150 meters of fine sand.

Inland, with a height of 1,026 meters, Mount Oiz is known as the 'Mirador de Bizkaia' due to the unparalleled views it offers over the coast. To the left, Urdaibai and the coastline near Bilbao can be distinguished from here, while you can get to see the Pyrenees on the right. It is of no surprise that Oiz became one of the "montes bocineros" of Biscay, one of the mountains from where horns were blown when meetings were held in Gernika.

In the small valleys that stretch from Oiz to the sea and following the course of the Rivers Lea and Artibai through alder, ash, oak, and hazelnut forests, the local towns have  always preserved the rural character of the region. Amoroto, Etxebarria, Gizaburuaga, Munitibar-Arbatzegi-Gerrikaitz and their respective neighborhoods maintain the traditions and the culture of a rural and natural environment. They are full of raised granaries, ironworks, tower houses, palaces, churches, chapels, caves that were already inhabited in prehistoric times, mythological creatures that hide in the depths of the forests, traditional country houses or 'caseríos', and meadows.

Markina-Xemein, the first stopover on the Way of St. James in Biscayan territory, was founded in 1355. It preserves its medieval layout together with its palaces, towers, and religious buildings, including the great church of Santa María de la Asunción de Xemein and the unique hexagonal chapel of San Miguel of Arretxinaga. Inside the latter, we can find three large boulders. Legend has it that whoever passes under the stones without touching them three times finds a partner over the following year.

Ziortza-Bolibar also preserves an impressive artistic heritage. This small rural town is especially known for being the place of origin of Simón Bolívar's family, whose tree and relationships are explained in detail in the local Museum. Dating back to 986, the Zenarruza Monastery was formerly a collegiate church. Curiously enough, the building was erected there after an eagle marked the location with a skull taken from the local cemetery.

One of the best ways to get to know Lea Artibai is by taking any of the routes that run through it. The Camino de la Costa or the Northern Way of St. James, one of the oldest Jacobean routes, crosses Lea Artibai from Markina-Xemein to Kobaron on the coast in five stages, going through well-known places like Gernika, Bilbao and its old town, or Portugalete.

Taking the Wine and Fish Route, along which muleteers with their loads travelled the distance between the sea and the inland villages in the Middle Ages, is another interesting way to discover Lea Artibai. Back in the day, on the coastal villages, carts were filled with the fish that had been bought at the fish markets on the harbours of Lekeitio and Ondarroa: sardines, bream, and herrings, either preserved with ice, salted or smoked. From the plateau at the other end of the route, cereals, salt, vinegar and wine were brought to the coast.

The route is now divided into two different itineraries, one ending in Ondarroa and the other in Lekeitio, which are 22 and 21 kilometers long respectively. Both depart from Astoaga, in Ziortza-Bolibar and go past the Collegiate Church of Zenarruza, the Simón Bolívar Museum, the historic Puebla de Bolibar, the chapel of Santa Eufemia in Aulesti and the chapel of Santutxu, where the route is forked in two. From that point, the path that leads to Ondarroa takes you through the charming Asterrika neighborhood in Berriatua, while the route that leads to Lekeitio crosses Bolua and runs through the middle of Amoroto before it reaches the sea.

Leako Ibilbidea - The Lea Trail is the route that follows the course of the River Lea along the 23 kilometers that separate its source on Mount Oiz, near Munitibar, until it flows into the Cantabrian Sea, somewhere between Lekeitio and Mendexa. Crossing Aulesti, Gizaburuaga, and Amoroto, you can enjoy a natural setting enriched with 'caseríos', bridges and chapels, but, above all, mills, ironworks, and shipyards that testify to the important role the Lea played in the production of iron and ships from the 16th to the 18th century.

Manierrota Tide Mill was built in Mendexa in the 16th century. In Gizaburuaga, we can find the Bengolea Ironworks, one of the most important ironworks in the world during the 18th century, and the Casa Torre de Bengolea —the tower house where one of the key figures in the development of the Lea Valley, Pedro Bernardo Villareal de Bérriz, used to live. As we follow this main artery through Lea Artibai, we will also have the chance to visit Bengolea, in Munitibar, the place where one of the first foundries, built in the 14th century, was once located.

If you want to continue enjoying the outdoors surrounded by nature, the 5-kilometer Urko Trail borders the river of the same name between Markina-Xemein and Etxebarria. The Ruta de la Costa (GR 123), a section of this trail also known as Vuelta a Bizkaia, enters Lea Artibai through Ispaster (taking hikers through Lekeitio, Mendexa, Berriatua, and Ondarroa), and ends in Markina-Xemein. Finally, the Amoroto and Santa Eufemia Route will show you a few of the countless rural and hilly landscapes you will be able to discover in Lea Artibai. 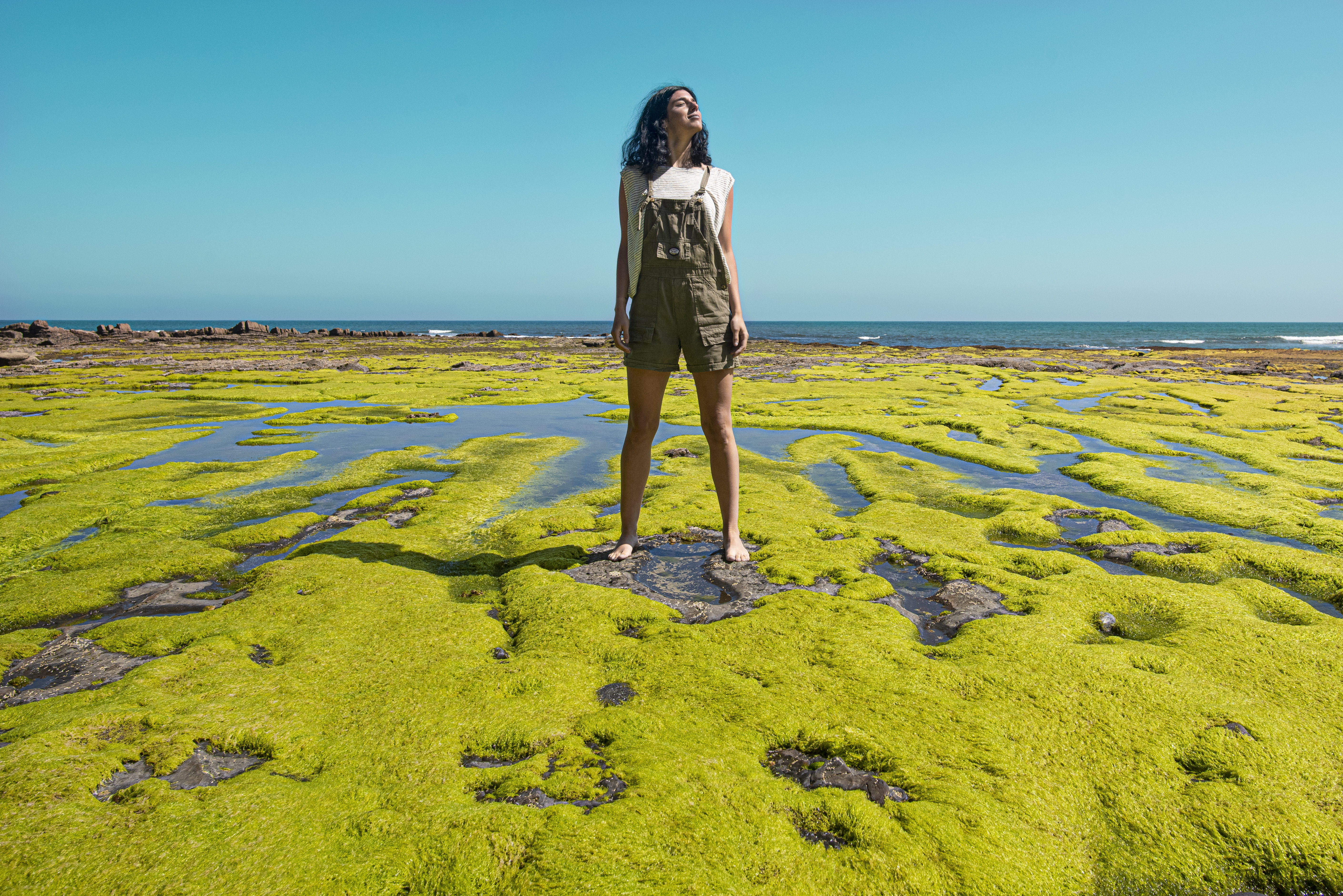