Did you know that Bilbao Bizkaia is one of the main surfing destinations in Europe? Well it is! Let us explain why.

Our love of the sea can be seen from the huge number of people in our region who go surfing. As a result, Bizkaia has been blessed with a large number of surfers, shapers and world-renowned brands in the sector.

No matter what your level, you will find all kinds of waves along our coast. From beginner waves for those who are new to this sport, to the wildest and most exciting waves for experienced surfers.

The best places to surf in Bilbao Bizkaia

The biggest and most dangerous waves in Europe can be found in Punta Galea, Getxo. This is formed by the ledge of a cliff. It has a rocky bed and waves that can reach over 6 metres tall. In addition to the difficulty of surfing the big waves, there is the added danger of rocks submerged in the water. That is why the waves at Punta Galea are only suitable for the most experienced surfers. 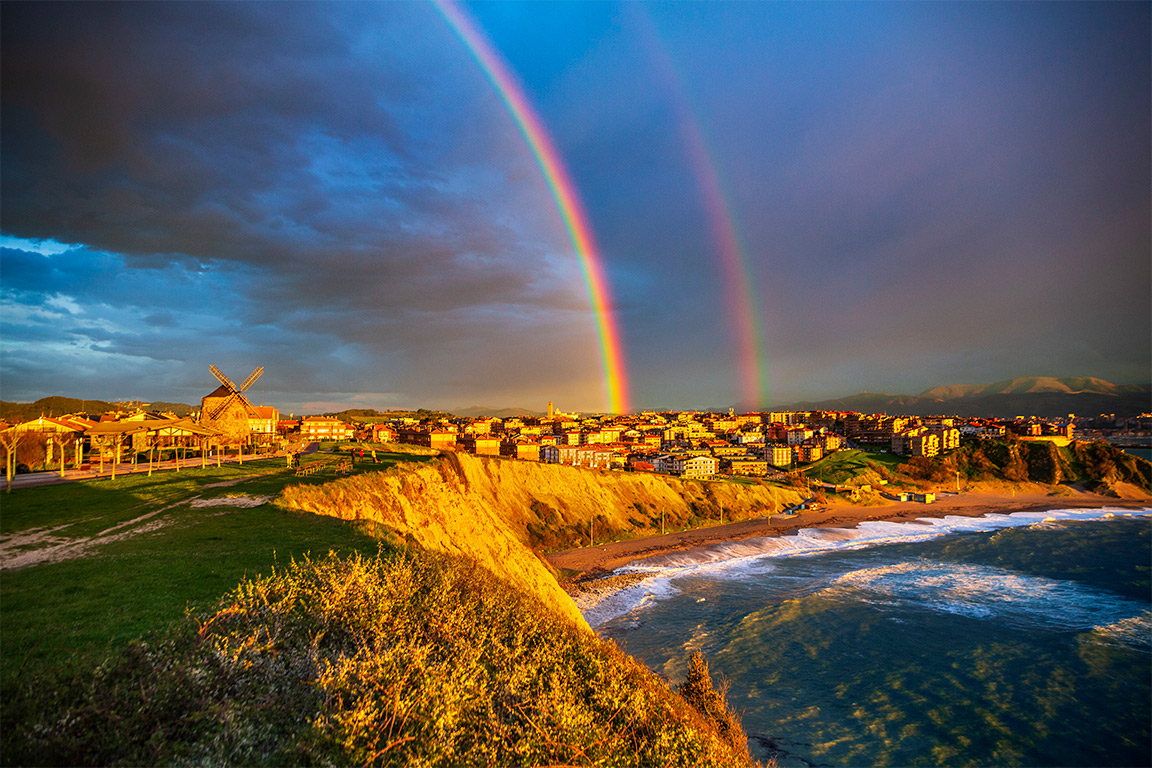 The season offering the biggest waves is between September and March, at medium-high or high tide. The Punta Galea Challenge is held here each year. This is the oldest big wave surfing event in Europe and it brings together the best surfers in this discipline. It is a real spectacle worth seeing.

The crown jewel of our region is in Urdaibai and offers the best left-breaking wave in Europe. This can be seen from the nine times that Mundaka has been a venue on the World Circuit, welcoming surfers of the stature of Kelly Slater, Mark Occhilupo, Aritz Aramburu and Kepa Acero. This wave is characterised by its tube shape and it can reach 4 metres high and 400 metres long. 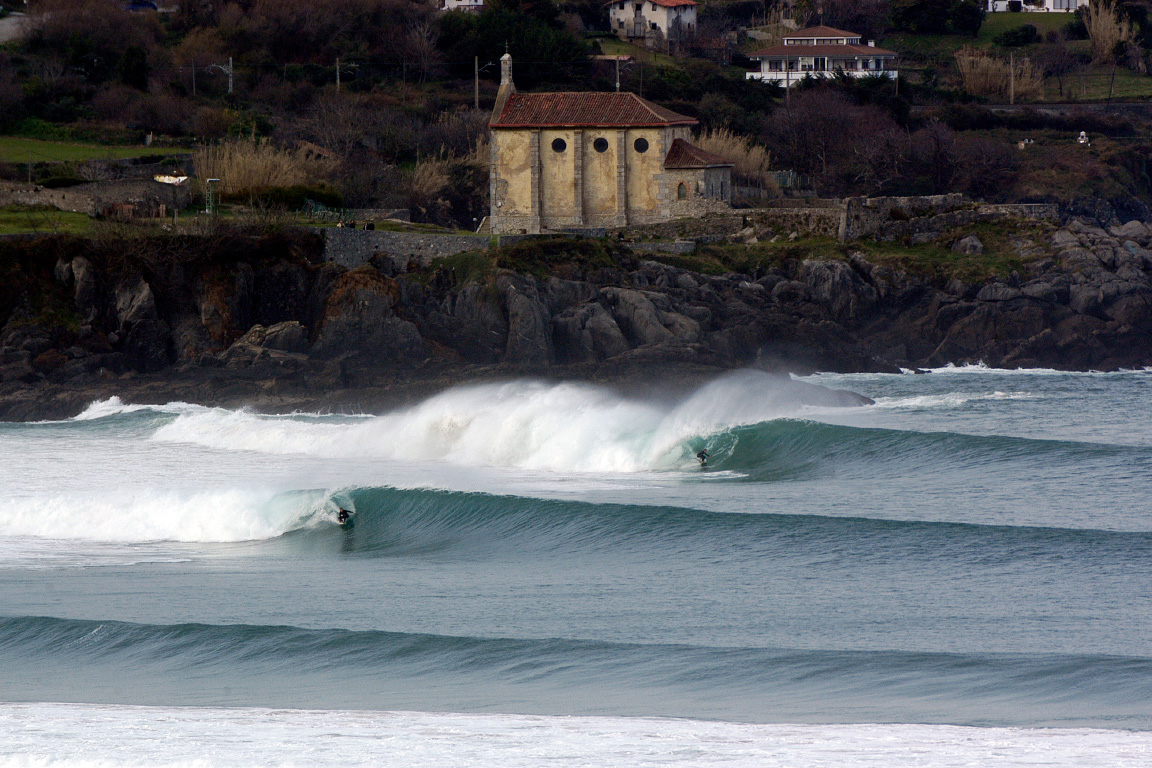 The best time to ride this wave is in autumn and winter, roughly from two hours before to two hours after low tide. This is a demanding wave, so not suitable for beginners. Moreover, it is recommended for fairly advanced surfers.

This untouched beach is just twenty minutes from Bilbao, between Sopela and Barrika. It is only 400 metres wide and has rolling waves and a rocky bed. Despite being a small beach, it is home to a world famous big wave, measuring 5-6 metres high, which can only be surfed by experts. It is dangerous not only for the size of the wave, but also for the large rocks hidden under the water, as well as the cliff against which the waves break. 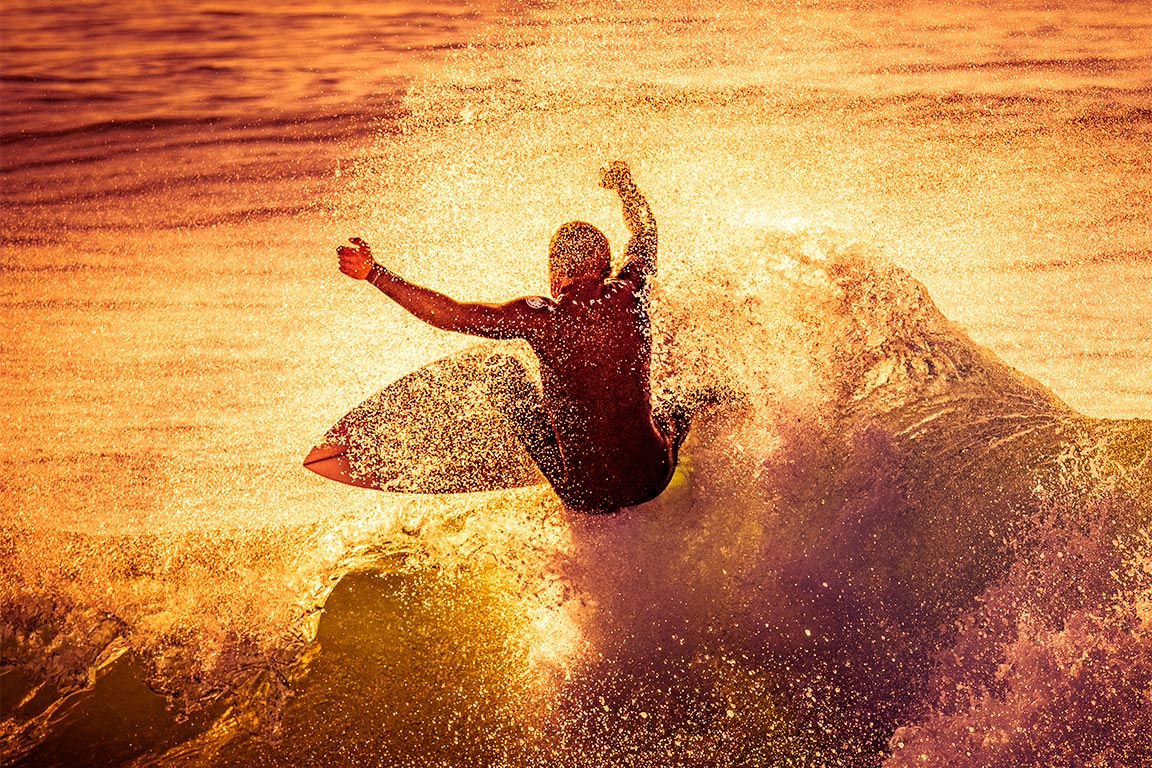 Meñakoz beach can be reached by car, or on foot along the Getxo promenade that runs along the cliffs of the Bizkaia coast. If you choose to walk, you will be next to the sea and can enjoy watching the different wave formations found along our coast.

This is one of the most popular surfing beaches in Bizkaia. The bottom is mostly sandy and the waves break both to the right and to the left. Despite winter being the best time to catch some waves in Sopela, summer also offers us some good waves to enjoy and have fun with. 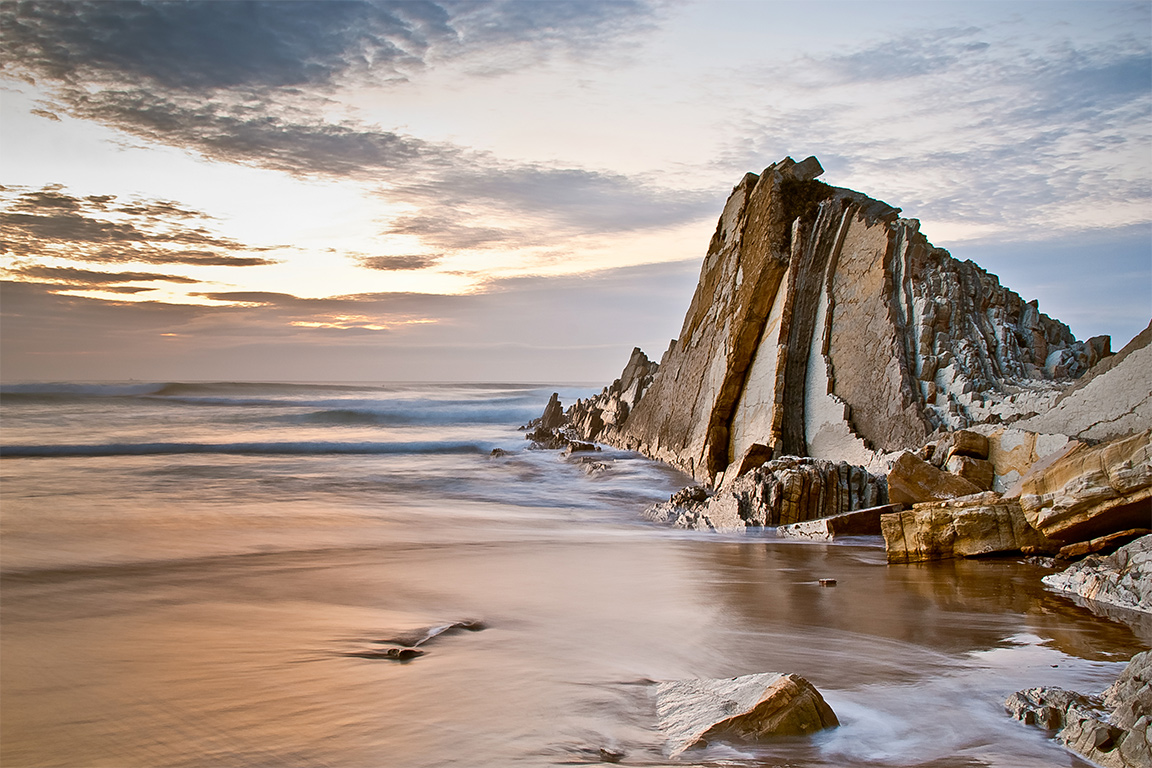 Sopela is one of the places where you can best experience the surfing atmosphere, with bars, shops and schools specialised in this sport. It could even be said that the inhabitants of this town are all born with a board under their arms.

There has always been a big surfing culture in Bizkaia. This is thanks to our terrain, with more than 150 kilometres of coastline bathed by the Cantabrian Sea and home to waves that are perfect for being ridden on a board. Mundaka, Punta Galea, Sopela and Meñakoz are by far the leading locations in Bilbao Bizkaia, but they are not the only ones. Bakio, Muskiz, Gorliz and Lemoiz are just a few of the many other sites in our region known to surfers and where they can take part in this sport.

Our surf culture is also reflected in our world renowned athletes, such as Garazi Sanchez, Aritz Aramburu, Leticia Canales, Natxo Gonzalez and Kepa Acero, as well as in the large number of surf schools in our region.