For many years, Biscay has been home to numerous festivities, especially with the arrival of spring and summer. These fiestas summon us to discover and enjoy its towns, villages and neighborhoods

Although fiestas are a place to drink, dance, eat and generally have a great time, here they also include a special touch of tradition and culture.

A great example of that are numerous culinary and sports contests, traditional dances, bertsolaris (singers of improvised musical verses) and romerías (religious festivities) that take place on those days.

Everybody is invited to take part in the festivities in the towns and neighborhoods of Biscay and above all, to have an amazing time. 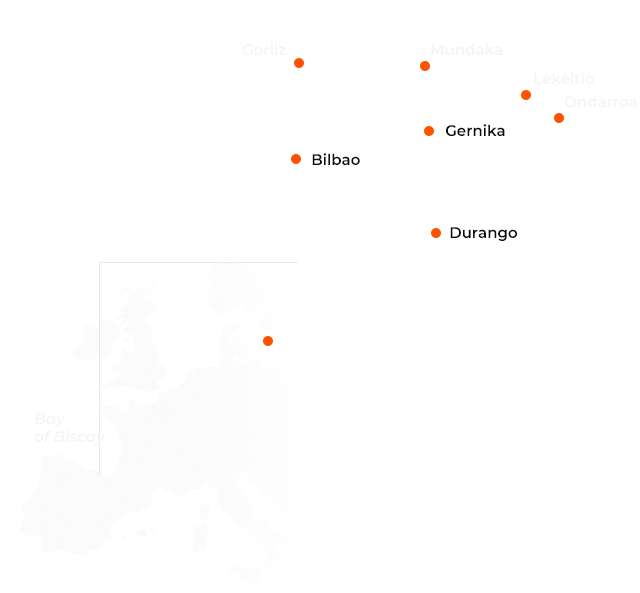 Bilbao’s Great Week (Aste Nagusia), Santo Tomas, San Antolín, Last Monday of October and San Juan are the most famous and most visited festivities. They take place on different times throughout the year and in different towns in Biscay, and always celebrate local traditions, their heritage and identity.

We start with the Bilbao’s Aste Nagusia, that, as it name points out, takes place in Bilbao on the last two weeks of August. During these two weeks, hundreds of different activities and events fill the streets of Bilbao. Bilbao’s Comparsas (groups of singers, musicians and dancers that take part in the street festivities) put up numerous txosnas (stands and tents with food, drinks and music) in the Arenal and Abando areas where you can have a snack or a drink at any time of day or night. Apart from providing music to dance to all day long, they also organize different activities during the day and night. Even though txosnas are a really important part of Aste Nagusia, the party atmosphere in Casco Viejo (the Old Town) is definitely something you need to check out: the streets are filled with brass bands, batucada bands and street theatres.

Another popular festivity is night of San Juan. It celebrates the summer solstice and takes place in different towns around Biscay on June 24th. In Bilbao, the biggest celebration is in Extebarria Park, although there are other smaller celebrations in most of its neighborhoods. If you decide to celebrate San Juan, you can have a fun evening singing and dancing by the fire. People also write down their wishes on a piece of paper and burn them in the bonfire hoping that they will come true. It is very common to eat talo (a corn flatbread) and have a drink by the fire. In towns like Leioa, when the fire dies out, it is when the real party begins.

In summer there are numerous popular festivities in the towns along the coast and in the interior. On the coast, you should visit San Antolines in Lekeitio where the famous Antzar Eguna takes place, the Zapato Azule festivity in Ondarrua or Madalenas in Arrigorriaga in the interior. Those festivities are a great opportunity to try local traditional food, take part in romerías, and watch competitions of cuadrillas (groups of friends) or culinary contests. This is the time when we can come across Gazte Eguna or Euskal Jaia festivities in different towns.

However, the fiestas are not just a summer event. There are plenty of festivities all year around Biscay. The Last Monday of October of Gernika is the best way to start the school year. As it name indicates, it takes place the last Monday in October and includes romerías, food and drink stands and above all it is a celebration of everything Basque related and it is one of the best places to get a glimpse of a wide variety of customs and traditions.

In December the most important fiestas are Durangoko Azoka and Santo Tomás. The first one gathers culture vultures from all over Biscay. It takes place from December 5th through 9th at the Landako Gunea fair and offers books and records among other things. There are also various concerts held at a tent next to the fair and in Plateruena theatre. It is a celebration of Basque traditions that cannot be missed!

On the other hand, December 21st marks the Santo Tomas celebration, the most important festivity and fair bringing all of the flavors of rural Basque life to Bilbao and other numerous towns in Biscay. Santo Tomas in Bilbao is the most famous one, followed by the celebrations in Lekeitio and Zaldibar. Thousands of people, many dressed up in traditional Basque clothes, get together and enjoy some talo and cider.

Festivities all year round

After December, the Carnival in February is next in line. Carnivals in Gernika and Lekeitio are the most famous where, apart from the usual party, the towns organize romerías and lunches for the whole town. Here you have to leave your usual clothes behind and put on your best costume!

As the temperatures begin to rise again, in the first week of May, you can visit the Otxomaio celebration in Orduña. It is a perfect place to enjoy all kinds of activities that include concerts, culinary, mus (a local card-game) and other contests and other fun activities for all ages.

Apart from the festivities mentioned, there are a seemingly endless number of celebrations organized all year round in all towns, villages and neighborhoods of Biscay wanting to promote feelings of togetherness and good neighborly relations. Regardless which one you chose, you will be handsomely rewarded and experience something that you will never forget. 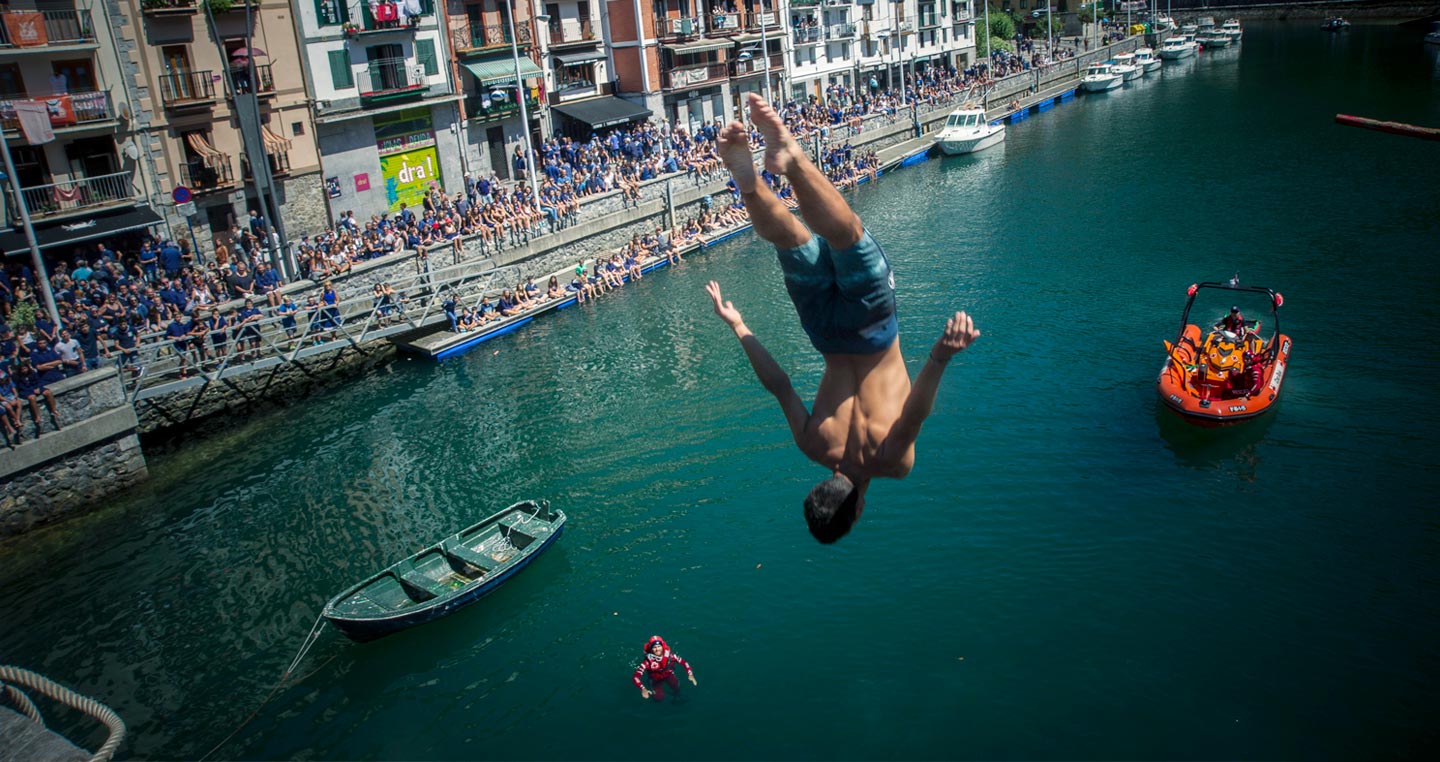 To get to the festivities in both towns and villages you can either use the public transportation or your own car. 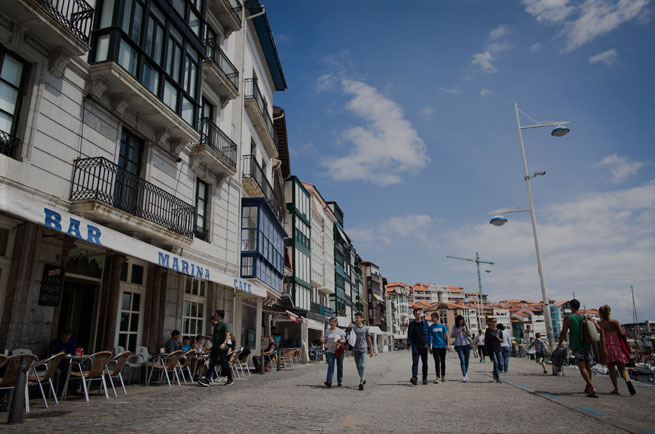 For both lunch and dinner, you will find numerous txosnas or bars close to the festivities. You cannot leave without trying the talo! 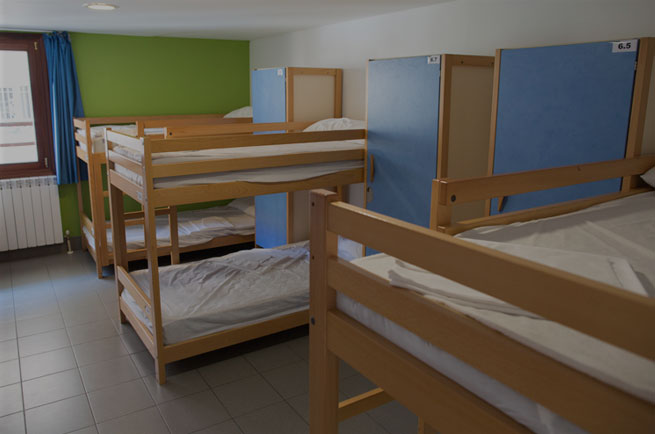 There is a wide selection of hotels, hostels, camping grounds all around Biscay. Choose the one that best fits your needs.