Exploring the Biscayan coast by car

Fishing villages with a historical flavour, beaches surrounded by wilderness, vertiginous cliffs, impressive sunsets, and magical settings–there is a whole world to explore on the paradisiacal coast of Bilbao Biscay 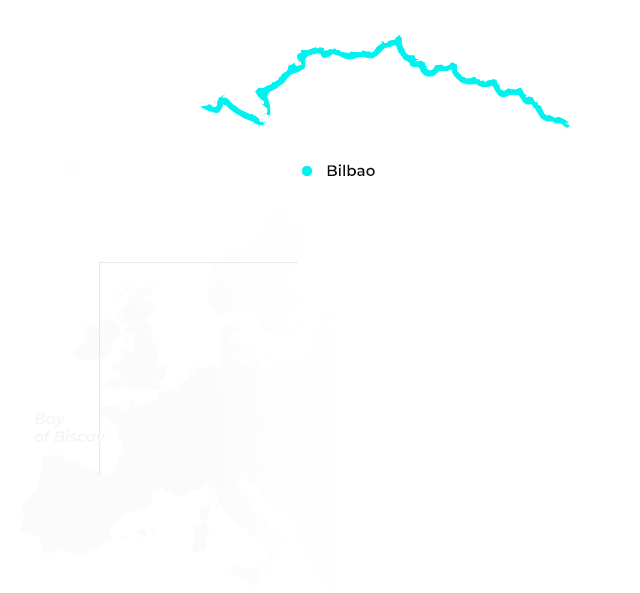 Families, couples, groups of friends, lovers of adventure, nature or history–everybody has a place on the coast of Bilbao Biscay. You can take any of its countless car routes to immerse yourself in this incomparable landscape shaped by the Cantabrian Sea.

To begin discovering the coast of Bilbao Biscay, you could start from its westernmost part. One of the longest sandy beaches in Biscay, La Arena in Muskiz, awaits you there with its peculiar reddish colour given by the former iron ore mines that existed in the area. The Vía Verde de Itsaslur, an agreeable walking trail that goes by the sea near vestiges of past mining activity, has its starting point at one of the ends of the beach.

After passing Zierbena’s small harbour, an ideal destination for anyone who likes seafood, the road takes you to Santurtzi, a town where you can still breathe the sea air, especially at its fishing port and fish market. It is highly recommended that you visit the bars and restaurants situated around the town hall to eat the typical sardines, famous not only for their taste but also because of the popular song ‘Desde Santurce a Bilbao’ that narrates the story of how local women used to sell the sardines they carried to the neighbouring towns and villages.

Up the course of the Estuary of Bilbao a Word Heritage Site, the iron giant Vizcaya Bridge, majestically connects both of its banks. Walking on its platform is a great way to enjoy the bridge and crossing to Getxo will not be a problem at all since you can get your car on it too. But it is absolutely necessary to pay a visit to Portugalete before that in order to see its historical old town or to take a walk along the estuary. Once in Getxo, you can go for a stroll following the path beside the Aixerrota Mill that runs parallel to the cliffs at Punta Galea or be surprised by the bourgeois manors and palaces that line up along the Paseo de las Grandes Villas. The Old Port of Algorta, an old but charming fishermen’s neighbourhood, is a magnificent spot to replenish your energies with the help of one or two pintxos.

When you leave Getxo, you must head towards Sopela, a mecca for beach lovers and surfers alike. At the foot of its cliffs and other capricious rocky formations, you can find beaches like Barinatxe, also known as La Salvaje, or Arrietara-Atxabiribil. Apart from offering spectacular landscapes and inviting everyone to relax on the sand, the beaches in Sopela give you the opportunity to do sports like paragliding, surfing and kayaking. Keep following the road and you will arrive at the Bay of Plentzia, a wonderful place to soak up the marine atmosphere. Here, the beaches of Plentzia and Gorliz, sheltered from the brunt of the Cantabrian Sea, are great locations to have a peaceful bath.

Driving onwards to the east, you get to Bakio, a coastal town that boasts the longest beach in Biscay and the Txakolingunea, the Txakoli Museum. Between Bakio and Bermeo lies one of the jewels of the Biscayan coast: San Juan de Gaztelugatxe, an islet steeped in legends and pirate tales and undoubtedly one of the most stunning seascapes on our coasts. The 241 steps that lead visitors to the chapel on the summit are just a small price to pay if you really want to see one of the most magical places in Biscay.

The route continues towards Bermeo, a historical town that rivalled Bilbao in importance in the Middle Ages. This is clearly illustrated by its impressive heritage, which takes us on a real journey through the history of Biscay. Nowadays, Bermeo is still an active fishing port, and this is reflected in the amazing gastronomic offer of the local bars and restaurants, where all kind of fish recipes are beautifully prepared. Deeper into the Urdaibai Bisphere Reserve, the trip continues towards Mundaka, an enchanting small fishing village, particularly famous for the left-breaking waves that have turned the town into one of the surfing capitals of the world.

Surrounding the natural paradise formed by the Urdaibai Estuary as it meets the sea, we cannot miss Gernika, home to the Gernika Tree–symbol of the Basque freedoms–, and Arteaga, and we will pass interesting places like the Santimamiñe Cave and its paintings, the Urdaibai Bird Center with its museum and bird observatories, the romantic Arteaga Castle, and the sandy beaches of Laida–at the mouth of the estuary–and Laga–under the shadow of Cape Ogoño.

Driving round the cape, and sharply descending the hill towards the harbour, we find a fishing village called Elantxobe, which features a nice sea pool and fantastic pubs where you can eat good pintxos. The streets in this town are so narrow and steep that a car turntable had to be installed so that buses can make U-turns, which has also become an attraction for tourists. The next stop is Ea, another charming fishing village built around a brook crossed by beautiful little bridges.

After stopping to see the Santa Catalina Lighthouse, the only lighthouse open to visitors in the Basque Country, we arrive in Lekeitio, cradle of the traders, seamen and fishermen that sailed the seas back in the day. The lively old town and its port, filled with fish bars and restaurants; the magical Garraitz Island, accessed on foot at low tide; Isuntza Beach; and the Basilica of La Asunción de Santa María, which houses the third-largest altarpiece in the Iberian Peninsula, are a few of the landmarks this seaside destination will surprise us with.

Our tour ends in Ondarroa, the easternmost coastal town within the Biscayan region. At present, Ondarroa is considered to be the most important fishing port of the Cantabrian Sea, which can be easily appreciated in its bustling covered fish market. You are free to visit it if you want and buy the fish sold there, which is daily caught by the inshore vessels that operate in local waters. Besides that, the Old Town is replete with stately historical buildings such as the Likona Tower or the church of Andra Mari. This is also the best place to eat sea bream, marmitako (tuna pot), or clams, before you go end your adventure with a gentle walk among the several bridges of different styles, and built in different periods, that cross the River Artibai. 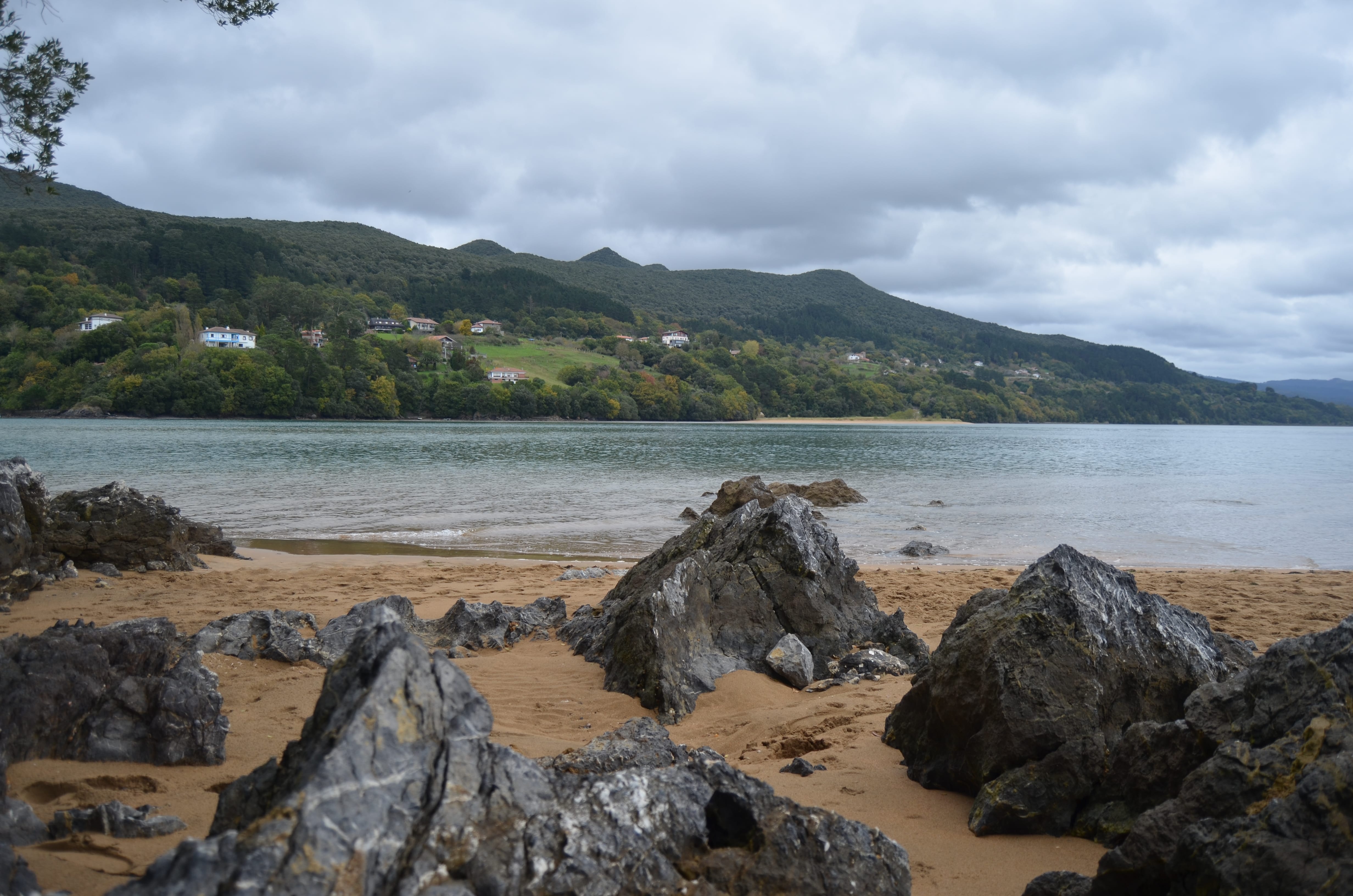