The noble art of eating and drinking

TXOTX! Or to put it another way, stop eating and come and get more cider.

Going to a cider house is one of the things you cannot miss out on if you want to live the Bilbao Bizkaia experience to the full and understand the true meaning of the word “txotx”.

But first you have to know that a cider house is called a “Sagardotegi” (the Basque word for one) and that the cider is produced in the farmhouses themselves where later food is consumed.

Find out everything about traditional Basque gastronomy.

If there is one thing that we do well in Bilbao Bizkaia, it is eating. This destination is ideal for lovers of good food that is carefully prepared and made with the love of traditional recipes and with the best zero kilometre products.

The cider houses are a great example. These farmhouses are usually located in rural settings, right where they harvest the products (like cider) themselves or source them from their neighbours’ orchards and farms. The quality of the food is mainly due to this, to them all being fantastic local products.

But unfortunately, this experience cannot be enjoyed throughout the year. Although there are some exceptions, generally, the cider houses are open exclusively from mid-January to the end of April. So if you are going to visit Bilbao Bizkaia during those months, grab a pen and paper, since this is the menu that you will be able to taste!

Starters. The first protagonists are cod omelette and cod with peppers. These dishes are served at the table for sharing with the kuadrilla (a term referring to a group of friends).

In some sagardotegis they also offer other starters such as chorizo in cider or house specialities, but this is just the appetizer to get you ready for the main dish: the great beef steak. 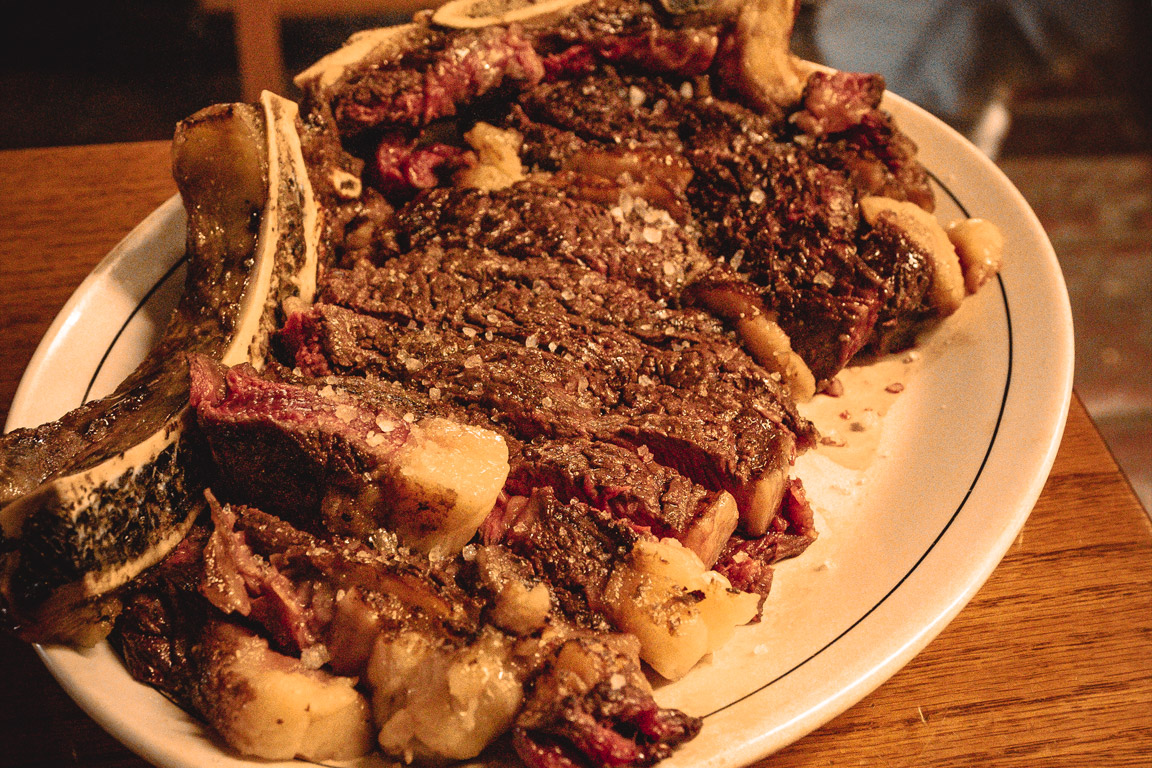 Even if you think you can't eat another mouthful, the party continues with the dessert. Apparently simple, but elegant and with an explosion of flavours: the traditional cheese with quince and walnuts. 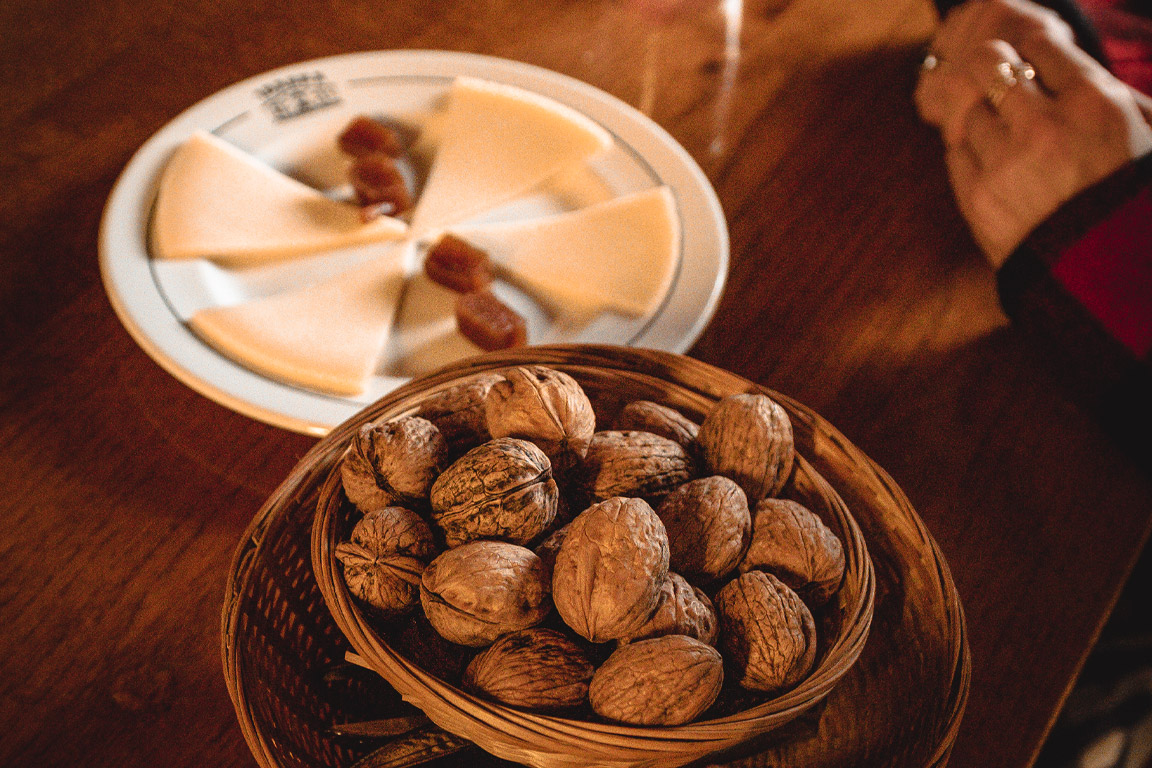 And, of course, the jewel in the crown: the Cider from the farmhouse, in kupelas (barrels) and perfect to accompany this great banquet of the senses.

Txotx! (with an exclamation mark because it is shouted loudly) is the most important word used in any cider house. When this word rings out, everything stops. It's time to go and refill your glass of cider! It means that the kupela (or barrel) has been opened and that the cider is flowing, so you have to remain on the alert so that you can queue up and pour the drink directly from the barrel into the glass. In some cider houses, it is the owners (and those in charge of harvesting the cider) who are responsible for operating the tap. In other establishments it is in the people who are enjoying the food who do this.

This tradition has become a true rite with the arrival of January. Some people even go on a tour of the different cider houses to enjoy the magic that each one offers. It is more than a gastronomic experience, it is the opportunity to socialise with everyone at your table, whether you know them or not (since you often eat at long tables), and the opportunity to travel through Basque culture and history through its flavours.

The history dates back many years, when tastings were held in the farmhouses for potential cider buyers. To make it easier for them to taste the different barrels, they began to make a hole in the middle of the barrel where the cider could be taken out and served. The word “txotx” means “stick” in Basque and refers to the stopper used to close the barrel. 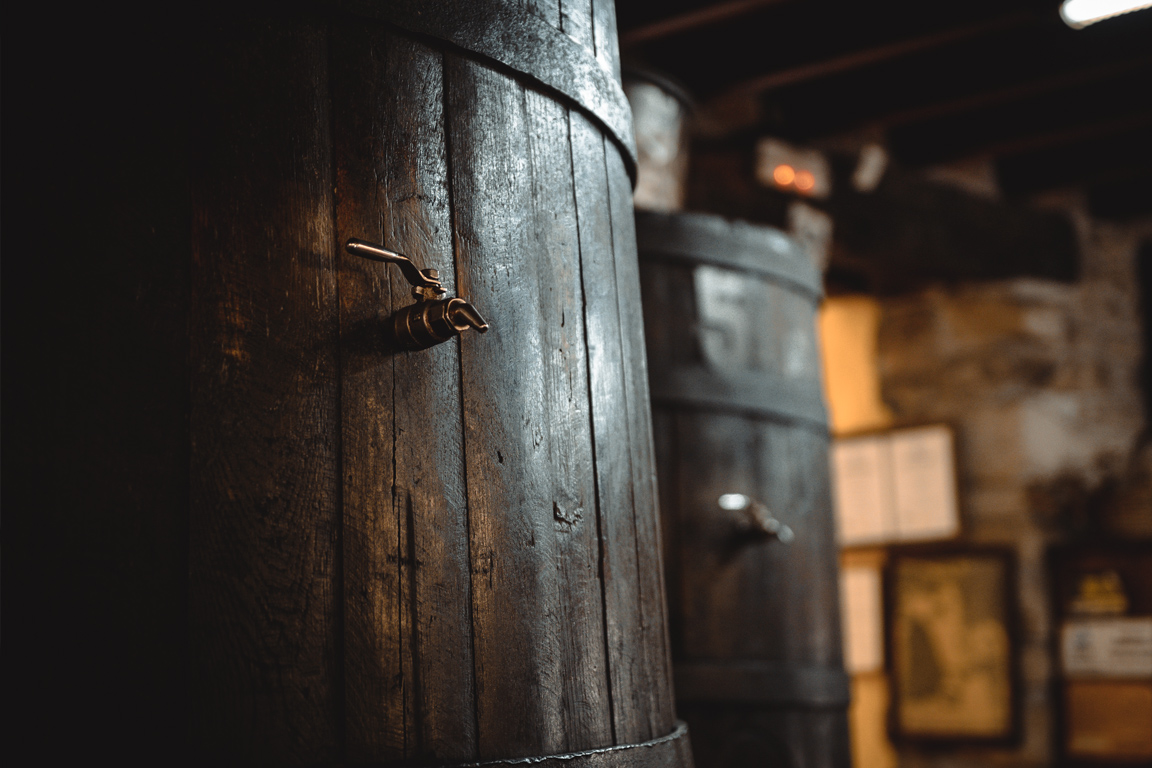 Gastronomy has always played a fundamental role in the identity of Bilbao Bizkaia. Family, friends, sorrows and joys, everything is shared and celebrated around the table. Thanks to this culture of eating and the quality of local products, Basque gastronomy has become a benchmark. Proof of this are the 14 Michelin stars earned by 12 restaurants in Bizkaia.

But traditional Basque gastronomy goes beyond cider houses and Michelin-starred restaurants. The typical dishes, those that were cooked by our amamas (grandmothers) and aitites (grandparents), can be found in many restaurants in Bizkaia: bacalao al pilpil (pilpil cod), marmitako (tuna stew), bacalao a la vizcaina (Vizcaina-style cod), txipirones en su tinta (squid in its ink) and more.

And of course we have the pintxos, haute cuisine but miniature-style. You will not find two bars that have the same dishes, because even the gilda (pepper, olive and anchovy skewer) that may seem like a simple combination has many variations. Each establishment is in charge of giving it their personal touch with secret ingredients or even making their own creations. For the perfect experience, we recommend that you take a tour of the different pintxo bars and try the flavours. You will find some real surprises!

In short, in this area we like to eat! We invite you to delve into our culture on your trip and discover our flavours and gastronomy.