A tour of the lighthouses of Bilbao Bizkaia

We have the best excuse for discovering our coastline: a tour of the lighthouses of Bilbao Bizkaia.

The relationship between the Basque people and the sea can be seen from the many lighthouses found on our region’s coast.

Moreover, the lighthouses are located in truly beautiful settings where you can enjoy the most spectacular landscapes in Bizkaia.

Discover the Bizkaia coast through its lighthouses

In Bilbao Bizkaia, many lighthouses are located on the hills along the coast on the basis that since they are higher, they can be seen from a greater distance. However, this is not the case for Arriluze lighthouse, which has been built at sea level.

The lighthouse is located on the seafront at Getxo, next to the marina. Unsurprisingly, its design is reminiscent of a Basque farmhouse. In addition to acting as a lighthouse, this building is also used as the headquarters of the Red Cross sea rescue and the rowing club.

Although the lighthouse is not open to visitors, we strongly recommend a visit to Getxo’s seafront. The promenade is 3.5 km long from its start at the Bizkaia Bridge to the Old Port and runs along the banks of the estuary and the sea. While strolling along, you can discover interesting tourist sites such as the Punta Begoña building, Grandes Villas buildings, Arriluze Lighthouse, and, finally, the Old Port of Getxo itself, an ideal place to end your walk by enjoying some pintxos (Basque tapas) and a good txakoli (Basque white wine). 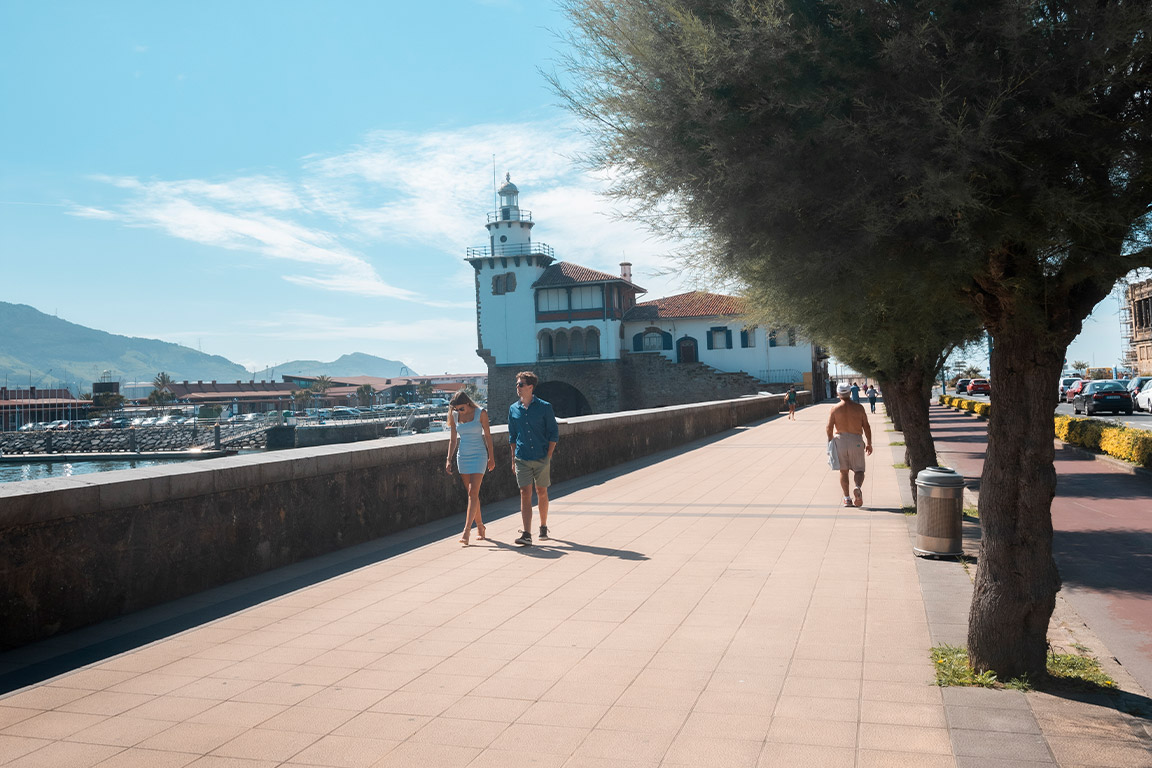 Getxo has not one but two lighthouses. The lighthouse is located in La Galea, a series of cliffs along the edge of the coast. This is a strategic point, as it is here where ships used to enter Bilbao estuary from the sea.

To see the lighthouse, take the path that runs along the cliffs of Getxo and head towards the sea. Like Arriluze lighthouse, this lighthouse cannot be visited, but the views are well worth the effort. From there you can see Bilbao Estuary, Portugalete, Santurtzi, Getxo, as well as the coast of Bizkaia.

If you want to go for a walk, you can follow the route until you reach Sopela, a town famous for its perfect surfing waves. For the entire route you will have views of the sea, walking along the cliffs on a path that is perfectly adapted for this purpose and suitable for all ages. 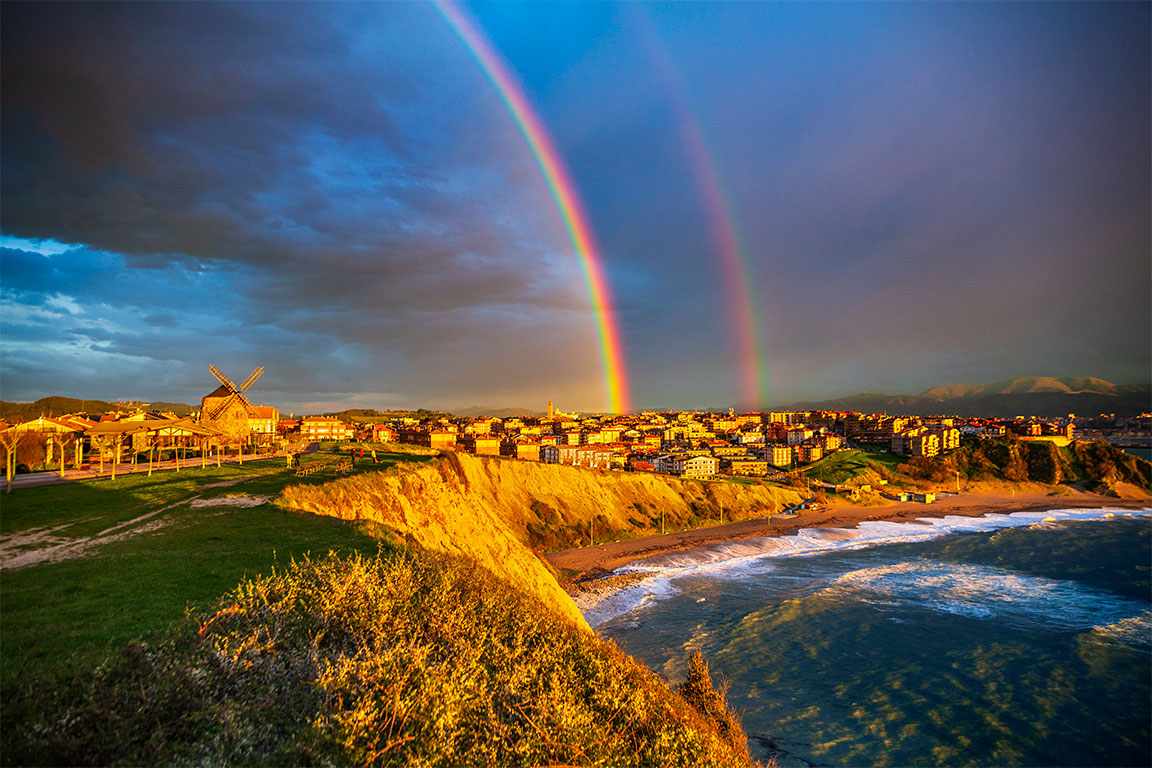 This lighthouse is the highest in the Basque Country, located at the foot of Mount Ermua in Gorliz. As the lighthouse is more than 150 metres above sea level, to reach it you will have a short climb along an asphalt track that starts at Gorliz beach. Once at the top, you can enjoy the breath-taking panoramic view of the bay of Gorliz and the coast of Bizkaia.

A path leads down from the lighthouse to the sea where there are several bunkers and cannons from the 1940s. Their function at that time was to control air and sea traffic coming from the north. The view of the Bay of Biscay is even more spectacular from here, if at all possible. 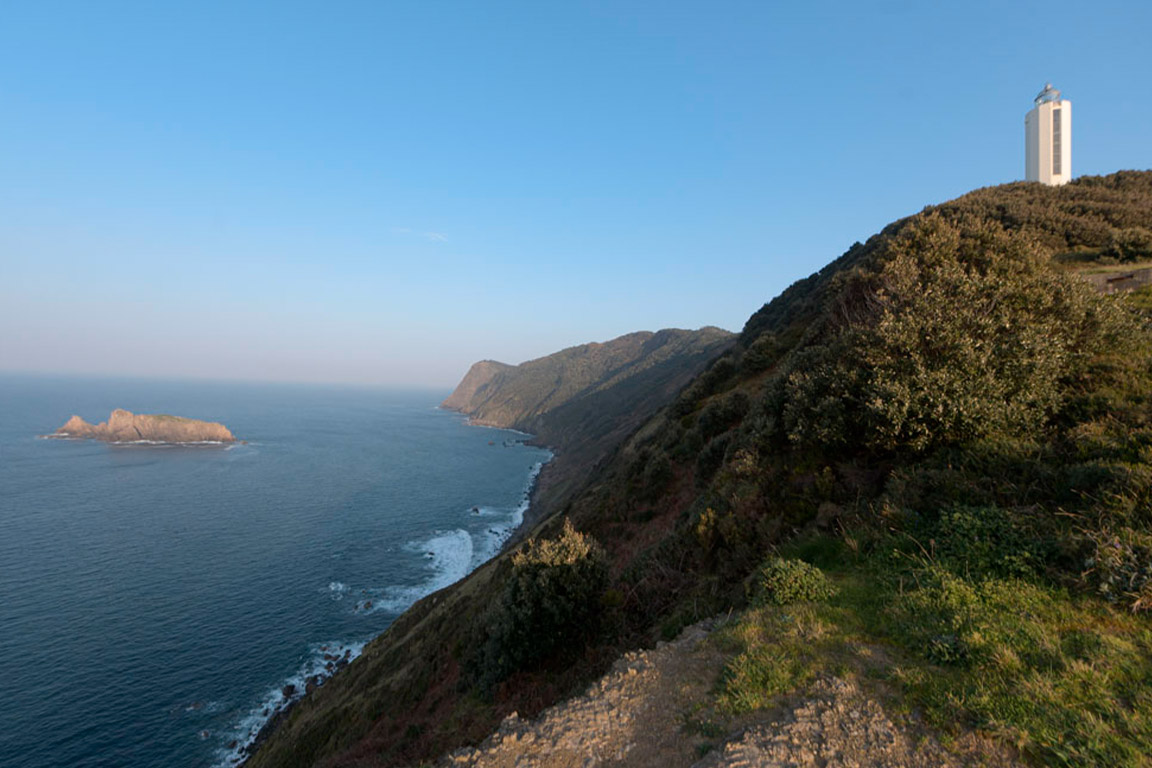 This lighthouse is in Bermeo and takes its name from Cape Matxitxako, the headland in Bilbao Bizkaia that extends furthest into the sea. In addition to the lighthouse, which is currently active, there is also another lighthouse. This original one is located around 100 metres away and was in use until 1909.

Near Matxitxako lighthouse you can find Bermeo, a charming little coastal town with a strong fishing tradition. There you can taste the best pintxos made with the best ingredients from our sea, stroll around its port and old town and visit the Fisherman’s Museum.

And, of course, if you are in Matxitxako you cannot miss the chance to visit San Juan de Gaztelugatxe, which is just 15 minutes away by car. This is a stone castle built in the sea, one of the most recognisable symbols of our territory. 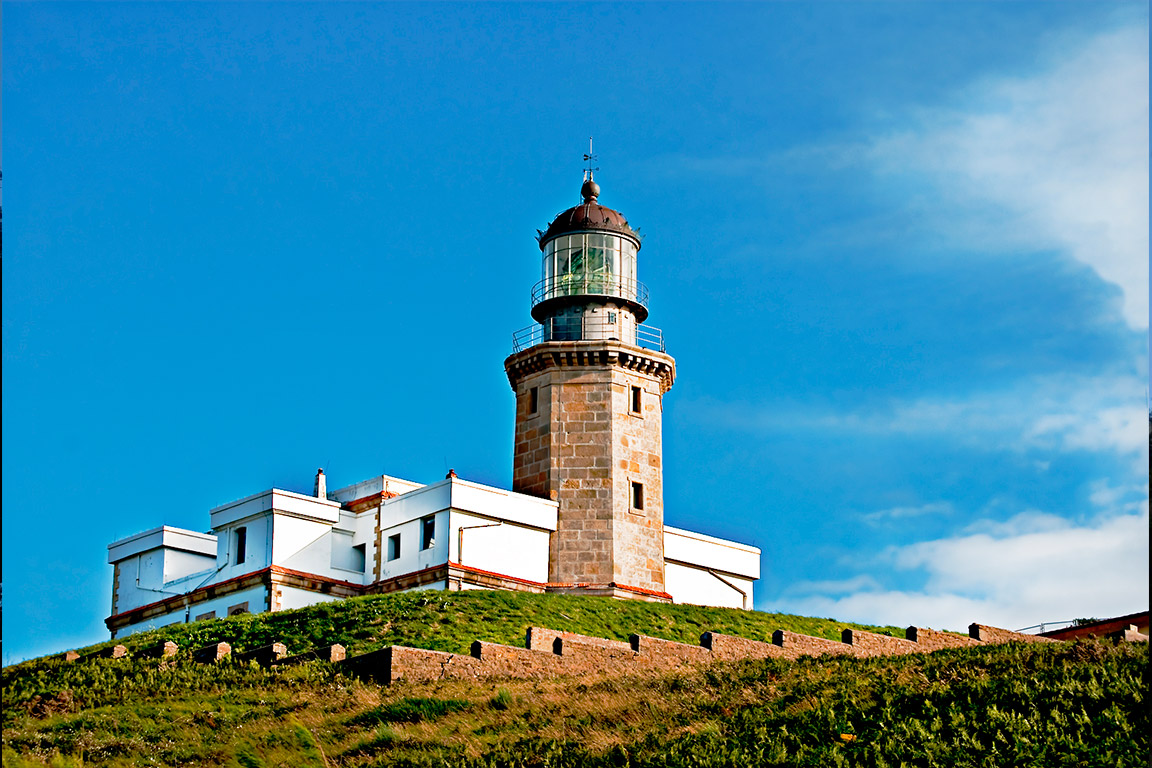 The first and only lighthouse in the Basque Country that is open to visitors can be found in Lekeitio. In addition to operating as a lighthouse, this building is also an interpretation centre for sailing techniques, where you can learn about the basics of sailing and experience the life of a sailor first-hand. During the visit, you can take a virtual trip on a boat and learn about the importance of lighthouses in guiding you at sea.

A good option that will allow you to continue enjoying the towns of Bilbao Bizkaia is to visit Lekeitio, one of the most beautiful coastal towns in our region. Other plans we can suggest include visiting the Basilica de la Asunción de Santa María, its port, wandering around the old town or crossing to the island of San Nicolás on foot. 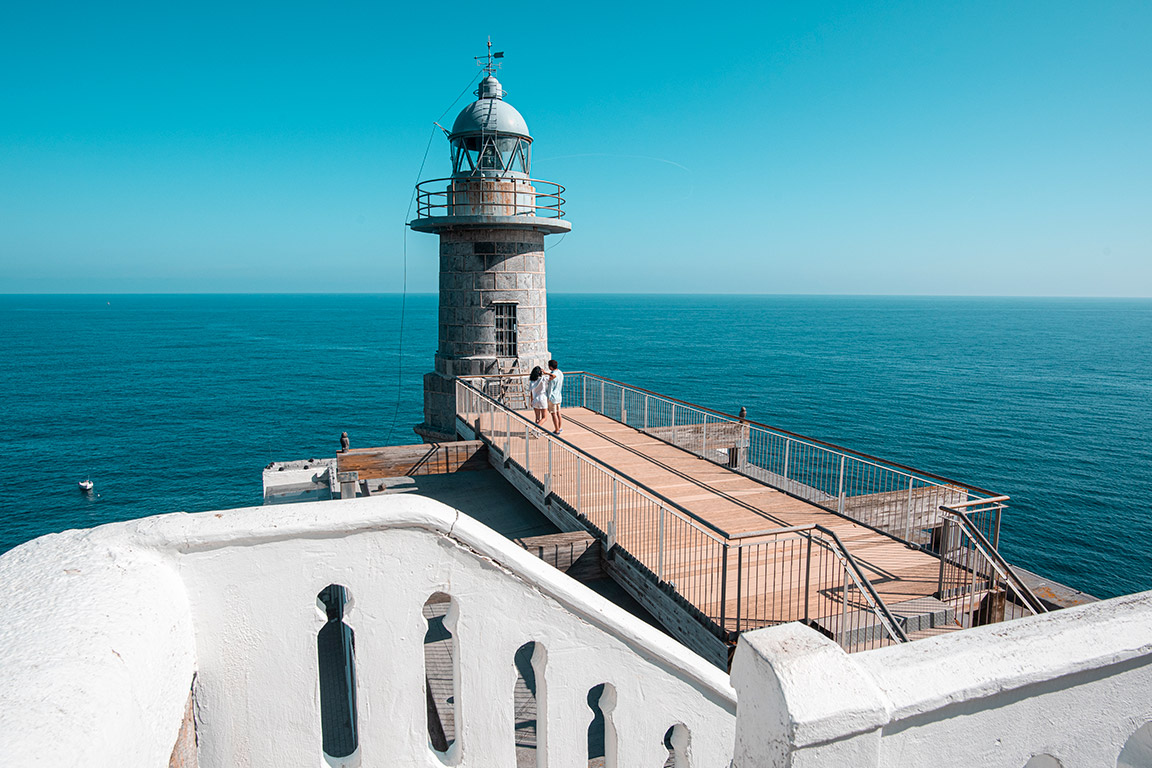