Bilbao Bizkaia Rock Day 2022, a one-day music festival that will host bands like Metallica, Weezer, or The Hellacopters, will arrive in Bilbao on 3 July.

Headlined by American band Metallica, who will be coming back to Bilbao after 15 years, the event will be a tribute to rock music. United by this common denominator, such a special celebration will bring together a variety of artists from different generations and styles, ranging from heavy-metal bands such as Metallica, to pop rock bands like The Regrettes; including Weezer’s alternative rock sound, The Hellacopters’ garage rock music, and Nothing But Thieves’ indie rock songs.

Bilbao Bizkaia Rock Day will be held at the new San Mamés Stadium, organised in collaboration with the Provincial Council of Biscay and Bilbao City Council.

As the main feature of the Bilbao Bizkaia Rock Day, the concert is expected to have a capacity of 45,000 people and tickets will go on sale from Thursday, 24 February. 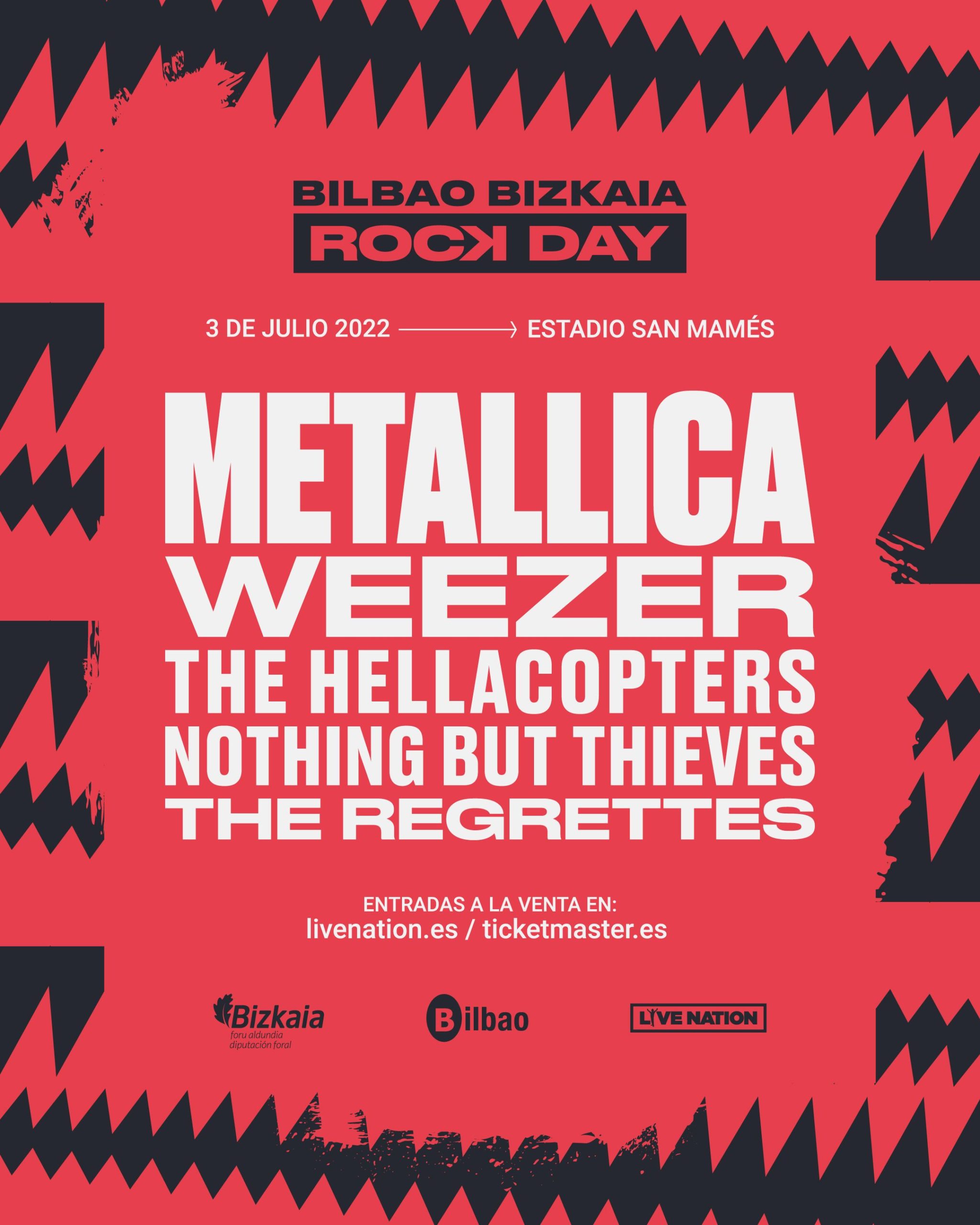