Impressive museums that contain astonishing works of art from all over the world, exhibitions where history is unravelled in front of our eyes, theatres in which timeless classic productions are shown, alternative stages that host the most innovative performances, and streets full of vibrant architecture and sculptures–Bilbao is always buzzing with culture and art. 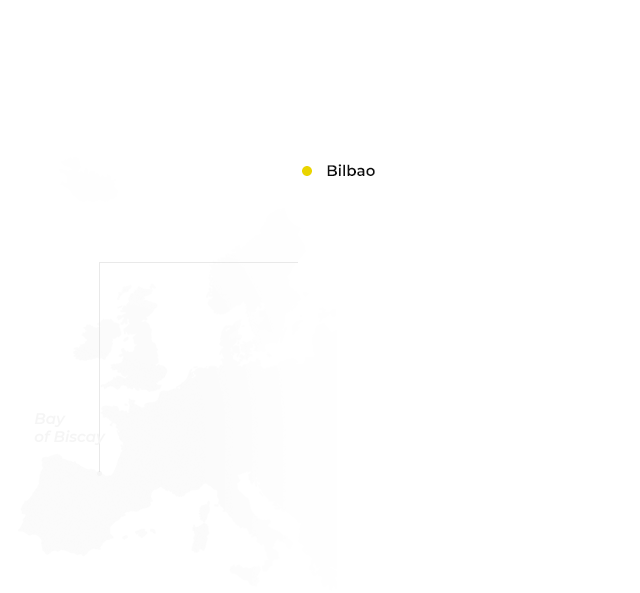 The city of Bilbao is open to all kinds of cultural expressions, housing a wide variety of artistic activities all year round. Someone who loves Bilbao as much as our #ArtLover Monika Araujo, who truly enjoys attending any of the exhibitions, events, and performances that are held in it, is undoubtedly the best guide we can have to explore its artistic facet. She will show us around the city and take us to her favourite corners with the intention of ‘arousing the curiosity of those who visit Bilbao to share my own experiences’.

To begin exploring the culture Bilbao has to offer, one of the first things #ArtLover Monika Araujo suggests is visiting its museums–each one more surprising than the last. To start with we can go to the amazing Guggenheim Museum Bilbao, an icon of avant-garde art and architecture in 21st-century Bilbao. The building, designed by Frank Gehry, is a spectacle itself. From the outside, we can admire its façade, covered in titanium panels that change depending on the colour of the sky. Inside, its curved shapes are equally outstanding, especially in the roomy atrium around which all the different rooms and levels are arrayed.

The works of art exhibited in the museum never leave our #ArtLover Monika Araujo indifferent either. There you can find masterpieces produced by the most renowned artists in the last hundred years–Serra, Kiefer, Rothko, Chillida, and Holzer to name but a few. The surroundings of the Guggenheim Museum Bilbao similarly house an impressive number of modern art works such as Maman by Louise Bourgeois, Tulips by Jeff Koons, or Puppy– one of the most cherished landmarks in Bilbao also by Koons–, a huge puppy covered with flowers that guards the entrance to the museum.

The Bilbao Fine Arts Museum is another must-see museum in Bilbao. This art gallery, founded in 1908, has a collection of over ten thousand items, among which we can see some of the most noteworthy masterpieces in world art history. Together with medieval religious carvings, the collection includes paintings as renowned as The Rape of Europa by Maerten de Vos, The Annunciation by El Greco, Lot and His Daughters by Orazio Gentileschi, Saint Peter in Tears by Bartolomé Esteban Murillo, Portrait of Martín Zapater by Francisco de Goya, Washerwomen in Arles by Paul Gauguin, or Lying Figure in a Mirror by Francis Bacon. The Bilbao Fine Arts Museum is also a meeting place for culture and it usually holds events related to the arts, temporary exhibits, lectures, or meetings with artists.

There are nine other museums in Bilbao that you can visit. The ItsasMuseum Bilbao is an original museum where–apart from seeing the close connection Bilbao has always had with both the Estuary and the sea–you can pay a visit to the vessels that are moored to its dock. The Archaeological Museum and the Basque Museum, both on Plaza Unamuno in Casco Viejo, are unmissable stops for those who want to learn about the history of Bilbao, Biscay, and the Basque Country in general–from their prehistoric origins to the present– and see how local customs have evolved. In the neighbouring Calle Iturribide, one of the most frequented streets for drinking wine and having pintxos in the Old Town, The Museum of Passages of Bilbao tells us the history of the Easter processions in Bilbao from the 16th century onwards.

The Reproductions Museum Bilbao, located in Calle San Francisco, displays replicas of some of the greatest works in art history, and the Diocesan Museum of Sacred Art, accommodated in a former convent in the neighbourhood of Atxuri, exhibits the best pieces of religious art in Biscay. The modern San Mamés Stadium, home to Athletic Club, houses the Athletic Club Museum–an unforgettable experience not only for the club’s supporters but for any football fan at large. Other museums you can visit in Bilbao are the Bullfighting Museum, in the Plaza de Toros Vista Alegre, the Museum of Basque Nationalism in Calle Mandobide, and the Euskararen Etxea, which is the perfect place to explore and understand the development of the Basque Language throughout its thousands of years of history.

The theatres in Bilbao have a broad cultural programme available all year round–an offer to suit all tastes: from classical plays to revolutionary performances, including operas, zarzuelas, electronic and classical music, folk, pop, or rock concerts. In our #ArtLover Monika Araujo’s words, you can see ‘wonderful things on the stages of these buildings, which are architectural spectacles in themselves’.

The Campos Elíseos Theatre, known in Bilbao as ‘la bombonera’ because of its exceptional Art Nouveau façade, is a wonderful example of modernism in the city. The Bilbao Philharmonic Society holds its concerts in one of the oldest chamber music halls in Europe. Bilborock, a 17th-century church transformed into a space for concerts located in the neighbourhood of San Francisco, is the perfect setting to listen to contemporary music. Sala BBK, at the heart of Gran Vía, welcomes all types of events connected to urban culture, including concerts, exhibits, film showings, and talks. There is room for artistic experimentation in Bilbao too. Bilbao Arte (opposite San Antón Church and its Bridge), ZAWP, Pabellón 6, and Espacio Open in Zorrotzaurre are alternative spaces in which the flow of creativity, innovation, and new concepts is guaranteed at all times.

Between the River Nervión and the medieval area of the city, the Arriaga Theatre is one of the most iconic cultural landmarks in Bilbao. Since its doors were first opened in the Biscayan capital in 1890, it has delighted people with uncountable plays, operas, and dance performances. Inspired in the Paris Opera House, this Neo-Baroque building was named after local composer Juan Crisóstomo Arriaga, a musical prodigy. He composed his first piece when he was only eleven and his first opera at the age of fourteen. Despite his premature death, at age 20, his talent left us a truly remarkable repertoire that does not cease to amaze us even today.

Watching a play or a concert in the Arriaga Theatre, sitting either in the stalls of its stunning hall or in one of the boxes that surround them, is certainly quite an experience. But if you really want to discover the essence of this historic building, you must take a guided tour of the theatre. It will take you on a journey through both its history and secrets, where you will have the chance to see not only the hall, the imperial staircase, and the foyer, but also other spaces that are not normally open to the public such as ‘The Orient Express’ room, the 'Isabella' room, the Royal Box, and a very interesting exhibition of opera and zarzuela costumes.

Standing next to the river is the Euskalduna Conference Centre and Concert Hall, a multi-purpose space built in Abandoibarra in 1999. Its corten steel exterior and its shapes remind us of the vessels that used to be built in the shipyard that decades ago occupied the same space. The Euskalduna, as the building is popularly known, houses plenty of performances, congresses, and all kind of related events due to the versatility of its facilities. It also offers guided tours that allow visitors to explore the ins and outs of the venue, always ready to present the most ambitious programmes.

Art in Bilbao is not limited to museums and theatres. The city is an exhibition space itself with almost 150 sculptures scattered across its length and breath. Our #ArtLover Monika Araujo, who is constantly looking for ‘enjoyable experiences to have fun with the family’, strongly recommends walking through the city’s streets and exploring the art in them by following, for example, the route that takes you to see the murals in Bilbao La Vieja, Olabeaga, and La Salve Bridge. Plenty of works of art will surprise you as you stroll along avenues and squares–The Oval Shaped Variant of the Spheres’s Idleness by Jorge Oteiza, opposite the City Hall; the bust of Miguel de Unamuno in the square of the same name in Casco Viejo; the Alegorías a la Música at the Arenal Kiosk and the sculptures of Pan and Baco at Paseo del Arenal.

Right in the middle of the Ensanche, we can find the sculptures of queens and ladies-in-waiting by Manolo Valdés, three sculptures in homage to architects and engineers by Vicente Larrea, The Walker by José Ramón Gómez Nazabal, or the bust of American statesman John Adams by sculptor Lourdes Umerez, which is situated next to the Biscay Foral Delegation Palace.

Abandoibarra, the area of Bilbao that has undergone the most profound transformation in the last few decades, is dazzling not only because of its astounding buildings but also thanks to the wonderful walks it has along the estuary. There you can admire sculptures created by world-renowned artists as well–Explorers Book by Anthony Caro, Begirari IV by Eduardo Chillida, Judith by Markus Lüpertz, Maia by William Tucker, or the curious Sitios y lugares by Ángel Garraza. On Paseo de Uribitarte, we must make special mention to Dora Salazar’s Sirgueras, a sculpture of four women holding a rope that pays homage to the women who back in the day pulled the boats up the river with the only help of a thick lanyard.

Among hundred-year-old trees in the lush Doña Casilda Iturrizar Park, apart from a pond with ducks that fascinates the young ones, we will be welcomed by impressive works of art like To the men and women who… by Néstor Basterretxea, the Monument to Aureliano Valle by Quintín de Torre, the Homage to Clown Tonetti by Luis Larrinaga, or the lovely sculpture Leyendo by Joaquín Lucarini. 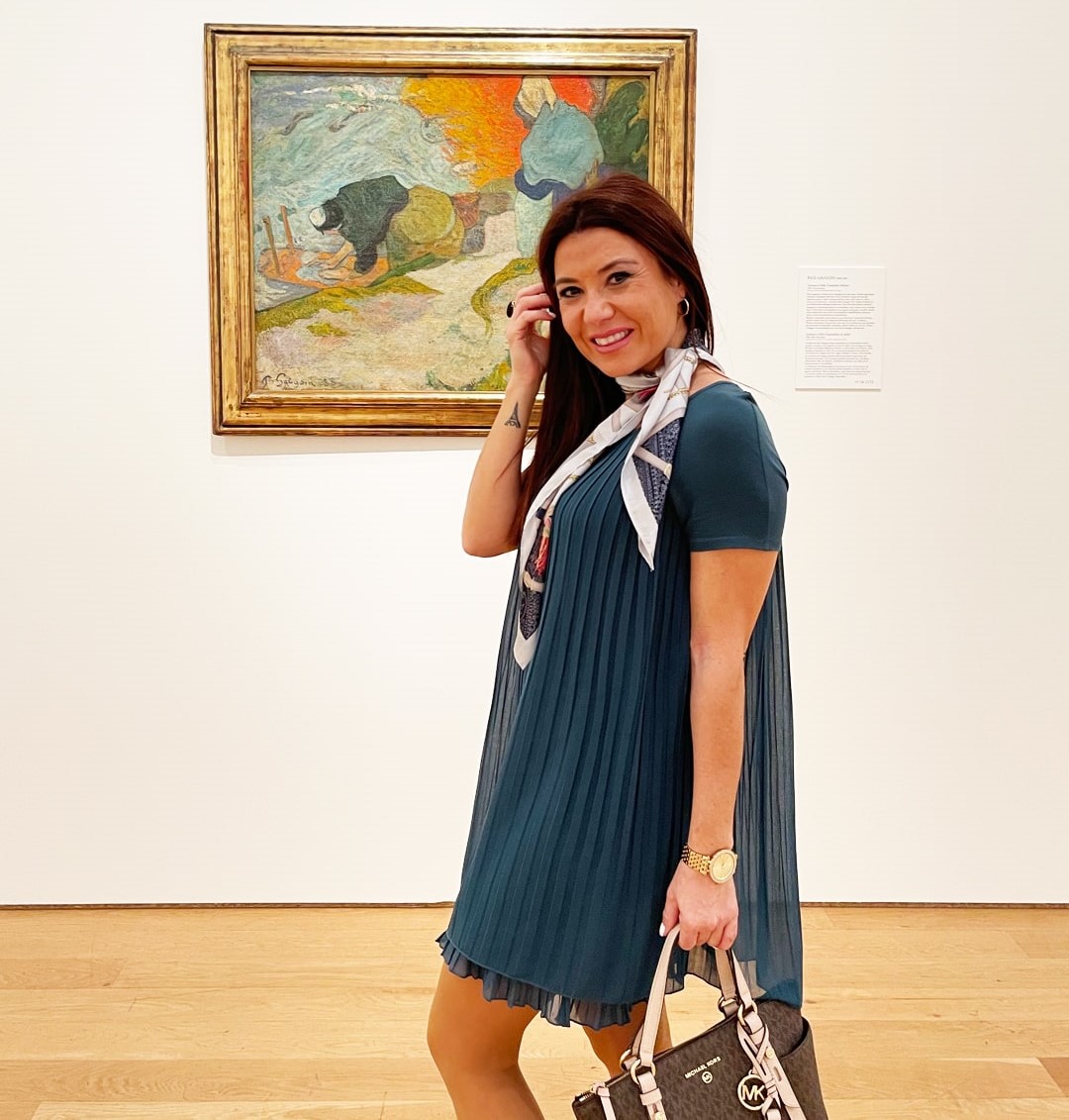