The 14 stars of Bilbao Bizkaia

The talent of the chefs in Bilbao Bizkaia has been rewarded again this year with no more and no less than 14 Michelin stars.

Below we present all the Michelin-starred restaurants that you can find in our region; from those that offer traditional cuisine to the most innovative.

The 12 Michelin-starred restaurants in Bilbao Bizkaia

For another consecutive year, the haute cuisine of our region has been awarded 14 Michelin stars, shared among 12 restaurants. This is the list of the restaurants obtaining this highest of gastronomic recognitions:

Located in Larrabetzu, Eneko Atxa's Azurmendi restaurant is the only 3 star restaurant in our region. Its cuisine brings together our culture, customs and way of doing things which walk together towards the future. One of the fundamental pillars for both the restaurant and Eneko Atxa is sustainability, which is reflected in both the cuisine and the facilities. 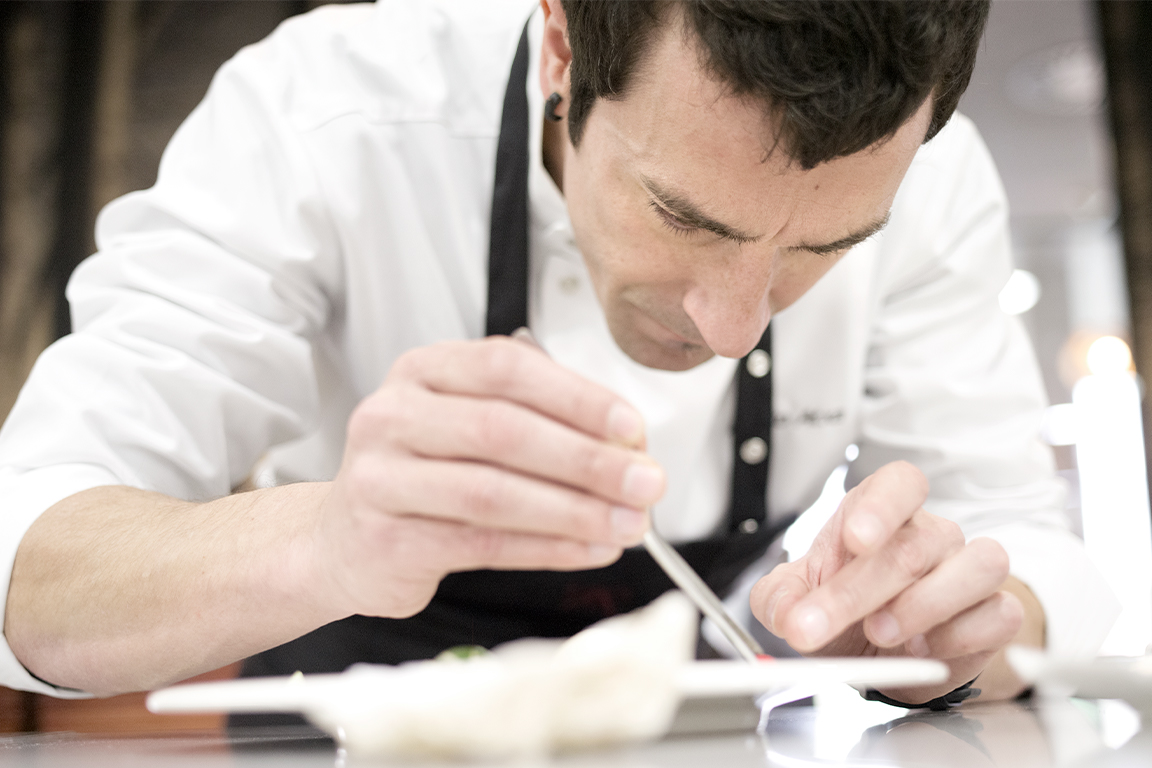 This is the restaurant of the renowned chef Martín Berasategui, one of the chefs awarded the most stars by the Michelin Guide, and directed by the chef Raúl Cabrera, who strictly upholds the essence of Berasategui's culinary creations. As one would only expect, the restaurant is located next to Bilbao estuary itself, in the heart of the old town. 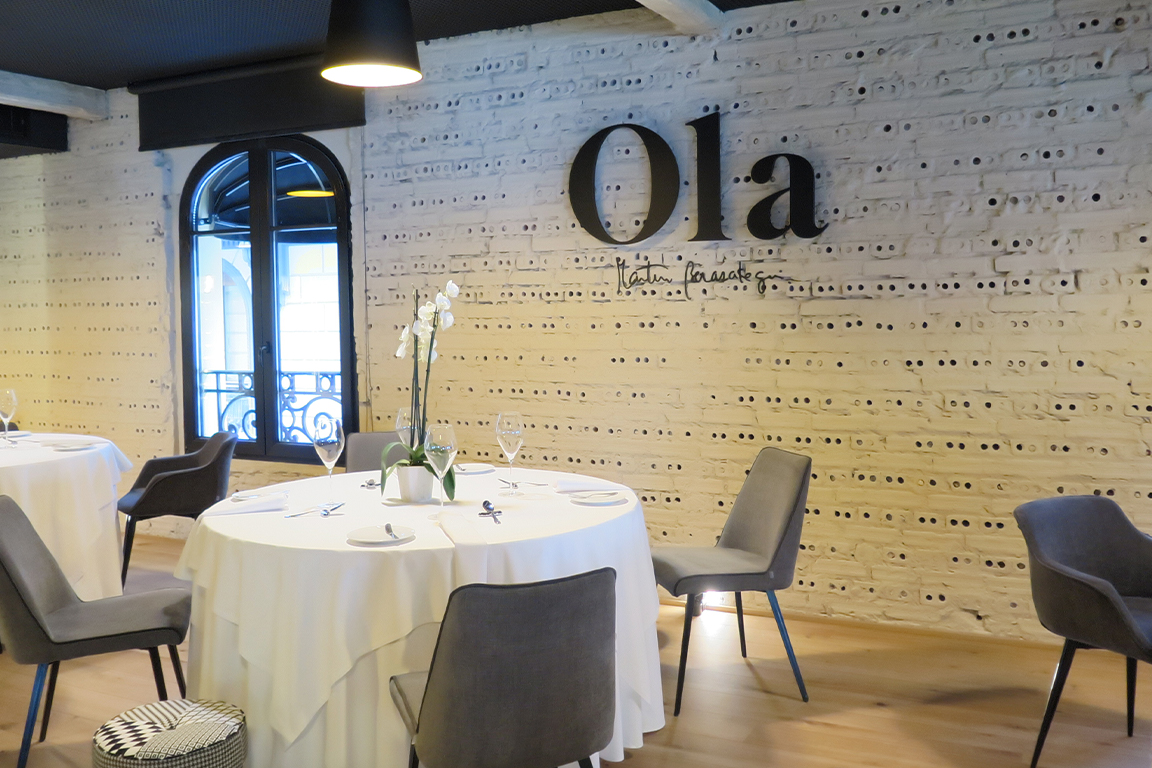 The Guggenheim Museum Bilbao houses all kinds of works of art, and among them is Nerua, one of Bizkaia’s Michelin-starred restaurants. Directed by Josean Alija, its cuisine adapts to the flows of nature. It offers a local and innovative culinary experience, with a focus on the vegetable gardens, the sea and the farms around it. 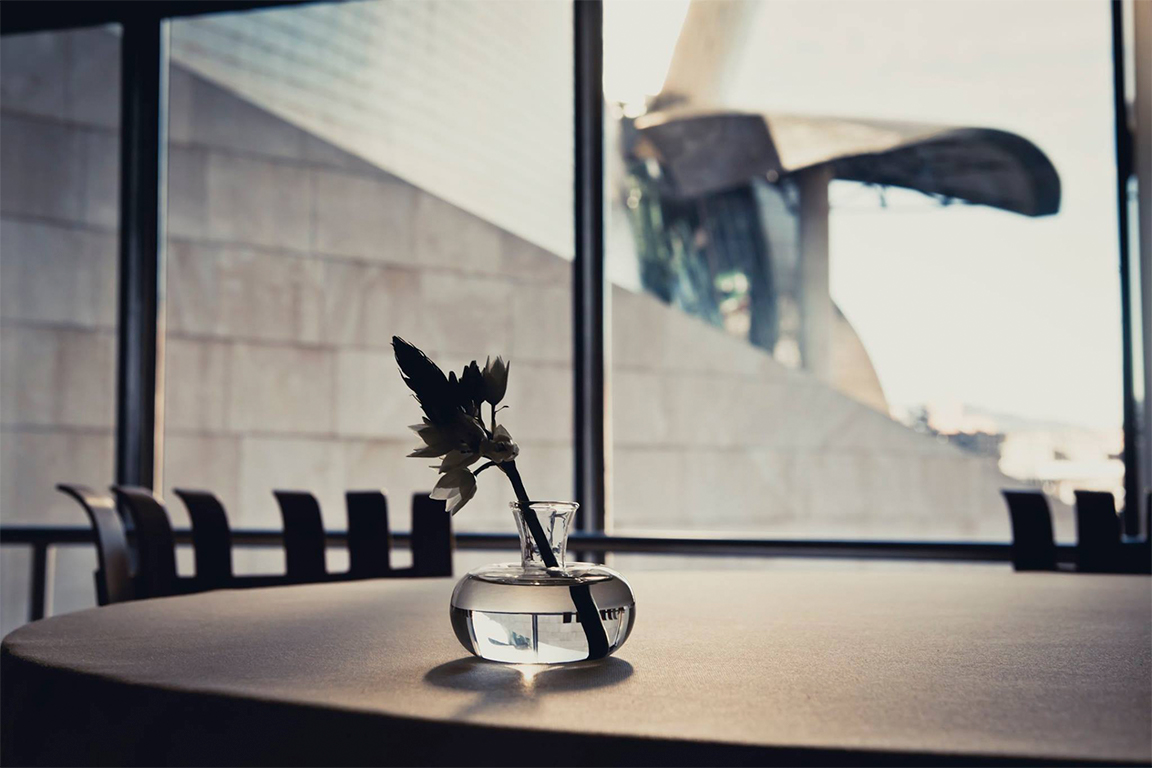 Fernando Canales and Mikel Población use the highest quality cuisine as their way of expressing themselves, giving rise to all kinds of culinary creations that culminate in an unforgettable experience. Its success lies in the perfect fusion of traditional Basque cuisine with the latest technological advances. The restaurant is located in Bilbao, in an old stained glass factory. 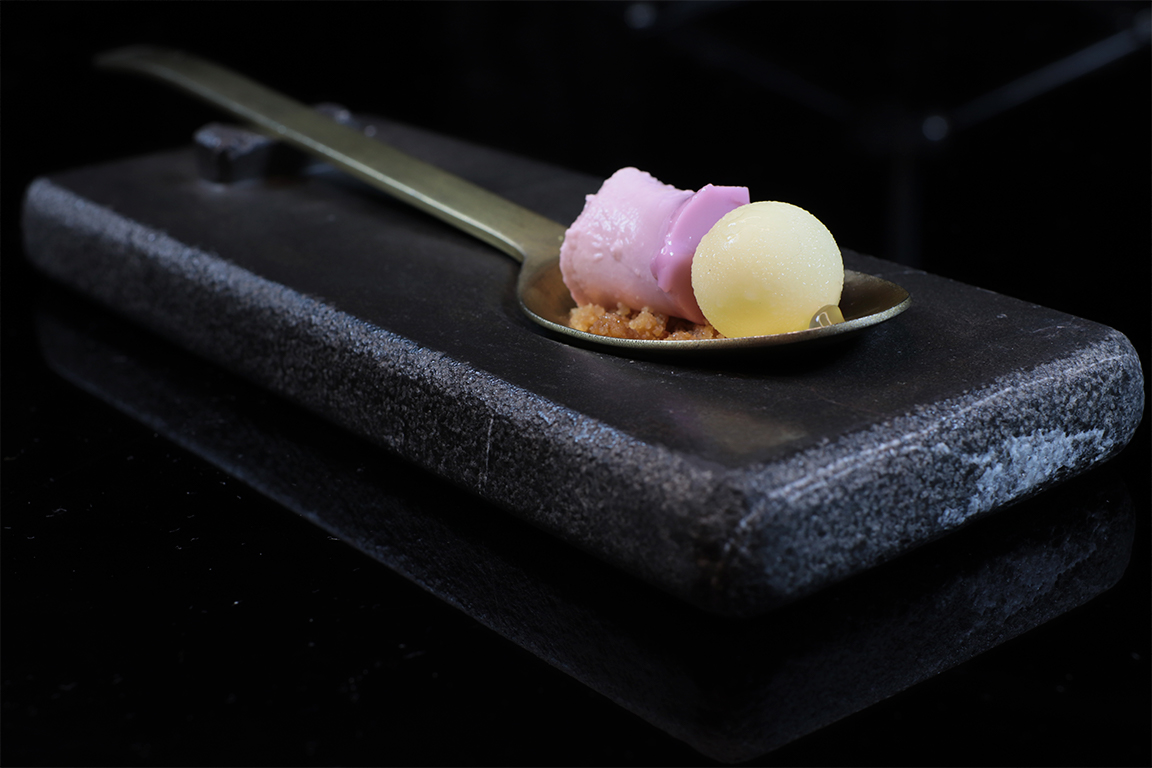 In addition to Azurmendi, Eneko Atxa's work has also been recognised in another of his restaurants, Eneko. This time, the chef offers us a single tasting menu called "Sutan", designed for those who are looking for a more accessible dining experience with all the hallmarks of Eneko Atxa. Both the Azurmendi restaurant and Eneko are located in Larrabetzu, next to one another. 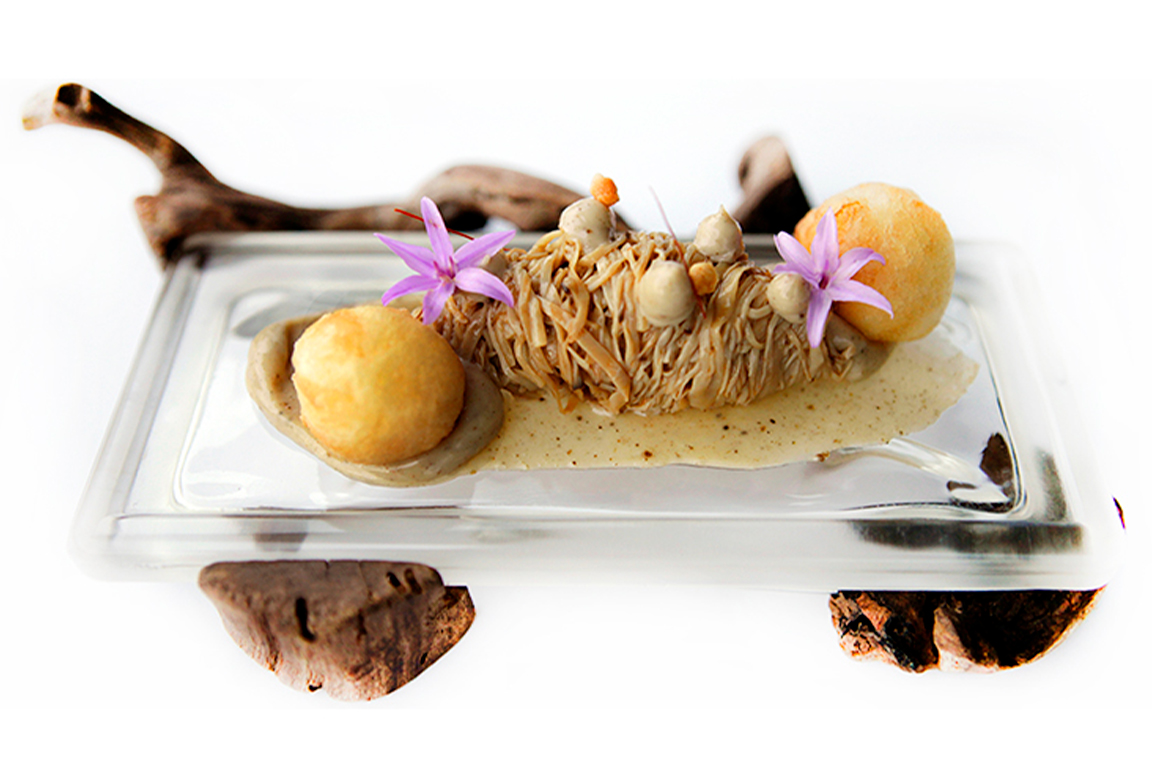 Next to the Mercado de La Ribera and San Antón bridge, or to put it another way, in the very heart of Bilbao, chef Álvaro Garrido is in charge of the kitchen at the restaurant Mina. His maxim is the use of local and seasonal produce in his cooking, which results in dishes of great flavour and quality. 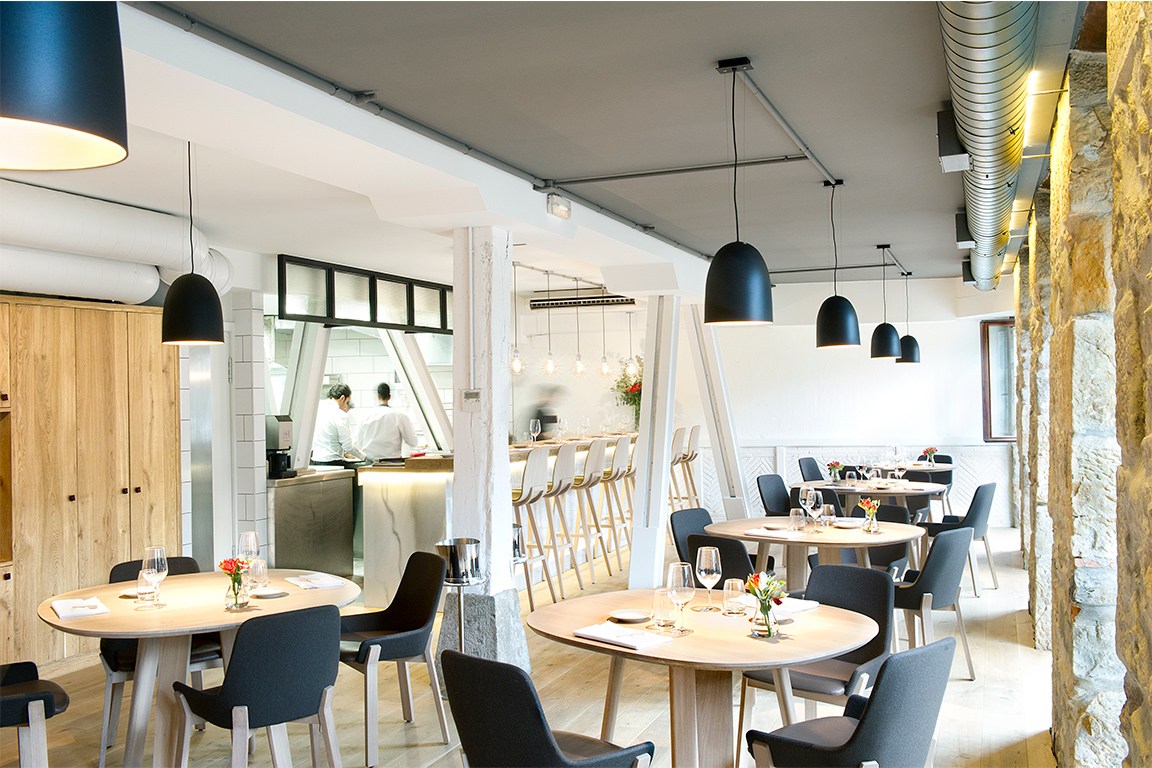 There is no better place to enjoy authentic traditional Basque cuisine than in a 15th century farmhouse. That is precisely what the restaurant Boroa offers us, a gastronomic journey produced in the traditional kitchens, taking our cuisine to the highest level. The restaurant owes its name to the neighbourhood of the municipality of Zornotza in which it is located, Boroa. 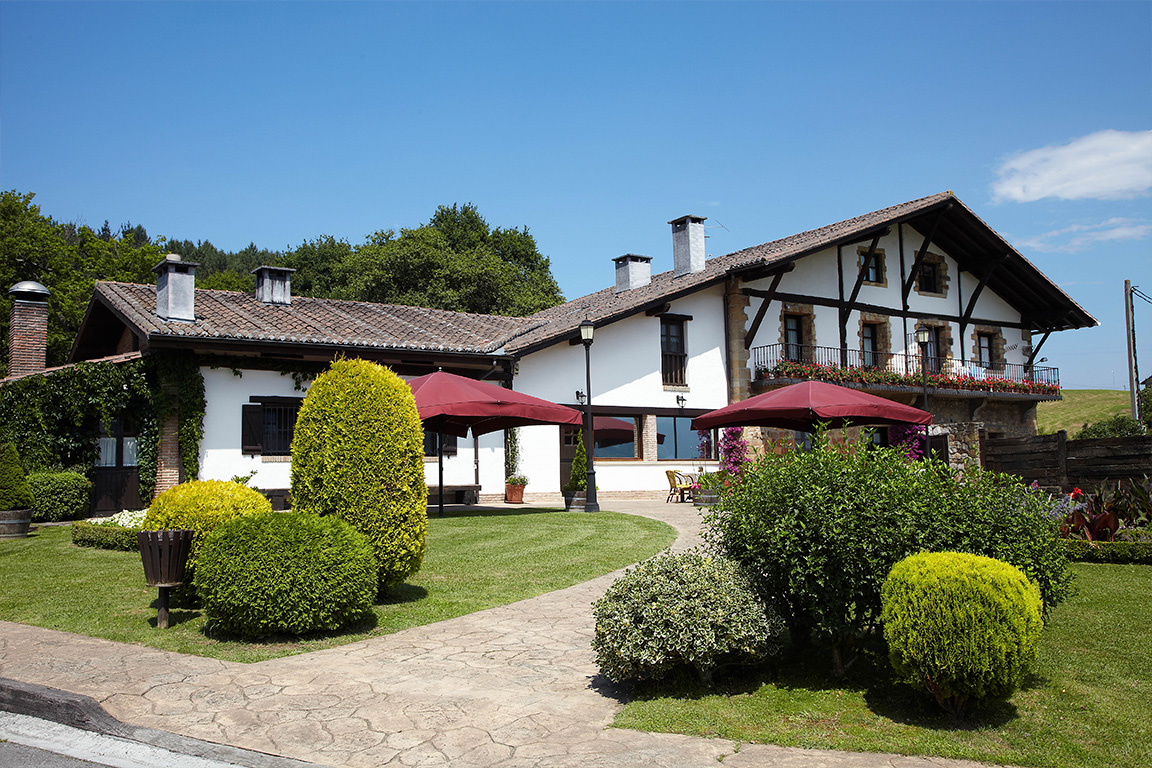 Another leading venue for traditional Basque cuisine, and for cooking internationally, is the Asador Etxebarri. It is located in Axpe, in a unique setting, surrounded by nature and sitting at the foot of Mount Anboto. Chef Bittor Arginzoniz is in charge of keeping the embers alive in the kitchen and grilling the dishes that use only the best ingredients. Etxebarri is considered one of the best grill restaurants in the world. 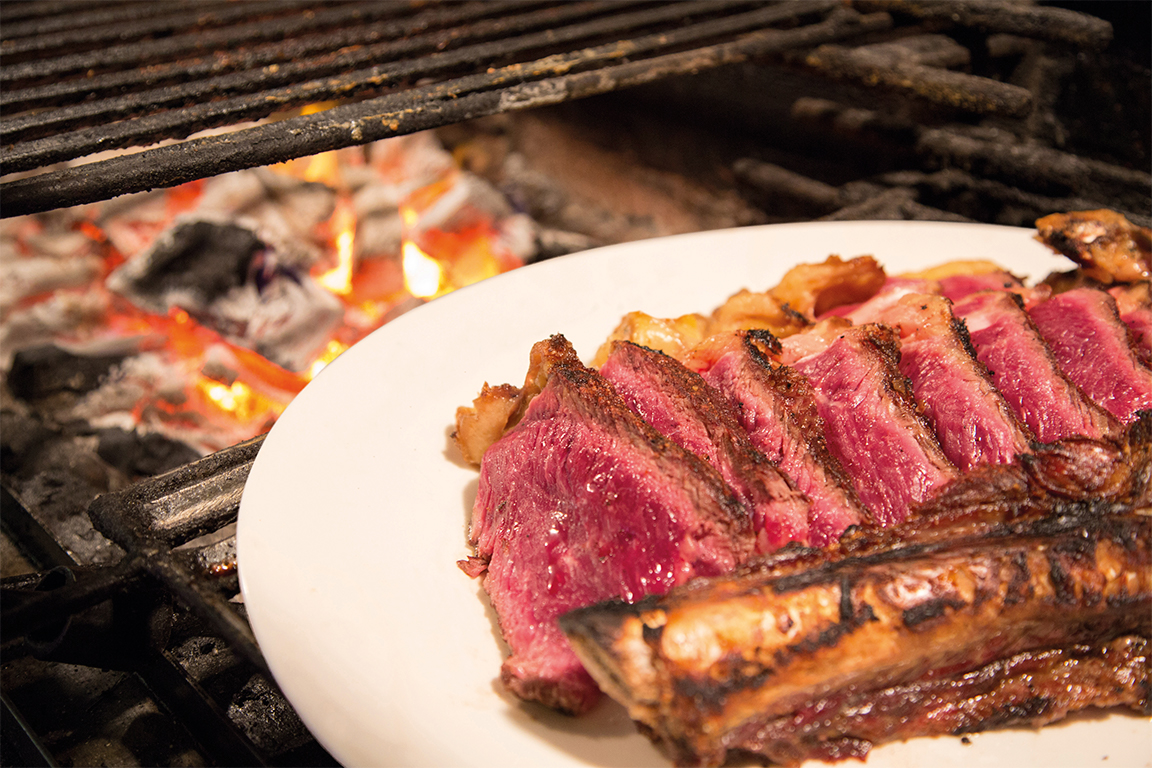 Located on the street in Bilbao called Mazarredo, since 1989 the protagonists in the cuisine of chef Daniel García have been, and still are, both local products and the production techniques used. The restaurant's décor gives us clues about the type of dishes that are prepared here, traditional and innovative at the same time. 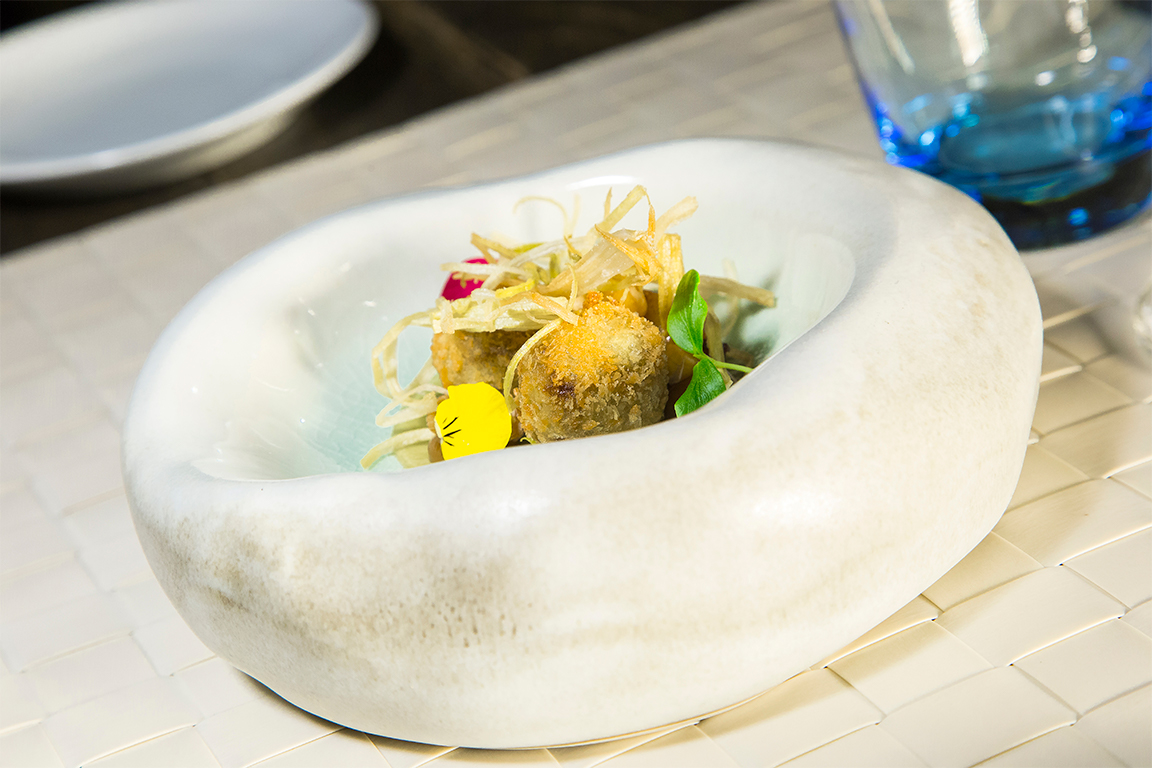 Gastronomy is culture, and that is what you can feel when you enter this restaurant located in Galdakao. The restaurant is in a beautiful farmhouse that is typical of Basque culture. That's where traditional cuisine comes to life and forms a fusion with more innovative elements. 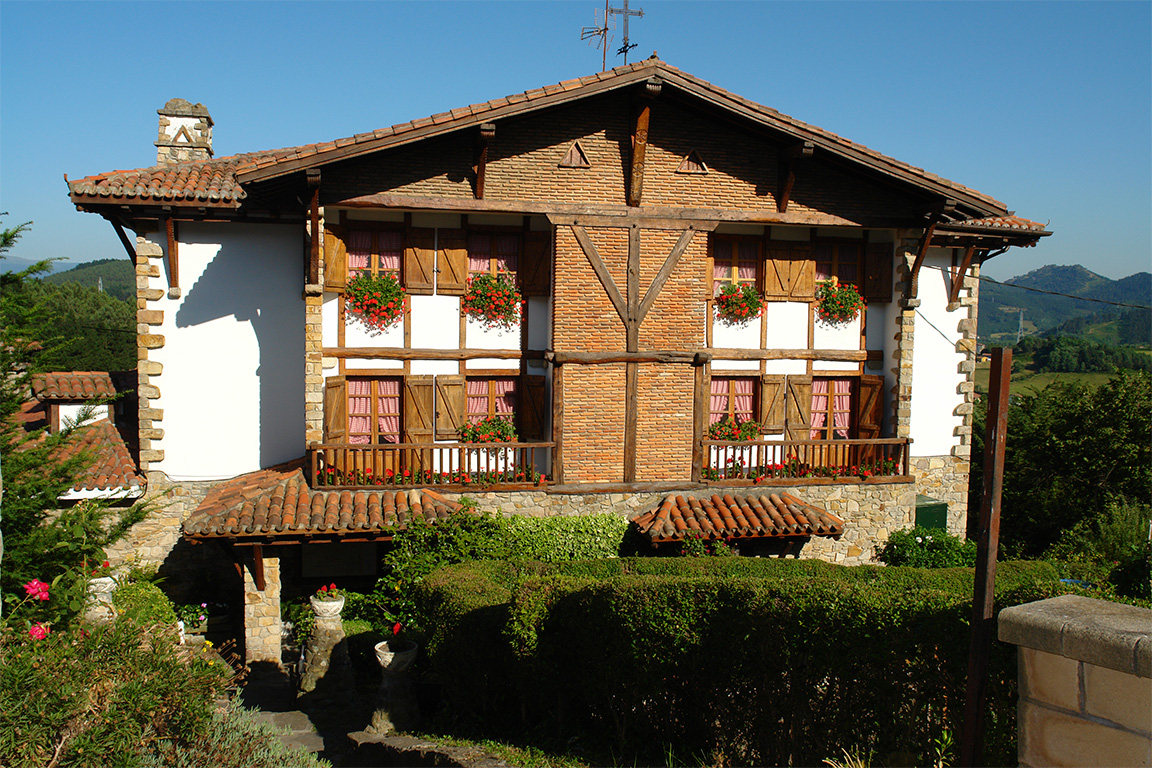 The relationship between the Basque people and the sea is what drives the cuisine of Sergio Ortiz de Zarate, in Bilbao. The essence of the food is top quality marine products supplied by the main local ports. An innovative and avant-garde gastronomic proposal to test the most exquisite palates. 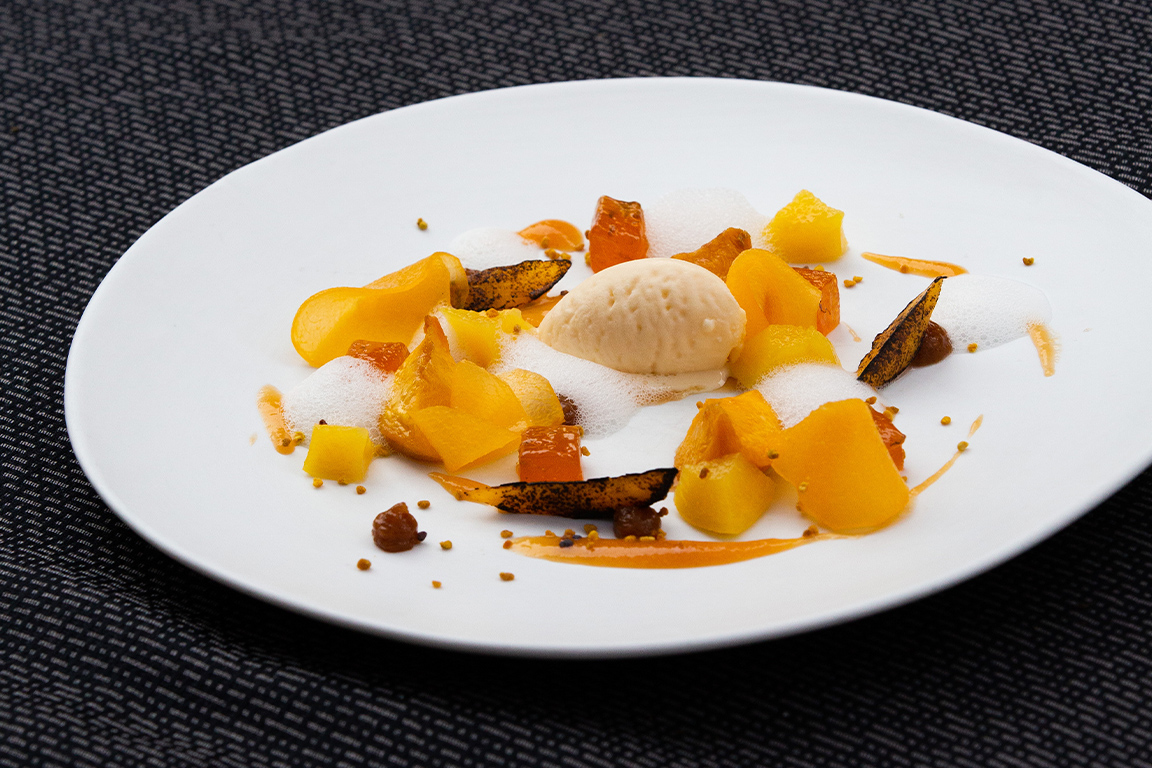 A seventeenth century traditional Basque farmhouse surrounded by vineyards and located in Dima, between the natural parks of Urkiola and Gorbeia, make the restaurant Garena the ideal place to taste its gastronomic offer created from traditional Basque recipes. Chef Julen Baz offers us a culinary proposal with its roots in ancestral farmhouse cuisine and with a vision of the future. 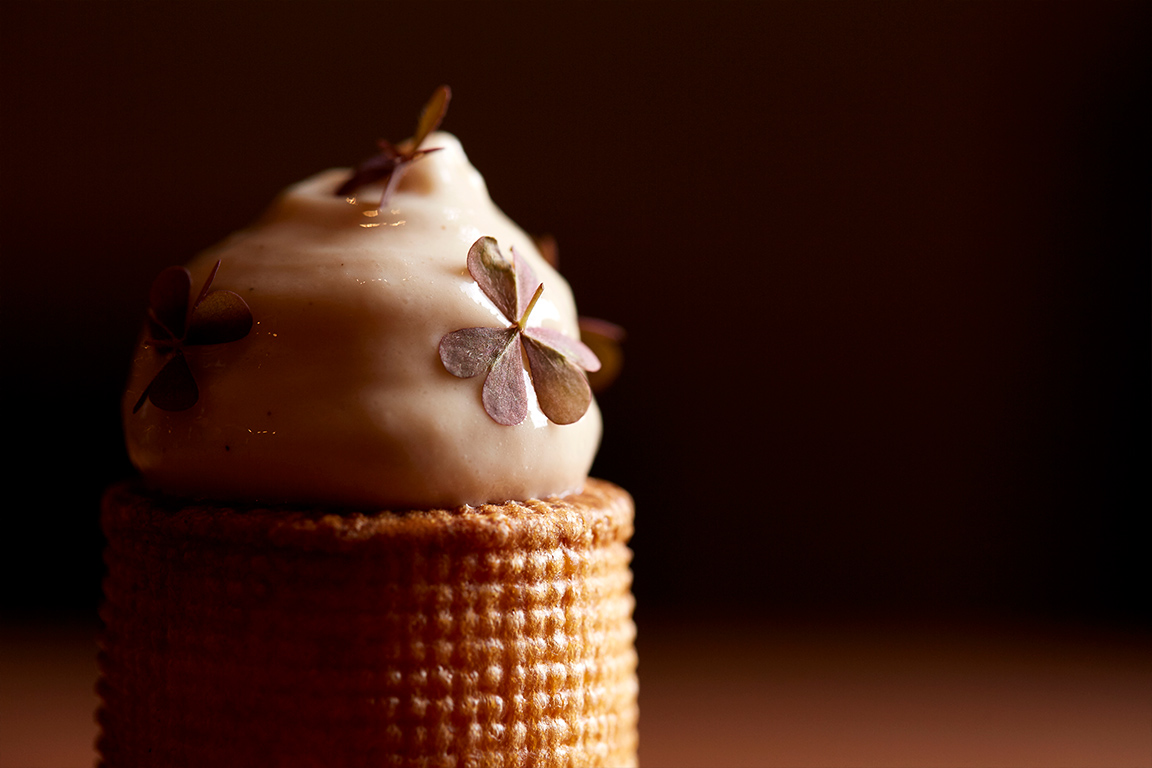